Every year, APS honors a select group of members with the 5 Sigma Physicist Award for performing outstanding advocacy that is crucial to maintaining the strength of the U.S. scientific enterprise. And throughout 2018, the awardees partnered with the APS Office of Government Affairs (OGA) to write op-eds and participate in meetings that helped advance the Society’s policy goals. 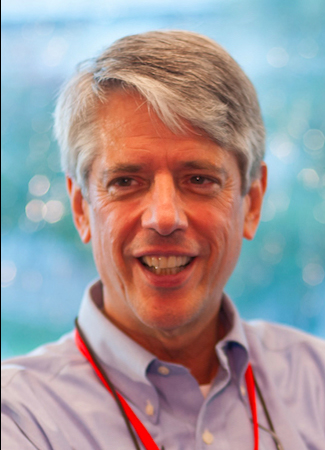 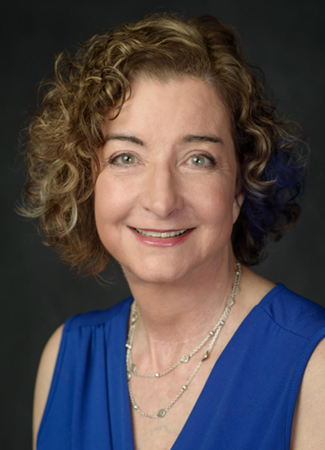 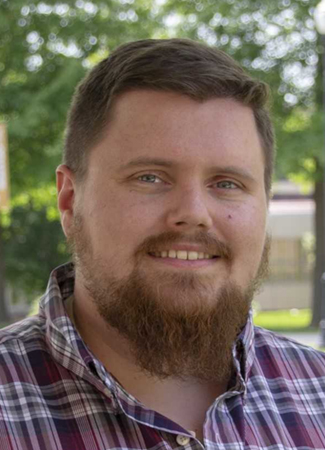 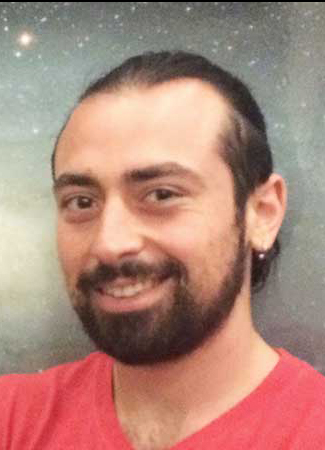 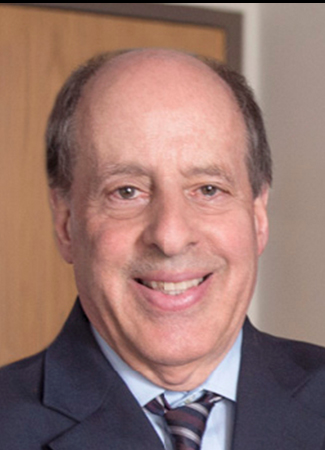 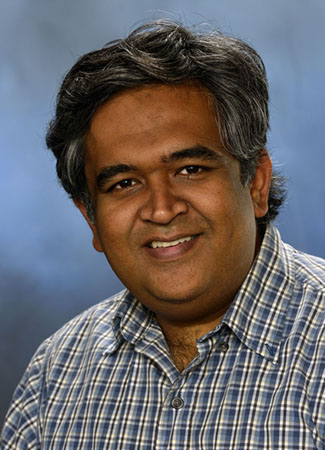 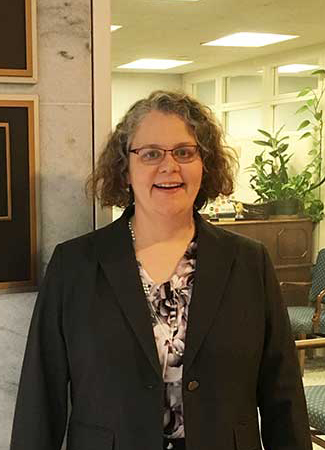 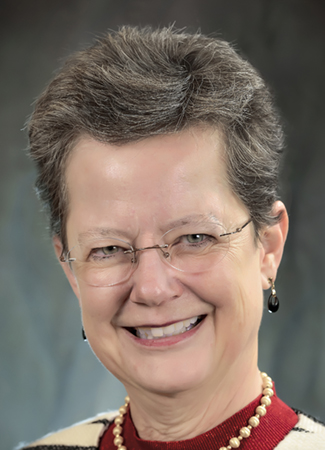 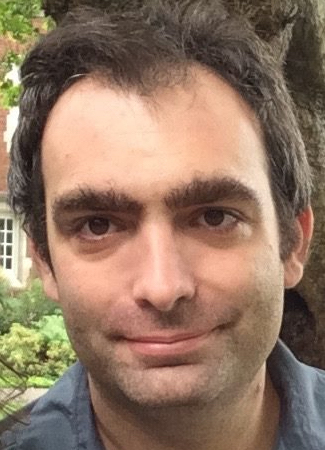 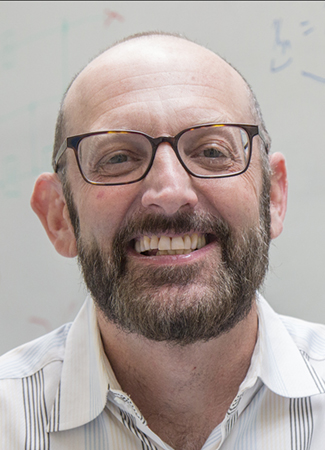 “It is terrific that APS can recognize individual efforts to advocate for science, but of course such work is done in strong collaboration with OGA, as well as other APS members and leadership, so the recognition is shared praise for teamwork,” said APS Physics Policy Committee Chair Roger Falcone, a physics professor at the University of California in Berkeley and 2018 APS President.

Falcone received the 5 Sigma Physicist Award for his work with OGA in leading dozens of meetings with congressional staffers and executive branch officials on the topics of scientific mobility and education policy.

Regarding the importance of science policy, Falcone said, “science policy, like other issues that the government deals with, are generally much more complex than most of us first imagine, so we need to provide the relevant data to help decision making.”

2017 APS President Laura Greene, who also led numerous meetings with congressional staffers and executive branch officials, said she was “speechless” when she received the award and mentioned that “it was really the complementary skills of Roger and me, working with the APS OGA, that set the standard.”

Greene, who is a physics professor at Florida State University and chief scientist at the National High Magnetic Field Laboratory, added, “Science policy advocacy is crucial. We need to help our politicians (and the public) understand the great benefit fundamental and applied science brings to society, and our nation.”

Justin Powell, a graduate teaching assistant at the University of Tennessee, Knoxville, and Shua Sanchez, a Ph.D. candidate at the University of Washington, both authored key op-eds that were part of a nationwide campaign by the APS OGA concerning student loans. The effort successfully killed a federal legislative proposal that would have eliminated loan provisions that are crucial to physics undergraduates and graduate students.

“I am honored to be recognized by APS,” Powell said. “There is an ever-growing need for scientists to be a part of the conversation in policy decisions. If we don't advocate for policies that help support the next generation of science students and researchers, then we can't expect our fields to grow and flourish. Organizations like APS are instrumental in providing a platform for scientists to be heard.”

“I am proud that I was able to work with other physicists to encourage our government to make smart investments in graduate education,” Sanchez said. “The scientific advancements made by academic research is dependent on a government that values science and scientists, and it’s important that we get out of our labs once in a while to meet with our representatives and make positive change in society.”

Don Q. Lamb, professor emeritus in the Department of Astronomy and Astrophysics at the University of Chicago, wrote about the importance of making the F-1 visa “dual intent,” enabling international students to simultaneously study and apply for citizenship in the United States.

“I was surprised and honored to receive the award. Receiving it means a great deal because addressing important issues that involve science is something I care deeply about. Members of APS and the APS Office of Government Affairs make a great team in advocating for policies the APS thinks are important.”

Scientists have an important role to play in advocating on science policy issues, explained Lamb.

“The challenges involving science that the U.S. and the world face seem greater than ever. Scientists have a special understanding of these challenges. I feel we, therefore, have a responsibility to share our knowledge and our judgment about policies and address them with the public and key decision makers.”

“I am extremely delighted and honored,” he said about receiving the 5 Sigma Physicist Award.

On the importance of science policy advocacy, he said, “I believe having formal pathways for dialogue between the scientific community and policymakers is crucially important for prioritizing resource allocation and directions of science and technology research to meet the demands of the socio-economic and security needs of our country's future.”

Kristan Corwin, former physics professor at Kansas State University, was elated to be honored for her advocacy roles as a participant in the APS Congressional Visits Day and author of an op-ed on the link between science and the workforce.

“I very much enjoyed my visit to Capitol Hill with fellow physicists to explain the importance of certain key issues to the offices of both my senators and my congressman at the time. The conversations were both challenging and stimulating, and I would encourage others to participate in Capitol Hill visits,” she said. “Afterward, I prepared an op-ed on the importance of educating new scientists from a young age, and I very much appreciate the help and support I was given by my colleagues at Kansas State University and APS in navigating that process."

Corwin added, “I have recently become a federal employee, with less opportunity for advocacy. However, I encourage APS members to contact their elected representatives and take advantage of the opportunities for advocacy available to them.”

Julia Phillips, retired vice president and chief technology officer at Sandia National Laboratories, was a co-author of an op-ed outlining recommendations in the report, “Neutrons for the Nation,” a study by the APS Panel on Public Affairs. In addition, she participated in key meetings to promote the report.

“I was so surprised and honored,” said Phillips. “I do things because I think they are important, and the recognition is an unexpected but much-appreciated bonus.”

As for why Phillips believes advocacy is important, she said: “Neal Lane, President Clinton’s science advisor, spoke frequently and eloquently about the need for all of us to be ‘citizen scientists.’ By that, he meant that we all need to engage with the public and policymakers in constructive ways—both talking about our work and its importance, and really listening to hear the questions and concerns of those who come from different backgrounds. Neal’s call to action really resonated with me, and I have long tried to engage with policymakers and the public to explain what my colleagues and I do, and why they should care about it. Engaging with non-scientists is a great opportunity to think about what we all do in a new way and to share the beauty, excitement and impact of our work.”

Eliot Kapit, associate professor at the Colorado School of Mines, met with the science staffer from the office of Senator Cory Gardner (R-CO) to ensure that key language was included in the National Quantum Initiative Act (NQI), which was signed into law by President Trump last year.

“I'm very honored to receive the award! I was happy to help the APS work with Senator Gardner's office (which was very receptive and helpful) to ensure that the National Quantum Initiative Act was properly structured to best fund quantum technology research without cutting support for other areas,” said Kapit.

He added, “I think science policy advocacy is vital, because, almost definitionally, new research is strange and complex, and its purpose and importance are generally not at all obvious to people without advanced degrees or training. So, if we as physicists don't make the effort to explain in plain English what we're doing and why it's interesting and valuable, then we can't expect anyone to care, much less want to support our work.”

Ivan Deutsch, a physics and astronomy professor at the University of New Mexico, also played a role in ensuring that the language in the NQI was appropriate by meeting with staffers in the office of Senator Tom Udall (D-NM).

“Honestly, it was an amazing surprise. I never expected that the small part I played in working with the American Physical Society to get the National Quantum Initiative ‘right’ would be directly recognized. I was doing what I thought was necessary to ensure that the NQI would best benefit all of the physics community. I know that there are many others who have been tireless in their efforts and to whom we owe a debt of gratitude.”

Science policy is important, he added, because “as we all see, science is becoming increasingly politicized. Only scientists can provide the necessary perspective to policymakers to ensure that key goals of discovery and innovation are carried out in a way that benefits all of society.”

“The 5 Sigma Physicist awardees are representative of the best in science, and we are thankful that they volunteered their time and expertise to advance science policy goals. We congratulate them on a job well done and look forward to working with them and many other APS members in the future,” said Slakey.

The author is the Senior Press Secretary at APS.