The Workshop and the World

Four hundred years ago, Francis Bacon had a terrific idea. Let’s stop learning about nature accidentally. Each country needs to establish laboratories for people to investigate nature systematically. The labs can collaborate, and countries can use the findings to govern better. This will make human life, and the fortunes of the countries, flourish. Inspired by this vision, various nations began to train and support science, and have now built up what is in effect a global scientific workshop.

What went wrong? In the past few years in particular, more blatantly than ever, politicians and others are confident they can ignore the findings of the workshop.

Lauren Fairweather’s song “It’s Real for Us” is about how a young person’s love for the magical world of Harry Potter helps her cope with a world she finds difficult and alien. Substituting magic for what’s real sometimes helps individuals pursue their desires and dreams. Turn this upside down, however, and you get the current science denial worldview of many politicians, though without Fairweather’s self-conscious irony. Whether they actually believe in the magical world or are spinning things to get votes does not matter; what matters is that their substitution of myths and cherry-picked or fake facts works for them and their voters. 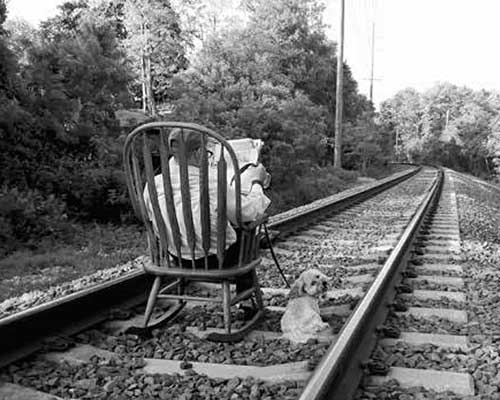 “Why is this person comfortable?”

Denouncing, conducting exposés, and doing epistemology have little effect. Denouncing science denial leaves intact the social and political atmosphere that fosters it. Exposés are ignorable and can be portrayed as tainted. Conducting epistemology, proclaiming something like “Science works!” and showering people with facts and data about how great science is, preaches to the converted and comes off as aloof and abstract. One has to start by understanding what makes the social and political atmosphere in which science denial takes place flourish, and what can be done about it.

Some of the features that make science work are that it is a collective enterprise, technical and abstract, fallible, affects nature, can be passed on without reflection, and has social consequences. But these features can also provide a veneer of legitimacy to those who want to deny scientific findings. That it’s a collective means it can potentially promote disguised interests and amount to a “hoax.” That it’s technical and abstract can invite reactions like “I am not a scientist.” That it’s fallible can appear to make it reasonable to say “The jury is still out.” That it affects nature can prompt fears of producing Frankensteins. That its tools can be easily passed on invites taking them for granted. That it has social consequences, sometimes threatening deeply held beliefs, can make it seem to threaten human values.

Fighting science denial is a bit like reducing crime, in that it requires both short-term tactics and long-term strategies, the former inhibiting it without significantly changing the world in which it happens, the latter trying to remove the conditions that foster it.

One short-term tactic might be demanding that politicians make pro-science pledges, or explain why they will not. Consider this: “I pledge to defend and maintain the scientific infrastructure of the country, and to let my decision-making be guided by facts rather than ideology or financial interest.” That’s reasonable and open-ended, because those who let gut instinct, ideology, class, or personal interest determine how the world works do not act in the public and national interest.

Another tactic is to show how science deniers betray the very values they profess. Galileo was a master at this, citing church authorities and doctrine in defense of his work. The point of the Bible, he said, is “to teach us how one goes to heaven, not how heaven goes!”

A modern-day Galileo on Fox News might say something like, “The Founding Fathers taught us how to create legislation, not to legislate Creation!”

Here’s an even more incendiary comparison: Science-denying politicians are like the Islamic State militants who bulldoze archaeological treasures and smash statues. Both believe that they are motivated by higher authority and that mainstream culture threatens their beliefs, and want to damage the means by which that mainstream culture survives and flourishes. If anything, the ISIS militants are more honest, for they openly admit that their motive is faith and ideology while Washington's cultural vandals do not. It's disingenuous, prevents honest discussion of the issues, and falsely discredits and damages American institutions. Is comparing science-denying politicians to ISIS militants really over-the-top? When the North Carolina state legislators forbade incorporating scientific findings into state policies by state law, it damaged the ability of the state’s officials to protect its coastline, its resources, and its citizens; it prevented other officials from fulfilling their duty to advise and protect innocent citizens against threats to life and property. At debates and press conferences, such politicians should be asked: “Explain the moral difference between ISIS militants who attack cultural treasures and politicians who attack the scientific process.” How they respond will reveal much about their values and integrity.

Another tactic is to use comedy and ridicule. Comedians have an ability to cut to the chase in a way that speaks truth to power, having a license to be inappropriate. A Doonesbury cartoon strip once featured an “honest” science denier interviewed on a radio talk show. “I don’t oppose sound climate policy because it’s flawed,” he says. “I oppose it because I care much more about my short-term economic interests than the future of the damn planet. Hello?” Humor contributes to what the American philosopher C. S. Peirce called “the social impulse” that disrupts “tenacity,” or the urge to cling to select beliefs, by drawing listeners into a wider and wilder space in which the presence of more factors comes into play. In Max Weber’s terms, such humor illustrates in detail that science deniers are adopting the “ethics of conviction” as opposed to the “ethics of responsibility.”

Another strategy is to tell parables. A parable, like an Aesop’s fable, is a real or fictional story with a built-in, easily graspable lesson. Most people learn more easily through stories than data. Jaws and Enemy of the People, which expose the all-too-rational calculus of science denial, are good examples. We need twenty-first-century Aesops to tell more dramatic stories of what happens when we wish away sharks.

Did you hear the one about the person who was convinced, not altogether wrongly, that the medical establishment was corrupt, and decided he was the only person who could fix it? “Make America Healthy Again!” was his slogan. His campaign to be the next person in charge succeeded. His solution was to get rid of medical and lab tests, destroy thermometers for taking temperature and stethoscopes for detecting heartbeat. The people ended up worse off but happier, convinced they were in good hands.

Yet another strategy is to prosecute science deniers. In 2015, U.S. Senator Sheldon Whitehouse of Rhode Island proposed that organizations bankrolling campaigns of climate science disinformation should be investigated for racketeering, a fraudulent activity that includes conspiracy to deceive the public about such things as risk. Such laws have been successfully used to prosecute tobacco companies for misleading the public about hazards. What’s the difference between endangering the public by hiding evidence that smoking is hazardous, and endangering the public by concealing evidence of climate change? The crime is like shouting “Stay put! Everything’s OK!” in a burning store so that people carry on shopping. Is this a dampening of free speech? Or is being misleading and deceptive about serious hazards a crime?

Such short-term tactics can discourage lazy and ideological thinking, curb the human appetite for fake assertions, and entice citizens to look past private interests and to regain an appreciation for the natural world. They increase damaging consequences for magical thinking in an environment that encourages it. These tactics will not eradicate science denial, but doing all of them all the time may help discourage politicians who practice it from getting elected.

More long-term strategies are also needed to fight science denial. By far the most important one is to tell the story of how we got into this situation. The early promoters of science, including Bacon, Galileo, Descartes and others, also encountered science denial, and had to forge ways of countering it. Most instances of science denial are simply recycled versions of what they encountered, and we can learn much from how they responded. Furthermore, science denial arose because of the way our traditions developed. We didn’t get in this position from out of nowhere, but only thanks to how our traditions developed. Only by reviewing how the authority of the scientific workshop was promoted, defended, came under attack, and responded can we have an idea of how to go forward today.

The author is chairman of the Department of Philosophy at Stony Brook, and former chair of the APS Forum for History of Physics. He has written, translated, or edited over a dozen books on history and philosophy of science. Crease is Co-Editor-in-Chief of Physics in Perspective, and writes a monthly column, “Critical Point,” for Physics World magazine, on the philosophy and history of science. His articles and reviews have appeared in the Atlantic Monthly, New York Times, Wall Street Journal, Newsday and elsewhere. This article is adapted from his most recent book, The Workshop and the World (W. W. Norton and Company, 2019). 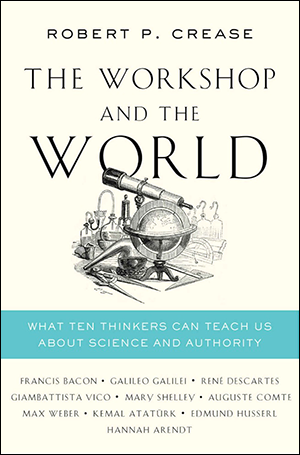