The Division of Condensed Matter Physics

Members of the APS Division of Condensed Matter Physics (DCMP) are focused on the macro- and microscopic properties of matter in all its complexity. As outgoing DCMP chair Paul Canfield of Iowa State University put it, “if you can hold it or pour it into a vessel, we try to discover it, make it, learn about it, master it, and even use it.”

Between the extremes of high energy particle physics, which operates at the smallest-length scales of fundamental particles, and cosmology, which investigates the universe at the largest-length scales, condensed matter physics occupies the realm of intermediate scales, studying systems of size ranging from a few atoms up to tens of centimeters.

And the broad range of the field is reflected in the wide-ranging accomplishments of condensed matter physicists, both basic and applied, through the ages. Noted Canfield, “Condensed matter physics is the field that tries to understand the birth of magnetism and superconductivity, the mechanisms of emergent phenomena, and is discovering the implications of electronic topology. It is also the field that brought the world the transistor, the read-head, the MRI unit.”

With nearly 6,700 members, DCMP has the highest membership of any APS division. In fact, DCMP boasts almost twice the membership base of the next-largest divisions—the Divisions of Particles and Fields (DPF), Materials Physics (DMP), Fluid Dynamics (DFD), and Computational Physics (DCOMP)—which have between 3,200 and 3,500 members each. 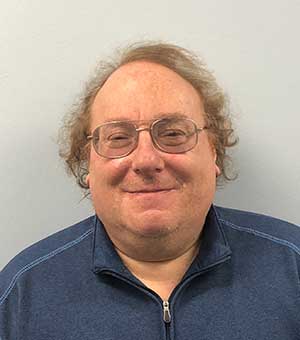 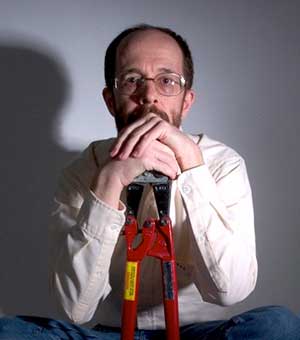 In addition to being the largest APS division, DCMP is also one of the oldest. The division was first formed in 1947 as the “Division of Solid State Physics,” predated only by the Division of Atomic, Molecular, and Optical Physics (DAMOP, established 1943) and the Division of Polymer Physics (DPOLY, established 1944). DCMP got its current name in 1978 in recognition that the discipline encompasses liquids, such as quantum fluids, as well as solids.

Consistent with the sheer size of DCMP, Arovas contends that condensed matter physics as a discipline is “surely the most diverse” subfield within physics. This has a lot to do with the wide variety of phases of matter that condensed matter physicists deal with as well as the broad array of experimental techniques, which focus on characterizing these many phases of matter according to their measurable responses to an almost equally wide range of probes—such as current flow or exposure to light, ultrasound, and temperature and pressure changes.

Arovas pointed out that condensed matter physics even touches particle physics and cosmology: Peter Higgs’ famous 1964 paper in Physical Review Letters describing what became known as the Higgs boson cites seminal work by the condensed matter physicist Philip Anderson that elucidates a connection between particle physics and superconductivity. And in astrophysics, neutron stars might exhibit the phenomena of superconductivity and superfluidity. According to Canfield, this breadth also allowed DCMP to act as a kind of “incubator” giving rise to other more specialized divisions and topical groups within APS, for example the Topical Group on Soft Matter (GSOFT).

Arovas explained that condensed matter physicists’ work understanding the storage and flow of information at the quantum level is an important step toward scalable and fault-tolerant quantum computation. Another area of high interest is exotic phases of matter. This includes quantum spin liquids (featuring intrinsic quantum fluctuations that can lead to a breakdown of conventional order) and recently discovered two-dimensional systems like graphene, which in twisted bilayer (or “magic angle”) form can exhibit superconductivity.

DCMP has historically had a prolific presence at the APS March Meeting, and 2019 was no exception. In terms of participation, DCMP’s over four thousand registered March Meeting attendees comprised more than a quarter of total meeting attendance. As for content, DCMP organized 33 invited symposia and 150 contributed talk sessions—more than any other division.

The benefits of DCMP membership are many. Beyond the APS March Meeting, DCMP sponsors several smaller meetings each year on more specific topics in condensed matter physics. For instance, coming up in April in Santa Fe, New Mexico is the Center for Nonlinear Studies’ annual conference on strongly correlated quantum materials, followed by an annual workshop on recent developments in electronic structure in Urbana, Illinois in May. In addition, DCMP sponsors several prizes and awards—including ten DCMP Grad Student Travel Awards and ten DCMP Honorable Mention Awards each year to support young scientists entering the condensed matter physics field.

“Nature has been extremely kind to condensed matter physicists, providing us with a seemingly inexhaustible set of fascinating materials and phenomena to investigate and to model,” remarked Arovas, “Truly, it is an embarrassment of riches.”

More information on this unit can be found at the DCMP unit website.