CUWiP Grows for Eight Years in a Row

The APS Conferences for Undergraduate Women in Physics (CUWiP) support women pursuing degrees in physics with the opportunity to experience a professional conference and meet other women in physics. The 2019 conferences, held January 18 through January 20, spanned 12 different sites and hit a record attendance of around 2,000, continuing a trend of growth for the past 8 years.

“CUWiP now attracts nearly every female undergraduate physics major in the U.S., largely due in part to targeted marketing, institutions committed to promoting the continuation of degrees by female undergraduates, and the value seen by past attendees,” said Kai Wright, APS Women’s Programs Coordinator. “We received over 2600 applicants for the 2019 CIWiP, more than any previous CUWiP.”

At each site, undergraduate women had the opportunity to attend talks by faculty, panel discussions about graduate school and careers in physics, laboratory tours and more. Fabiola Gianotti, CERN Director-General, was the CUWiP keynote speaker and gave a talk titled “Why a professional life in physics?” 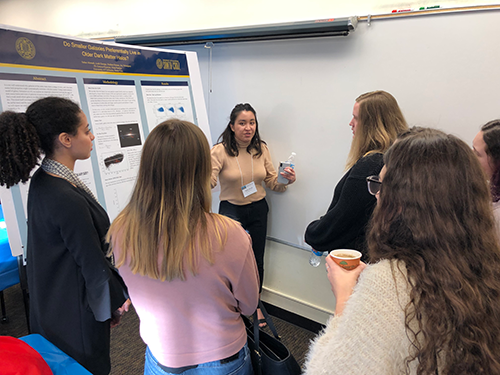 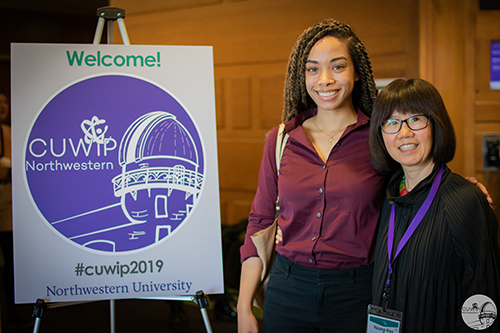 “Dr. Gianotti’s talk gave details of her path to becoming a physicist which included her study of humanities, constant curiosity as a child, and continuous quest for knowledge. Her research in experimental particle physics and high-energy accelerators was of particular interest to attendees who were eager to ask questions during her Q&A session. Dr. Gianotti expressed that it does not matter if you had a late start in physics as long as you have a passion,” said Wright.

For more information on CUWiP, visit the CUWiP web page.