With over five hundred members and counting, the APS Topical Group on Medical Physics (GMED) explores the physics underlying human health and disease—from modeling the physics of disease states to the development and optimization of medical technologies and interventions. Established in 2016, GMED is one of the newest topical groups at APS, but the tradition of physics in medicine dates back to discovery of radioactivity and emergence of technologies such as radiology and radiotherapy in the 19th century. Decades later, some of today’s hottest topics include particle transport (in scanners and tissue alike), modeling of tumor origins, development of and response to different kinds of therapies, and extrapolating the causal factors that lead to disease.

The founding of GMED began with a conversation between Princeton’s Bob Austin (outgoing chair) and University of Wisconsin’s Robert Jeraj (incoming chair), who recognized the need for an organization that brings together physicists working on questions relevant to medicine. This realization was sparked in part by the National Cancer Institute’s (NCI) Physical Sciences Oncology Centers, a network of twelve research centers established in 2009 to bring together a diverse array of scientists (and particularly physicists) to rethink cancer. Austin, who headed the Princeton center, recalled, “At the time it seemed crazy that the NCI centers weren’t interacting more with the American Association of Physicists in Medicine (AAPM).” That said, AAPM, the largest medical physics professional group in the US, focuses primarily on the physics of radiation therapy and medical imaging and was therefore not a natural home for physicists at the broadly research-focused NCI centers. Enter GMED, which prioritizes implementing physics to understand and treat disease in addition to imaging it—in oncology and beyond.

It’s clear that GMED occupies a unique niche in the physics community. In addition to being distinguished from AAPM in its wider lens on modeling and interventional research, within the APS umbrella GMED differentiates itself from the similarly research-oriented Division of Biological Physics (DBIO) by having a specific focus on human health and disease, as opposed to fundamental biological processes writ large. Roughly this also breaks down as research predominantly at the level of organs or tissues in GMED vs. cells and molecules in DBIO. 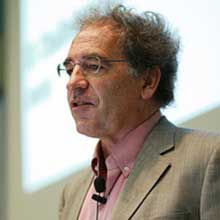 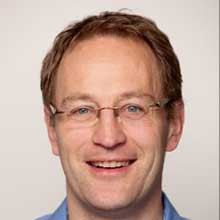 GMED’s member base, though relatively new, already represents nearly every major area of physics within APS—from biological, computational, and nuclear physics to particle, plasma, and high energy physics. This bodes well for GMED’s hope of reaching across APS divisions and getting physicists from different disciplines to “share notes,” in Austin’s words.

To this end, in 2019 GMED will hold sessions at both the APS March Meeting in Boston and the APS April Meeting in Denver. Sessions at the upcoming March Meeting offer a deep dive on acquisition geometries, radiation sources, hardware, and algorithms for medical imaging and address recent advances in the use of biomedical magnetic resonance for understanding disease pathophysiology. Additionally, there is an entire session dedicated to computational modeling, spanning everything from immuno-, chemo- and radiotherapy treatment response to the progression of atherosclerosis to improving influenza vaccine development. Although GMED has a historical grounding in oncology, neurology and cardiology are widely represented as well.

Notably, this diversity of research topics is also mirrored in the diversity of GMED’s membership. The division impressively demonstrates the highest proportion of women (30%) in any topical group, forum, or division at APS. Diversity also exists at the scientific level in GMED, given that most medical physicists work among extremely interdisciplinary teams.

Beyond the vibrant community, Austin and Jeraj highlighted the intellectual opportunities associated with GMED as the group’s biggest draw. While the problems in medical physics are similar in principle to those in traditional physics, they have an extra dimension of intrigue given the challenges that come with complex biological systems and their many variables. Furthermore, physicists interested in machine learning, modeling, and other computational work find it compelling that the medical field is one of the most prolific generators of data; there is a wealth of possibility in these complex and multifactorial but also highly organized data sets. Added Jeraj, “Many physicists may not know that their work can be translated into a medically useful finding. It’s a very natural convergence point for many areas of physics.”

For junior physicists still in training, GMED additionally offers valuable practical insight into the unique career possibilities that exist in medical physics. Beyond the traditional paths in research, academic training, and industry, medical physics also offers a wide menu of options in the clinical world—a setting that is likely unfamiliar to students and early career scientists. Outlining these options is a major focus of GMED workshops and information sessions for younger APS members, and beginning with the upcoming APS March Meeting GMED is arranging a tour of the medical physics research facilities at local Boston hospitals to bring this unique dimension of the field to life.

Overall, GMED stands out as an ambitious group with a bright future, and one whose contributions to scientific knowledge are matched by contributions to human health. More information on this topical group can be found on the GMED website.