The notion that the continents were once joined together dates back to at least the 16th century, with the Flemish cartographer and geographer Abraham Ortelius. Ortelius created the first modern atlas: the Theatrum Orbis Terrarum (Theater of the World). He noted how the geometry of the coasts of America and Europe/Africa seemed to match like pieces in a jigsaw puzzle, and proposed they had gradually drifted apart over time due to earthquakes and floods. But it was a German scientist named Alfred Wegener who developed a robust hypothesis of continental drift over 300 years later.

Born in 1880, Wegener earned his Ph.D. in astronomy from the University of Berlin in 1904, but his scientific interests were much broader, encompassing geophysics, meteorology, and climatology. His work in meteorology was especially significant, since he pioneered the use of balloons to track air circulation and published a widely used standard textbook. He became a tutor at the University of Marburg, taking time out to join expeditions to Greenland in 1906 and 1912 to study polar air circulation. 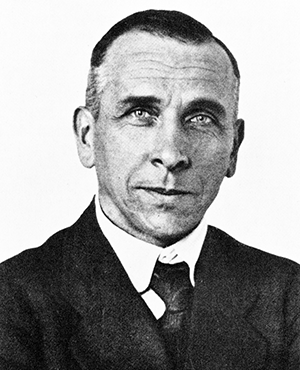 While browsing in the university library one day, Wegener happened upon a scientific paper listing fossils of plants and animals on opposite sides of the Atlantic Ocean. He noted the striking similarities between types of rock and fossils, especially fossilized plants. Wegener noticed, as Ortelius did, the same jigsaw puzzle-like shapes of the continents, and how well they seemed to fit together. “A conviction of the fundamental soundness of the idea took root in my mind,” he later wrote.

On January 6, 1912, he made the first presentation of his hypothesis of continental drift at a meeting of the German Geological Society in Frankfurt, right before embarking on another scientific expedition to Denmark and Greenland. This contradicted the prevailing hypothesis among geologists at the time, which postulated that land bridges had once connected the continents and were now buried under the ocean.

He suggested that the continents were once a single landmass and gradually drifted apart, either because of the centrifugal force of the Earth’s rotation, or some kind of astronomical precession. Wegener also originally thought mid-ocean ridges might play some role, since the Atlantic seafloor “is continuously tearing open and making space for fresh, relatively fluid and hot [material rising] from depth.” But he eventually abandoned those notions.

Wegener managed to uncover even more examples of similar organisms on widely separated continents over the next few years. By 1915, he had compiled evidence gleaned from multiple scientific disciplines in support of his theory (dubbed Urkontinent for “All-Lands”) in The Origin of Continents and Oceans. He continued to go on expeditions to gather additional evidence, updating his treatise accordingly. The last edition was published just before his death in 1930, with the new observation that geologically younger oceans were shallower than their older counterparts.

Wegener’s hypothesis invited plenty of skepticism, especially from geologists, who resented this outsider’s revolutionary ideas. The American Association of Petroleum Geologists hated the American translation so much it organized a special symposium to oppose the theory of continental drift. Among his detractors was geologist Franz Kossmat, who argued that the oceanic crust was just too tough for continents to “simply plough through.” The University of Chicago’s Rollin T. Chamberlin was especially harsh. “Wegener’s hypothesis… is of the footloose type,” he observed, “in that it takes considerable liberty with our globe, and is less bound by restrictions or tied down by ugly, awkward facts than most of its rival theories.”.

The fact that Wegener didn’t really have a convincing mechanism for how continental drift might occur didn’t help his theory gain broad acceptance. But the theory did find the occasional champion, notably British geologist Arthur Holmes and South African geologist Alexander Du Toit. In the 1950s, greater exploration of Earth’s crust along the ocean floor provided supporting evidence that continents indeed moved on crustal plates that spread or subducted at mid-ocean ridges. By the late 1960s, plate tectonics was the scientific consensus among geologists.

In 1924, Wegener became a professor of meteorology and geophysics at the University of Graz in Austria. Ever the adventurer, he met with a dramatic end during his final expedition to Greenland. His team set off in 1930 with the goal of establishing three permanent stations on the ice sheet to monitor its thickness and observe Arctic weather year-round. For the expedition to succeed, Wegener needed to transfer sufficient provisions from West Camp to a spot called Eismitte (“mid-ice”), where two of his men were planning to camp out through the brutal winter.

There was a late thaw, and the six-week delay in provisions meant the men at Eismitte would have to return to West Camp earlier than expected, since they didn’t have enough fuel for the winter. Determined that his mission should succeed, Wegener set out with his meteorologist Fritz Loewe and thirteen native Greenlanders on dog sleds loaded with the necessary supplies. It got so cold (-76 degrees F) that Loewe had to amputate his frostbitten toes with a penknife. Most of the natives returned to West Camp, but the remaining three men eventually reached Eismitte.

Wegener and 23-year-old team member Rasmus Villumsen set out with two dog sleds for the return trip to West Camp, killing the dogs one by one for food. When they were down to one sled, Villumsen rode it while Wegener skied alongside him. Neither man ever reached the base camp. Wegener’s body was finally recovered on May 12, 1931, halfway between the two sites, where it had been buried with care by Villumsen and marked with his skis. Villumsen’s body was never found.