Out in Physics: Gaining Visibility and Acceptance

Scientists around the world participated in the first International LGBT STEM Day on July 5, 2018 to promote the visibility and acceptance of LGBT+ individuals in STEM fields. Acceptance, in turn, directly impacts retention of LGBT+ physics students and professionals of all levels. From the undergraduate level to established physicists, acceptance and retention affect everyone, including Erica Snider, a staff physicist at Fermi National Accelerator Laboratory (Fermilab); Kerstin Nordstrom, an assistant professor of physics at Mount Holyoke College; and Ansel Neunzert, a graduate student in physics at the University of Michigan.

Snider works with Spectrum, a resource group at Fermilab aimed at fostering a welcoming environment for the LGBT+ community. The goal of Spectrum hits close to home with Snider, who has faced her own challenges.

“I've thought about leaving the field at various points, and I certainly did consider the possibility that I might need to leave as a result of coming out as transgender,” Snider says. “At the moment that you decide to do this, make the social transition, you have to accept that you could lose everything. That's a possible outcome.” 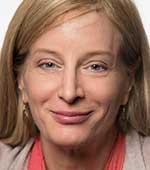 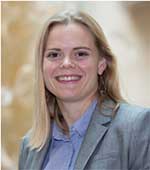 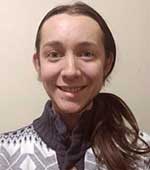 Still, Snider speaks optimistically about her coming out and the reception she got from her colleagues at Fermilab. “When I started that exploration in the workplace, you know, I found the world did not collapse,” she says with surprise in her voice. “I enjoy the science, I enjoy the work and I enjoyed the laboratory environment and I like being at Fermilab. So, once I discovered that nobody here seems to care all that much about [my coming out], then it made it much easier to decide [to stay in physics].”

Snider describes the pictures on the walls throughout the lab of scientists conducting experiments at Fermilab. “All of that imagery reflects the culture. Not just the culture that we have, but the culture that we want to have here,” she says, reflecting on the diversity of the people in those images. “The type of people who should think of themselves in these roles as scientists and technicians.”

Last year, Fermilab debuted a Pride flag in the atrium of its main building alongside the flags representing the many countries and cultures that participate in research at the lab. “I thought it was really important that the laboratory be visibly welcoming to the [LGBT+] community,” Snider says of the addition. “You can't tell when you walk into a place, you can't tell by looking at people, you can't tell by talking to people unless you sort of explicitly bring it up.” Though it may seem like a small gesture, even just that visible reminder of inclusivity is enough to alleviate some of the isolation.

People need a safe way to report harassment and other issues, says Nordstrom. Harassment is not exclusive to supervisors and subordinates: it’s also a peer-to-peer issue. “Faculty members and other supervisors may not even know that it's happening,” says Nordstrom. “But it is and it is creating big climate issues.” Still, she advises students to find creative ways to stay engaged and not give up.

“If you're a new grad student, a new post-doc, new faculty member, it's very likely you moved from somewhere else to be at your current position. And that can be extremely isolating,” she says, describing a situation common to academia.

Physics itself can be isolating which only compounds the problem for LGBT+ physicists. “Often our work is collaborative, but a lot of real sweat and work is mental. It's in our own heads,” Nordstrom says. “We have to write code or analyze data or just run through equations and that's very solitary and a lot of us are very introverted, too.”

To fight the isolation, many of Nordstrom’s undergraduate students participate in several activities in addition to school, but she cautions them to find one they love and stick to it. “Once you get to grad school, you won't have time to do multiple outside things but that doesn't mean do nothing outside of school,” she says. “Find one activity outside of school and commit to it."

Nordstrom’s advice comes from personal experience. “I played rugby for the entire time I was in grad school and a post-doc,” she says. “That was a huge source of support.” The sport helped Nordstrom interact with people outside of physics and gave her a support system free from the stresses of work.

And the stresses can be especially challenging when someone doesn’t fit into the binary male/female labeling that society imposes. In the face of this, Ansel Neunzert at the University of Michigan maintains relentless optimism. “I'm trans, I'm non-binary,” Neunzert says proudly.

They (Neunzert’s preferred pronouns include “they” and “them”) came out three years ago as non-binary and speak positively of their experience in graduate school. “Being out in graduate school has for the most part actually gone better than I expected, but it's also definitely been a process of navigating a whole bunch of minor and major decisions,” Neunzert says. “I often joke that there isn't really an etiquette that exists for telling someone that you're trans. And so, I try to just look very confident and hope that they follow along.”

It’s that confidence that Neunzert carries into both the physics classroom and also into advocacy work for the LGBT+ community. Neunzert points to this involvement as what helps to make them comfortable in their career. They were a part of the panel discussion titled “Best Practices for Establishing a Diverse and Inclusive Workplace” at the APS April Meeting earlier this year. “I don't think I could ever be a physicist who just ignores social issues and only does math,” Neunzert explains.

At times those social issues have hit close to home. Neunzert describes how it felt to be considered a subject of debate because of their gender. “People will literally get into debates over me and people like me as though we're some sort of hypothetical situation,” Neunzert says. “I've sat in rooms where people are debating trans issues as though there aren't any trans people in the room.”

Even so Neunzert stays focused on the joy of physics and on continuing to support the LGBT+ community. “I don't take off my gender and leave it at home when I come to work.”