As England hovered on the brink of the Industrial Revolution in the late 17th century, a major challenge was how to remove excess water from the mines. This was typically done by mounting a series of buckets on a pulley system driven by horses — a very slow and costly process. It fell to an English inventor and engineer named Thomas Savery to build the first working prototype of “an engine to raise water by fire.”

Born to relative privilege in 1650, Savery received an excellent education and grew up to be a military engineer. He was especially interested in math and mechanics, with a penchant for invention, including building a clock for the Savery family. Another of his early inventions was an array of paddlewheels to propel sea vessels. Despite a successful demonstration with a small paddleboat on the Thames River, the British Navy declined to adopt the invention for its own vessels. It was a haughty Navy surveyor named Edmund Dummer who sank the young inventor’s hopes, asking why it is that “interloping people, that have no concern with us, pretend to contrive or invent things for us?”

Savery was also interested in steam engines. Earlier thinkers had speculated about such a contraption, most notably Edward Somerset, 2nd Marquess of Worcester, a nobleman with a keen interest in invention. His 1655 treatise, The Century of Inventions, included a description of a “water-commanding engine” constructed from the barrel of a cannon, intended for use in irrigation. Young Savery may have read Somerset’s book on the subject. Legend has it that he bought up as many copies as he could find and burned them to solidify his own patent claims, but most historians do not find the story credible. Still, the designs were strikingly similar. He certainly believed such a contraption could be useful in keeping mines and pits from flooding, especially those in the Cornwall region.

Savery filed a patent for his first design for a “fire engine” on July 2, 1698, and soon after presented a working model to the Royal Society of London. After exhibiting his engine at Hampton Court for King William III, he was granted his patent for “a new invention for raising of water, and occasional motion to all sorts of mill works, by the important force of fire, which will be of great use for draining of mines … ” That original 14-year patent received a 21-year extension by British Parliament in 1699 as part of the “Fire Engine Act.”

An elated Savery printed up a prospectus in 1702, entitled The Miner’s Friend, and sent it to managers of mines across England, expecting an influx of new customers, but while his steam pump was useful for supplying water to estates and country houses, it was not immediately embraced by the mining industry.

The device required no heavy moving parts, relying on a vacuum to pull water into a separate container. Steam pressure would then force the water upwards with the help of a few simple valves to control the pumping. However, it was not the most efficient engine for lifting water, in part because the technology did not yet exist to machine tightly sealed joints. All the parts were made from brass, copper, and bronze, pieced together from casts or molded parts and then soldered or riveted together. The imperfect sealing meant the engines were prone to exploding. It also consumed too much fuel to make it economically viable for mining applications. 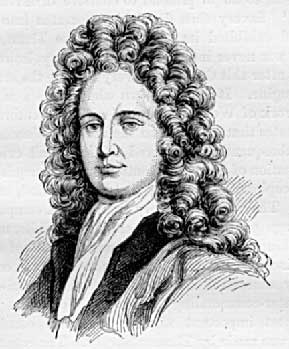 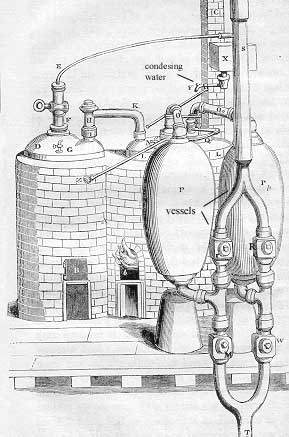 Still, Savery’s design inspired later engineers to develop improved versions. One such person was a blacksmith named Thomas Newcomen, whom Savery had hired to forge his own engine. He let the blacksmith forge a copy of the machine for his own backyard research. Newcomen invented an atmospheric steam engine that used (as the name implies) atmospheric pressure to pump steam into a cylinder. Exposure to cold water then caused the steam to condense and created a vacuum inside the cylinder, and the resulting pressure drove a piston. He and John Calley built a working prototype in 1712 and used it to pump out a mineshaft flooded with water.

Savery held such a broad patent on the steam engine — namely the use of surface condensation — that he was listed as co-inventor on the atmospheric steam engine patent, even though Newcomen’s engine showed vastly improved performance, significant mechanical differences, had no need for steam pressure, and used a vacuum differently. So Newcomen had little choice but to go into business with him, marketing his own superior design under Savery’s patent. The patent expired in 1733, four years after Newcomen’s death (Savery died in 1717). Today the Savery Company in the United Kingdom continues to manufacture an array of electro-hydraulic systems.

The design was good enough to dominate the mining industries for decades, as well as being used to drain wetlands, but it was still plagued by excessive use of steam, since the pumps had to be cooled after every stroke, then reheated. The full potential of the steam engine would not be realized for another 50 years. James Watt, an instrument maker for the University of Glasgow in Scotland, was tasked with solving the issues with the Newcomen steam engine.

Watt realized during a Sunday walk in 1765 that he could condense the steam without cooling the cylinder by using a separate condenser. He tested the concept the very next day in his laboratory, building a makeshift piston and condenser out of a brass syringe. It worked, although it would be another 11 years before Watt had a working prototype. His apparatus soon became the most popular design for steam engines in the 18th century — just in time to help usher in the Industrial Revolution. The watt unit of power is named in his honor.