Robert Showen remembers working in Menlo Park, a tony city in California adjacent to East Palo Alto, the murder capital of the nation in the 1990s. It was then that the space physicist realized his acoustics work at Stanford Research Institute might have utility far beyond academia. “I thought we could tell the police where gunfire occurred just using our knowledge of the propagation of acoustic waves,” he says.

In 1996, Showen founded ShotSpotter to do just that. After getting permission from a city’s government, the company installs breadbox-sized acoustic sensors on buildings on telephone poles to record sound. When a noise resembling gunfire is picked up, the signal is sent to ShotSpotter’s review center in Newark, California, where acoustic experts analyze the noise. Based on differences in the timing of the signal recorded by different sensors, the ShotSpotter system can pinpoint the location of the gunfire with a precision of better than 25 meters. This technique is known as multi-lateration, although it’s more commonly referred to as triangulation. Less than a minute after the gunfire occurs, ShotSpotter alerts local first responders like police.

ShotSpotter’s acoustic data can also reveal more than just a shooter’s position. Roughly half of all gunfire events consist of multiple shots, says Showen, in which case ShotSpotter’s sensors can compute both the velocity of the shooter and the direction he or she is moving. The police can use this information to decide how many vehicles to send to the scene, which can help keep officers safe. 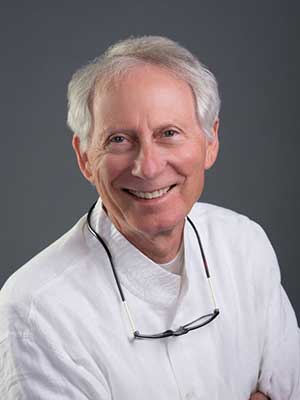 ShotSpotter’s sensors were first installed in Redwood City, California. Today, the technology can be found in over 80 cities across the United States and several sites overseas. In 2016, the company analyzed over 70,000 incidents of gunfire. The data reveal an alarming trend: citizens report roughly only 20% of the gunfire picked up by ShotSpotter sensors. People become accustomed to gunshots, says Showen. It’s this acceptance of violence that Showen and his team are trying to combat.

Showen and his colleagues have also used ShotSpotter technology to curb illegal poaching. In 2012, a team installed a dozen ShotSpotter acoustic sensors in South Africa’s Kruger National Park to hone in on gunshots fired by rhinocerous poachers. Rhinos are killed for their horns, which are prized in traditional Chinese medicine. One night, the system picked up two shots. Using the accurate location of the gunfire, local officials found a set of tracks that led them to the poachers.

One of ShotSpotter’s ongoing technological challenges in urban settings is that buildings can both block and refract sound waves, says Showen. It’d be useful to get three-dimensional maps of cities to train our detection algorithm, he says.