On the morning of June 30, 1908, the sparse populace — mostly indigenous Evenki natives and Russian settlers — in a remote region of Siberia saw a bright column of light streak across the sky. Ten minutes later, there was a flash of light and a burst of sound, accompanied by a powerful shock wave strong enough to break windows hundreds of miles away. A farmer named Sergei Semenov was one of the few eyewitnesses to the entire event while having breakfast just 40 miles from the epicenter. “Suddenly the sky appeared like it was split in two, high above the forest, the whole northern sky appeared to be completely covered with blazing fire,” he recalled. “At that moment, I felt a great wave of heat as if my shirt had caught fire.” Then there was loud bang and a “mighty crash,” and Semenov found himself thrown several feet from his chair.

The impact showed up on multiple seismometers around the world, in some places measuring as strong as 5.0 on the Richter scale. For several days after, the night skies glowed over Asia and Europe. In the U.S., both the Smithsonian Astrophysical Observatory and the Mount Wilson Observatory measured a sharp decrease in atmospheric transparency that lasted for months, because of all the suspended dust particles in the air after the blast.

While the spectacular event certainly garnered its share of media coverage, particularly by Russian newspapers, it would be more than a decade before the first scientific expedition succeeded in analyzing the blast site. Russian mineralogist Leonid Kulik led a team to the Podkamennaya Tunguska River basin in 1921. He was conducting a survey for the Soviet Academy of Sciences, and heard the many local accounts of the explosion. Believing it had been caused by a giant meteorite, he convinced the Soviet government to fund an expedition to the region to possibly salvage any meteoric iron. But the harsh conditions of the Siberian wilderness foiled his team’s efforts to reach the blast area.

Kulik’s team made the arduous journey to Tunguska in 1927, hiring local Evenki hunters to guide them to the impact site. He was surprised, upon arrival, to see that there was no impact crater. However, a five-mile swath of trees was scorched, all their branches blown off, yet still standing upright. A similar phenomenon occurred in Hiroshima, Japan, after the detonation of a nuclear bomb in 1945, and scientists have estimated the Tunguska event released the energy equivalent of about 185 such bombs. Further away, trees had fallen away from the center of the blast in a radial pattern. 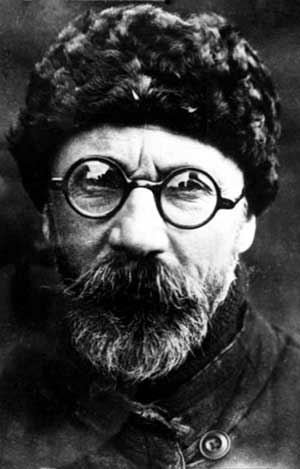 Over three successive expeditions, Kulik noted several small “pothole” bogs that he assumed were meteorite craters, but when he finally drained one of the bogs (dubbed the “Suslov crater”), an old stump at the bottom proved it could not be such a crater. His team also took several aerial photographs; although the negatives were destroyed in 1975 (part of a Soviet initiative to get rid of hazardous nitrate film), the prints were carefully preserved for future study.

The local natives attributed the blast to Agda, the god of thunder, to punish the Evenki tribe for their internal disputes. They proclaimed the blast site a sacred space and guarded it zealously from outsiders — one reason it took nearly two decades before the first scientific expeditions arrived. Scientists have narrowed the likely candidates down to two possibilities over the ensuing decades.

Some scientists concluded the object that exploded in the atmosphere was a comet (possibly the Comet Encke). This notion was first proposed in 1930 by British astronomer F. J. W. Whipple — a hypothesis supported in part by the glowing skies observed after the blast. The dust and particles that caused the glow could have been debris from the disintegrated comet’s tail. A 2010 expedition studied the Tunguska site using ground-penetrating radar and found evidence that a huge piece of ice formed the Suslov crater, in keeping with the comet hypothesis. Critics of this idea argue that a comet traveling through the atmosphere at such a shallow trajectory would have disintegrated well before it entered the lower atmosphere. Comet proponents have countered that it could have been an extinct comet, with a stony mantle that enabled it to remain intact until it reached the lower atmosphere. 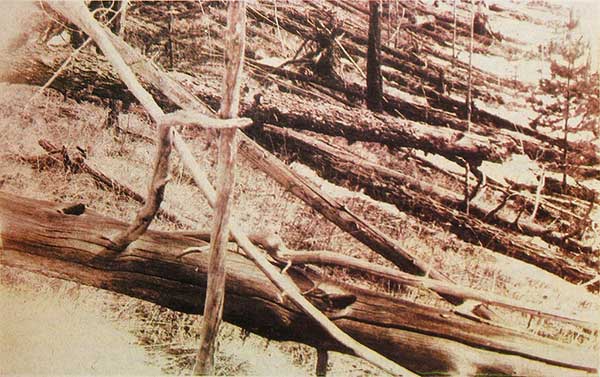 Fallen trees mark the site of the Tunguska asteroid impact

Today there is strong consensus that the body causing the Tunguska event was most likely an asteroid-like object, a theory bolstered in 2001 by a study showing an 83% probability (based on orbital modeling of the atmospheric trajectories of the Tunguska object) that the object came from the asteroid belt and followed an asteroid-like trajectory. A 2013 analysis of fragments taken from the site, along with studies of resin from trees in the impact area showing high levels of materials common to rocky asteroids, also supported the hypothesis that the object was an iron meteorite. As for the lack of a crater, the asteroid probably disintegrated from huge increases in pressure and temperature as it passed through the atmosphere, so much so that no significant remnants of the body survived.

Perhaps the best evidence for the asteroid hypothesis comes from a similar, but smaller, explosion on February 15, 2013, in the Ural district of Russia, with a shock wave powerful enough to also shatter windows. Scientists determined that event was caused by an asteroid spanning 17 to 20 meters in diameter, with a mass of about 11,000 tons.

Baxter, J. and Atkins, T. The Fire Came By: The Riddle of the Great Siberian Explosion. New York: Doubleday, 1976.