How Big Is the Proton, Really?

2018 APS April Meeting, Columbus, Ohio — In 2010, Randolf Pohl’s team measured the size of the proton with the highest precision yet. But the result befuddled them: the proton radius — or more specifically, how far its positive charge extends — came out to 0.84 fm, about 0.04 fm smaller than all prior measurements. The particle’s width seemed to have shrunk by 4 percent.

“It caught everybody off-guard,” says David Newell, who chairs the Committee on Data for Science and Technology (CODATA), the international group which publishes the recommended values for fundamental physical constants every four years.

To this day, physicists do not understand the source of this discrepancy. In a presentation at the April Meeting this year, Pohl, who works at the Johannes Gutenberg University Mainz, discussed recent experiments for resolving the so-called proton radius puzzle.

Following the 2010 measurement, several groups have delivered some corroborating values, and some have reported conflicting ones. In 2017, Pohl’s group used a different setup to make a measurement that also indicated a smaller proton radius. But earlier this year, a group in France reported a larger proton radius. Independent researchers have also re-analyzed experimental results to no avail. For example, a 2012 independent analysis of Pohl’s 2010 data agreed with Pohl’s prior numbers. “This proton radius puzzle is getting even more puzzling,” said Pohl during a press conference at the meeting.

As with any puzzle, researchers are excited about the prospect of new physics. “The discrepancy is very serious from a theory point of view because we cannot explain it within the Standard Model,” says Krzysztof Pachucki, a theorist at the University of Warsaw in Poland. Pohl’s landmark 2010 proton measurement was the first to use muonic hydrogen — a proton orbited by a muon, the electron’s heavier cousin — whereas prior experiments used regular hydrogen. The discrepancy between the two methods could hint at an error in quantum electrodynamics theory, which describes how these particles interact. 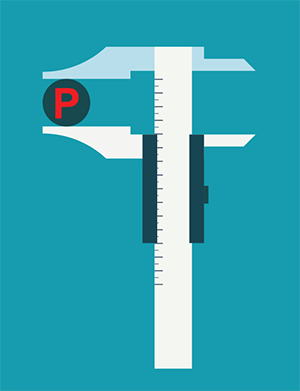 But it’s not clear what the error could be, says Pachucki. The discrepancy might vanish by introducing new particles, but the options are “very artificial,” he says.

It’s also possible that the discrepancy is simply the result of experimental error, according to Pohl. The strategy now is to make more proton radius measurements, but with different techniques. This way, each measurement will not suffer from the same systematic uncertainties — and collectively, any hint of new physics will be more convincing.

Researchers have a variety of techniques to choose from. First, they need to decide which proton-containing specimen they want to use for their measurement. Generally, they need to use a system simple enough for theory to model precisely. The simplest system is hydrogen, but they can also use its isotope deuterium, whose nucleus consists of an additional neutron. Or, they can substitute a muon for the electron in these systems. In addition to muonic hydrogen, Pohl’s group has also measured the proton via muonic deuterium: a muon orbiting a deuteron. According to Pachucki, singly ionized helium (He+) is a promising system because its theory is relatively well-understood. “The theory for He+ is as accurate as for hydrogen,” he says.

Researchers also have to choose how they will measure the proton’s radius. The two primary options are electron scattering or spectroscopy. In a scattering experiment, electrons are beamed at the hydrogen or deuterium sample. As the electrons approach, the protons deflect them and the amount of deflection is related to the size of the proton.

Alternatively, they can also measure the proton radius by precisely measuring the energy levels of the system through spectroscopy. If they take this route, they have to choose which energy transitions to study. Researchers have chosen a variety of energy transitions that involve different setups and data analysis techniques.

In 2010, for example, Pohl’s group used a spectroscopic method: by means of laser probes they measured a gap between energy levels in muonic hydrogen called the Lamb shift. The Lamb shift refers to a small difference between two states in hydrogen-like atoms originally predicted to be of equal energy by early quantum mechanics theory. This energy gap exists, in part, because the electron behaves as a quantum “cloud” that extends even inside the atomic nucleus. “It literally means that an electron orbiting a proton in hydrogen spends some time inside the proton,” says Pohl. Because the size of the energy gap depends on the size of the proton, measurement of the Lamb shift yields the proton radius.

To achieve the precision necessary for this measurement, every component of the experiment must be thoroughly understood. For example, any external electromagnetic fields might affect the measurement, and the output of the lasers has to be characterized with exquisite precision. “It’s really fun stuff,” says Pohl. “You learn something new every day.” But this level of detail also meant that it took Pohl’s collaboration about ten years to deliver their 2010 measurement.

CODATA’s most recent recommendation for the proton radius value, which is an average of many prior experiments, did not incorporate any of the smaller values in its calculation. In November 2014, at a meeting near Paris, with Pohl, Pachucki, and Newell among the attendees, the group decided not to include them. Ultimately, Pohl suggested that they not include the aberrant values. He pointed out that the primary application of the CODATA value is to study regular hydrogen, and all discrepant radius values resulted from the muonic systems.

But now that argument no longer holds. In 2017, Pohl’s group used regular hydrogen and also measured the smaller proton radius.

CODATA will meet again in France later this year to discuss the next standardized value of the proton radius, to be released in May 2019. “In my opinion, we cannot ignore the information in front of us,” says Newell. He thinks they need to incorporate the discrepancy into their recommendation — which will mean a less precise value for the proton radius. “When we expand uncertainties it annoys the hell out of everybody, but it brings attention to the problem,” he says.