A Life in Teaching and Turbulence

Note: This article is based on closing remarks delivered by the author at a conference celebrating his 70th birthday. The text has been edited for length and clarity.

Most of you are younger than me — some, a lot younger. So perhaps you will not dismiss me entirely when I make three points on my own conduct.

Let me now say a few words about turbulence as a field of research. I want to add a few comments on the dynamics of how we, as a community, work together — or ought to work together — to make progress. I embed a few words of advice to the younger participants.

Turbulence consists of a number of fascinating problems (and is not just one “unsolved problem in classical physics”). The precise problem on which each one of us works depends on: 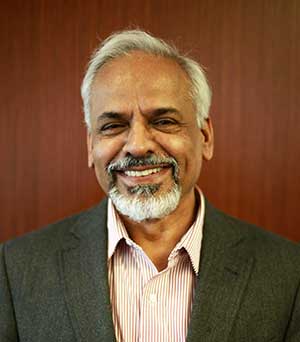 I will particularly make a few remarks on how to increase the visibility of the field; each of us benefits if our chosen field thrives. One set of my remarks deals with internal dynamics of the community and the other concerns external perception.

Internally, we hear complaints that: (a) there isn’t enough research money in turbulence; while there may be decent resources to remain productive at some level, sufficient resources are not available if one wants to break new ground (such as extending important parameter ranges by some orders of magnitude to settle a vexing question); (b) not enough positions exist for current graduate students and postdocs; (c) inadequate scientific recognition comes even to those who have accomplished something substantial; (d) the field is hard intellectually and tough in terms of how it treats its young and old alike; and so forth.

Externally, people often ask questions like: Are you still working on Kolmogorov scaling (or some other topic, such as convection or boundary layer transition)? You still can’t predict the pressure drop in a pipe? If I give you all the resources needed, will you really be able to improve aircraft flight, gas turbine engines, energy distribution, weather prediction, or climate change? (None of them is an imaginary question.)

The truth is that one cannot answer these questions glibly with internalized responses: one cannot, for instance, simply assert that “a mere 1% reduction in drag will save the industries certain billions of dollars each year.” People who ask such questions are usually serious and wish to know if there are problems whose solution will produce a first order impact on some large-scale endeavor or a neighboring field. It is true that most of these “outside” people are usually ignorant of the progress that has been occurring in turbulence, but it is essentially our responsibility to communicate this progress to an intelligent outsider. It is only by changing the way in which we function that we may hope to influence this perception.

It takes time to make visible progress in the field and it appears that every dozen or so years the same specific questions come up in another form. It is not that we are running in circles without gaining anything along the way; we have obtained in these years a better understanding of some aspects due to new theories, better simulation tools or new experimental technology. Take the turbulent Rayleigh-Benard problem. So much has happened in the last twenty years: new experimental results, powerful simulations, new diagnostics, new theoretical ideas, yet it looks to an outsider that one is still working on the same old problem. We ought to learn better skills in presenting our work without being defensive.

Another problem is that many communities who use turbulence as part of their bread and butter work are indifferent to advances in turbulence. Atmospheric scientists and astrophysicists, for example, get working answers from certain approximations, that as turbulence experts, you will swear on your Ph.D. theses are not even remotely logical; climate scientists can’t even relate to the time scales that interest you; aircraft designers are quite content with elaborate computational fluid dynamics methods. If you want them to take you seriously, you have to take on the task of convincing them that resources spent on you are useful to them at some level.

One characteristic of science is the seamless number of cross-relationships among its components. Connecting our facts with neighboring observations and theory is what makes it possible to understand them more deeply and interpret them more meaningfully; to a first approximation, if it doesn’t connect, it does not exist. This comment certainly applies to turbulence, and it is by following this maxim that we influence how others outside the field perceive the importance of our field. Thus:

I have no doubt that better days lie ahead for turbulence; its importance alone ought to be an argument in favor but it is never enough. I side with Hilbert’s optimism that extolled the notion that “We must know; we will know,” instead of the pessimism of the famous Latin maxim that “We do not know; we shall not know.”

The author holds professorships in the Department of Physics as well as the Courant Institute of Mathematical Sciences, and is the Eugene Kleiner Professor for Innovation in the Department of Mechanical and Aerospace Engineering at New York University. His research interests include fluid mechanics and turbulence, nonlinear and nonequilibrium phenomena, cryogenic helium, and stellar physics. He is a Fellow of the APS and winner of the APS Otto Laporte Memorial Award and APS Dwight Nicholson Medal for Outreach.