In 2016, I had the honor of founding the first scientific society in Qatar, and one of the first societies focusing solely on physics in the Gulf region—the Qatar Physics Society (QPS). QPS was created with many goals in mind, but mainly to bring together physics professionals, students, and even those with merely an interest in the field, and offer events and programs to advance their knowledge, as well as enhance their skills.

As a fast-developing nation, Qatar's knowledge-based economy is a vital aspect of the country's plan for development. QPS has a role in this, by promoting scientific excellence, empowering members with knowledge of best practices and the latest news, and providing support and networking for physicists.

In the short time since the launch of QPS, the Society has made great strides towards its goals of promoting and advancing physics in Qatar and the region. In November 2017, QPS hosted the 9th International Conference on Isotopes in Doha, Qatar, for the first time in the Middle East region. The conference attracted 200 attendees from more than 30 countries around the globe, and this dynamic international environment allowed for a lively exchange and discussion of ideas in the isotopes field. The topics discussed ranged from the policy, economics, and global impact of isotope production and use, to isotopes in the environment; additionally, special panels were held, such as a plenary session to mark Marie Curie’s 150th birthday. 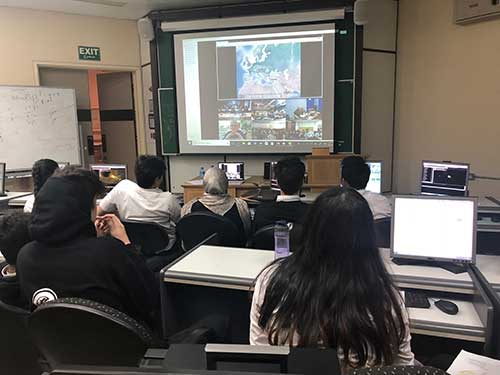 QPS organized its first high school event in 2018. The International Particle Physics Masterclass took place during the last week of February for the first time in Qatar. This event allowed high school students in Qatar to experience being a physicist for a day. The masterclass included hands-on experience for the students to discover the world of quarks and leptons with real data from CERN. The students analyzed live data from particle physics experiments. The students had the opportunity to unravel the mysteries of particle physics, as well as to gain insights about various areas and methods of basic research into the fundamentals of matter and forces, thus enabling students to perform measurements on real data from particle physics experiments themselves. In addition, the students were able to join a video conference to further discuss the results of the experiments with scientists at CERN and other groups of students in Helsinki, Brussels, Cyprus, and Trieste in Italy.

This exhilarating experience is one of many that the Qatar Physics Society (QPS) has planned for students, as well as teachers and physics professionals in Qatar. Events such as the Particle Physics Masterclass allow academics and non-academics alike to immerse themselves in the world of physics, which not only raises their awareness of the relevance of physics in our world today, but also expands their horizons.

The emergence of QPS plays a vital role in the educational as well as the scientific sectors in Qatar. These fields have been expanding both at the primary and higher education levels, from multiple American universities opening branch campuses in Qatar Foundation, to recently established STEM schools in Qatar. Education is now a priority in Qatar, as stated in the Qatar National Vision of 2030 and the Qatar National Research Strategy, which both emphasize as well as highlight the importance of developing the academic attainment of students, particularly in math and science. Thus, QPS will help students explore the fields of math as well as science, and in particular physics, through this shared platform. This not only allows the students to increase their knowledge, but also ignites their curiosity about the field of physics and its relevance to our daily lives.

QPS aims to be the primary voice for physics in Qatar and the region, and so we work to promote and advance the knowledge of physics. QPS is changing the way physics is perceived through awareness campaigns, training, networking, exposure, and events. QPS involves physicists, students in schools and universities, physics and science educators, researchers, industry professionals working in areas related to physics, and decision-makers as well as the general public.

QPS aspires to engage in partnerships and collaborations with local and global scientific organizations and other physics societies worldwide for the benefit of humanity. To learn more about the Society, please visit the main website. 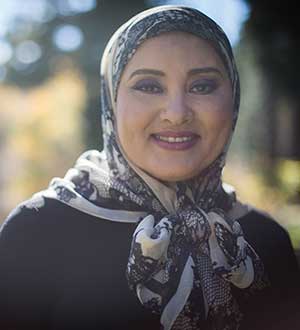 The author is Professor of Physics at Qatar University in Doha, Qatar, and President of the Qatar Physics Society. She received her Ph.D. in physics from Royal Holloway College, London, in 1991 and was a research fellow at University College London from 1998 to 1999. She is an adjunct professor of physics at Texas A&M University (Doha) and is a Fellow of the Institute of Physics (UK).