Merritt Moore’s scientific resume is impressive: She recently received her Ph.D. in quantum physics from the University of Oxford, and she graduated with her bachelor’s in physics from Harvard with honors.

But there is much more—she’s been a dancer since she was 13 years old. Moore is an internationally known ballerina, and has danced professionally with companies all over the world, including the Zürich Ballet Company, Boston Ballet, English National Ballet, and London Contemporary Ballet Theatre. She has performed at a special exhibition at the Victoria & Albert Museum in which she danced with robots, at a virtual reality and dance event at the Barbican Centre in London, and at the Imagine Science Film festival, in which she collaborated with filmmakers to visualize scientific principles through art. 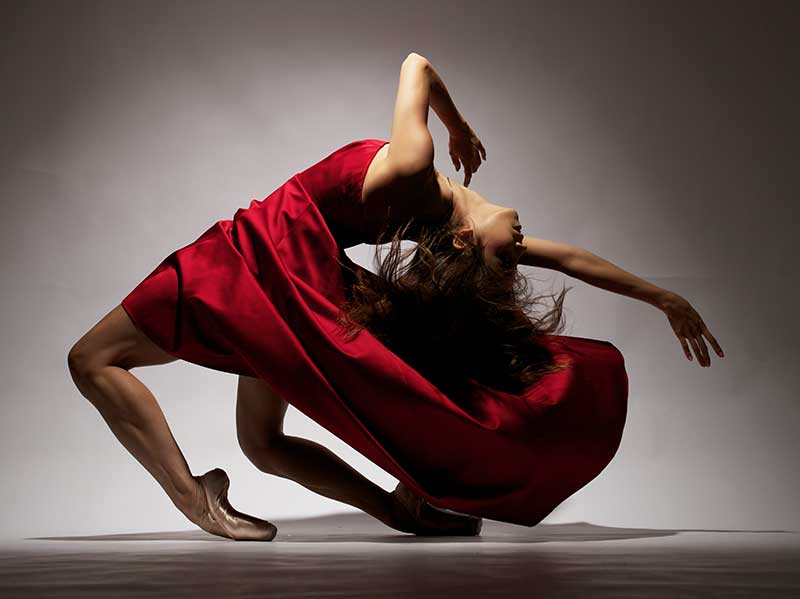 Physicist Merritt Moore combines a career in science and acclaim as a performing artist.

A certified science junkie, Moore began her love affair with mathematics as a kid, and she took her first physics class in high school. "I knew I was going to love it," she says. "Then the more I learned about quantum mechanics and … new quantum technologies, I was hooked." So physics seemed the logical career choice.

But first she had to balance that with her love of ballet. In her hometown of Los Angeles, she intensely pursued dance, but as she advanced she began to grow tired of it. In fact, when she had the chance to study abroad in Italy as a 15-year-old, she specifically looked for a hamlet to live in that did not offer any dance classes. But a chance encounter sent her whirling back to ballet.

One day in Italy Moore found herself in a "dingy" gym and saw a ballet class being taught with a very different approach than she was used to. "Many teachers want you to look identical to the girl to your left and right, and there’s a perfect body type that everyone is striving for, but this instructor … was like ‘no, be you, be unique, and that will allow you to be strong’." It changed my whole outlook." And it reignited Moore’s dancing fever. Pretty soon, she traveled every weekend from Viterbo, the little town she was studying in, to Rome, where the teacher was based, where she would train by day, and sleep on her kitchen floor. The lessons were so magnetic that even when Moore returned home, she continued training with this teacher for six years, heading to Rome every chance she could get.

When Moore entered Harvard in the fall of 2006, her love of both ballet and physics was secure. And yet, "dancing professionally didn’t cross my mind," she says. But at the university, "I was lucky that there were lots of opportunities to dance. Incredible dance legends were teaching classes." But suddenly, an urgency set in. "I freaked out," she says, thinking to herself "Oh my God, I’m 19 and people retire at this age. I have to do it now! My greatest fear is regret and I didn’t want to regret that I hadn’t given it everything I had. So it was ok for me to go for it."

And go for it she did, auditioning 24 times in one year. In 2008, as a sophomore, Moore was accepted into the Zurich Ballet Company. She did her physics homework on the airplane, and although she officially took a year off from school to dance in Europe, she audited physics courses at ETH Zurich. The company offered to extend her contract into another season, but Moore declined. "Dancing is a really tough life, and I wasn’t ready to sacrifice the physics for that." She came back to school in 2009, intending to abandon dance, and even threw out all of her leotards and shoes. "But that didn’t last very long!" Within a few months she was back on stage, and joined the Boston Ballet.

But when it came time for graduation and decisions about future moves, Moore’s ardor for science returned. "I knew I always wanted to continue with physics," she says. "So doing the Ph.D. was what I had to do while I had the momentum." Moore is clear that her training as a ballerina has primed her for success in physics. "Dance has given me this persistence and grit which is really important these days in science. I learned a lot through auditions. As a dancer and performer, we are used to putting ourselves out there and giving it all."

Moore earned her doctorate in quantum optics from Oxford in December 2017, and in January 2018, she was named to the Forbes 2018 30 Under 30 Europe list for Art & Culture. In the future, she’s also aiming to explore artificial intelligence and machine learning with dance. "I want to explore physics through dance," she says. "I don’t know what the path is going to be because I don’t take the conventional path."

At the same time, Moore believes that, in some ways, physics research is easier to manage. "If I have a 20 hour day in the lab, 3 weeks in a row, I’m like ‘At least my toes aren’t bleeding, so this is fine.’" 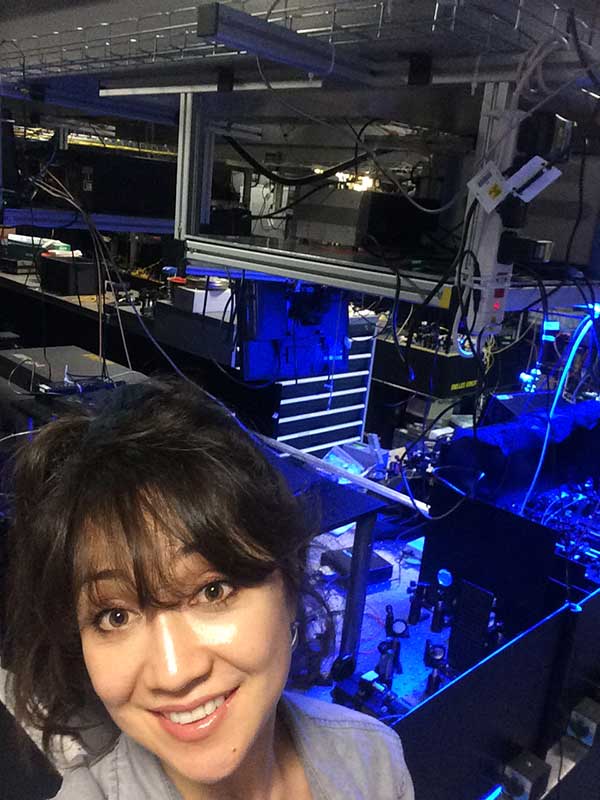 Merritt Moore in the lab