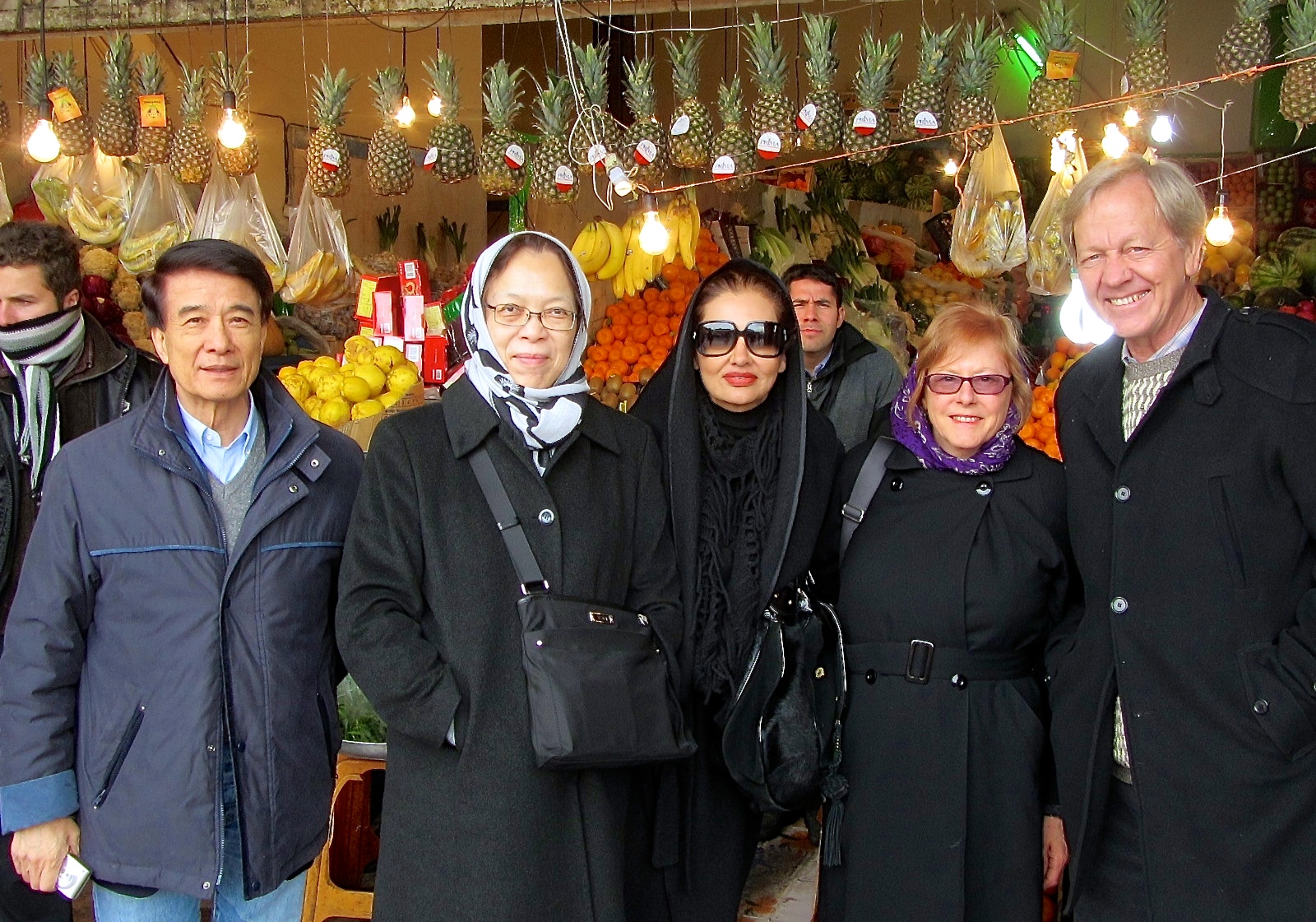 Paul and May Chu, Farzaneh Akhavan, Jill and Warrent Pickett at a Tehran bazaar during their travels to Iran for a superconductivity conference.

At the eleventh hour in September, the U.S. government blocked five scientists from four U.S. universities—ourselves and three of our colleagues—from traveling to Iran. We had been invited to attend and present scientific lectures at the 10th International Conference on Magnetic and Superconducting Materials, MSM2017. This series highlights the basic science behind exotic behavior of quantum materials, well before such materials are used in applications.

The MSM conferences enable scientists from scientifically developing countries to connect with peers in more developed nations. They are biennial international conferences that began in 1999, and have been held in countries ranging from Northern Africa (Tunisia, Morocco) through the Middle East (Jordan, Iran, Turkey), Southern Asia (Uzbekistan), and the Far East (India, Malaysia). In most of them, U.S. scientists attended, and MSM was to be held in Tehran in 2017. One of us (WEP) attended the MSM meetings in 2003 (Tunisia), 2007 (Morocco), and 2013 (Tunisia).

In view of continuing tensions between the U.S. and Iran, and in spite of sanctions being relaxed in 2016, officials at our universities advised us in the summer of 2017 to inform the relevant U.S. agencies of the visit, and we did so. To assure compliance, our conference presentations would discuss only publicly available results, as is conventional in many scientific conferences; no new breakthroughs, which conceivably could conflict with the sanctions, would be announced.

Late in August, each of the attendees was informed that our "participation … is prohibited … " by the Iranian Transactions and Sanctions Regulations (ITSR), although our legal counsel could see no reason how such conference attendance could violate the sanctions. No specific legal reasoning was provided by the U.S. Treasury Department's Office of Foreign Assets Control (OFAC), which interprets the broadly stated sanctions and declined to issue licenses for this travel. We inquired about an appeal, but were told that was possible only if there were significant changes in our applications. Since we already seemed to be in complete compliance with ITSR, there was nothing to revise. A spouse of one of us (LHG), a musician who planned to accompany us and give a recital for the conference attendees and a broader audience, without a fee, was also denied under ITSR.

This decision raises fundamental issues about the intent and application of the sanctions. First, the sanctions overwhelmingly focus on financial interactions between the two countries. Financial arrangements were never in question for this visit. No funds would be paid to the participants, or paid by them to the conference. Second, the conference is an established international conference and not an Iranian one, so it was simply being held in Iran in 2017. The Iranians would not have access to anything like sensitive information, and the conference proceedings would be published in the open literature.

Over the past four years, numerous U.S. academics have attended and presented talks at conferences in Iran without any known objection from the Treasury Department. Its denial of our application to travel did not provide reasoning, legal or otherwise. Denial of permission occurred only because the scientists, unlike the earlier visitors, requested explicit permission from OFAC. In February 2014 one of us (WEP), together with Tony Leggett (University of Illinois at Urbana–Champaign) and Paul C. W. Chu (University of Houston), visited Iran for two weeks. [Documentation of some of the activities of this visit can be seen at this UC Davis website] We attended and presented at their 4th National Conference on Advances in Superconductivity, and visited four major Iranian universities. At each campus we met with faculty groups, and sometimes administrators and student groups, to discuss science diplomacy issues. Faculty expressed great dismay in their isolation from the international scientific community, including issues such as getting their manuscripts treated objectively by international physics journals. APS publications have been forefront and steadfast in being fair and inclusive irrespective of nationality, including papers from Iranian (co)authors. Iranian students were disturbed about prospects for their scientific careers due to the lack of international communication and information exchange.

Our activities were to have been an act of science diplomacy—that is, interaction between scientists for mutual enrichment. Science diplomacy is simply using the words and actions of science and communication between scientists to make a better world, whether it is improving water resources, furthering agriculture, discussing quantum materials, or increasing broad human communication and mutual understanding.

The other of us (LHG) has had long-term and deep involvement in science diplomacy, which she made her signature theme during her 2017 year as president of APS. She has given scientific talks and workshops (to increase the scientific success of young scientists, especially women), and strengthened U.S. scientific ties with a variety of countries, including Indonesia, India, Oman, Ghana, Turkey, Tunisia, Brazil, and Cuba.

Science diplomacy has been specifically encouraged by the State Department for many years through its Science and Technology (S&T) Advisor, a position established in 2000. The position has suffered recent turmoil since the S&T Advisor, Dr. Vaughan Turekian, resigned in July before the end of his appointment [1]. Turekian had previously served as Director of the Office of Scientific Diplomacy of the American Association for the Advancement of Science (AAAS), which has direct relations with the corresponding staff in the State Department.

Very recently the National Academies released U.S.-Iran Engagement in Science, Engineering, and Health (2010-2016), authored by Glenn Schweitzer; this report makes the point persuasively that such scientific diplomacy greatly benefits American science and policy. The State Department, AAAS, and the National Academies have worked together to promote science diplomacy, and in the 2010-2016 years cooperative activities of several hundred U.S. and Iranian scientists, engineers, and health specialists were supported by the National Academies for discussions and mutual information exchange. The U.S. Department of State has been a crucial supporter of these activities, and toward the end of this period the U.S. and Iran concluded a momentous agreement on the reduction of sanctions in response to the discontinuation of the Iranian nuclear weapons program. 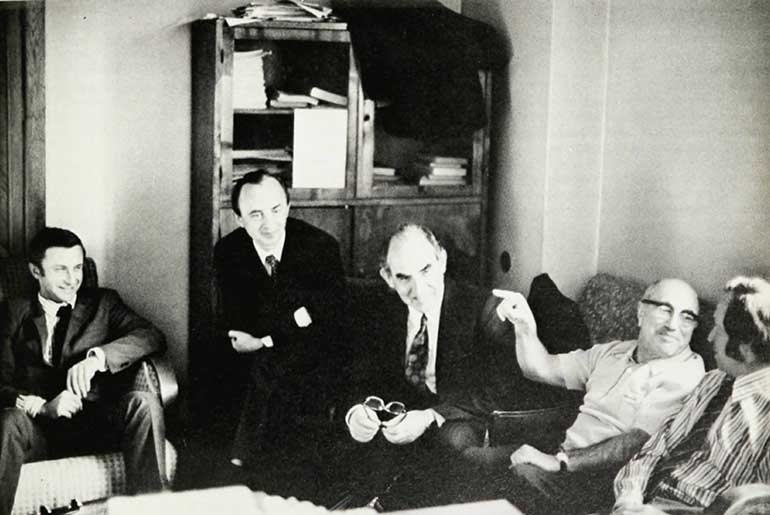 In 1974, physicists from the U.S. visited the Landau Institute of Theoretical Physics in Moscow despite cold war tensions. From left to right: G. S. Bisnovati-Kogan, I. D. Novikov, V. L. Ginzburg, Y. B. Zeldovich, and David Pines.

Recall that in the midst of the cold war in the early 1960s, U.S. physicists visited their counterparts in the USSR. The climate at that time between these two heavily nuclear-armed and contentious countries dwarfs the current U.S.-Iran conflict. Yet reciprocal visits of materials physicists began around 1960 and continued for some years, providing a stunning example of how science diplomacy can persist under the direst political circumstances. We now understand that U.S. and USSR scientists working together in those formative years changed the face of theoretical condensed matter physics in the 20th century. Scientific diplomacy and broad diversity is essential to address the challenges of the 21st century. Iran has the legacy of several millennia of a well-educated society and rich culture. This legacy has been stalled by a lapse in societal progress in the mid-east and that part of Asia for several decades, but Iran has sustained support of higher education and even today has a high proportion of university students (around 4 million of a 75 million population).

We urge members of APS and indeed all scientists to engage in scientific diplomacy when opportunities arise, and more generally to promote scientific communication and international cooperation. 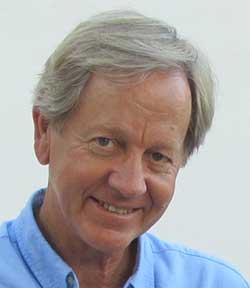 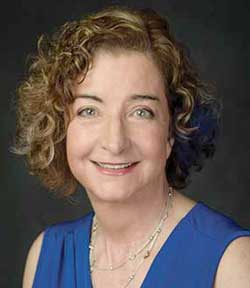