APS is pleased to announce the establishment of the Irwin Oppenheim Award to honor the memory and celebrate the legacy of the founding editor of Physical Review E (PRE). APS has launched a campaign to endow this award and invites you to support it.

As the first best-paper award by a Physical Review journal, the Oppenheim Award will recognize outstanding contributions to physics by early career scientists who publish in PRE. Conceived by the late David Chandler, a former student and long-time friend of Oppenheim, this award is a fitting tribute to the beloved colleague, mentor, and friend to many—who most notably served as a senior editor of PRE from its inception in 1993 until 2002.

APS has launched a $90,000 endowment campaign to allow the Oppenheim Award to be given in perpetuity. We are enormously grateful to family members, friends, and close collaborators of Irwin Oppenheim who have already made commitments toward this goal, and we are currently seeking the balance in the form of tax-deductible contributions. 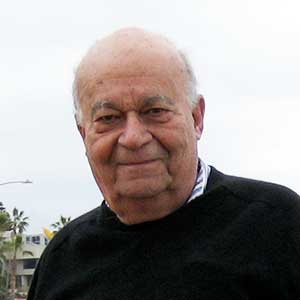 Gifts of any amount will be greatly appreciated and recognized on the Oppenheim campaign webpage; gifts of $100 or more will also be listed in the APS Annual Report. Moreover, gifts of $1,000 or more will help us get to our immediate goal of $60,000 by February 2018 more quickly—thereby allowing us to bestow the first Oppenheim Award at the special joint 2019 APS March/April Meeting in Boston.

For more information about the Award, what it will consist of, as well as Irwin Oppenheim’s remarkable legacy, please visit the campaign webpage.

Here you can also find details on making a gift, or please contact Irene I. Lukoff, APS Director of Development, at 301-209-3224 or by email: lukoff@aps.org