When a six-volume, 54-pound, 2600-page cookbook was delivered to Nathan Myhrvold’s desk recently, the 58-year-old entrepreneur wasn’t surprised. That’s because Myhrvold—who has a doctorate in theoretical and mathematical physics and was Chief Technology Officer at Microsoft until 2000—is also an accomplished chef. The cookbook, in fact, was his own. 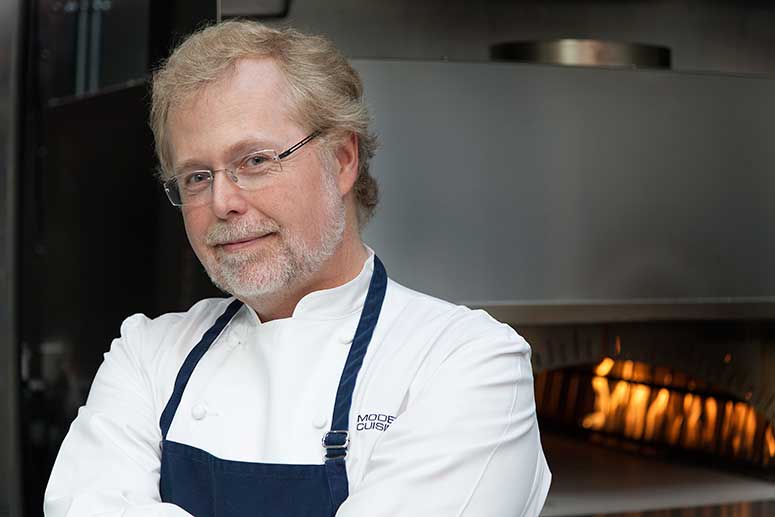 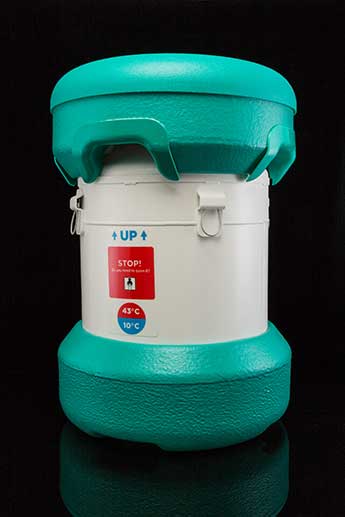 The Arktek, a solar-powered dewar for keeping vaccines cold

Myhrvold leads a team at Intellectual Ventures—the think tank and invention lab he founded after leaving Microsoft—that’s wildly diverse in its pursuits. He also heads up Modernist Cuisine, a group of chefs and chemists, among others, devoted to the culinary arts. Modernist Cuisine's staff spent the last four years baking over 36,000 loaves in bread for the cookbook Modernist Bread, the first printing of which showed up on Myhrvold’s desk in September. There’s also a humanitarian side to Myhrvold’s work, such as his team’s invention of the Arktek, a solar-powered dewar that’s capable of keeping vaccines cold for up to a month. "We write giant cookbooks, and we try to solve some of the problems experienced by the poorest people on earth," Myhrvold explains. A testament to the diversity of work going on at Intellectual Ventures: Manuscripts recently published by Myhrvold and his colleagues have appeared in publications spanning Mathematical Biosciences, Scientific Reports, The American Journal of Tropical Medicine and Hygiene, Biomicrofluidics, and The Journal of Chemical Physics.

In the Intellectual Ventures headquarters in Bellevue, WA, a rocket engine greets visitors in the lobby, and a small metal plaque hanging from it reads "NOW THIS IS ROCKET SCIENCE!" And the art installation on the ceiling that doubles as illumination is an homage to Isaac Newton: Lights shine through small and large holes that correspond to the 0s and 1s of binary code, and the pattern of holes spells out the original Latin text of the scientist’s three laws of motion.

After a brief stint as a postdoc at the University of Cambridge in the UK, Myhrvold left the world of academic physics but kept the mindset of a scientist.

"The attitude of physics—that we can understand this, or at least we should try—is with me with in everything I do," says Myhrvold. "We’re trying to harness the laws of physics … to solve important problems."

Cooking is one of Myhrvold’s passions, and he’s infused a decidedly scientific bent into his culinary work. "The centrifuge has become one of our favorite cooking tools in the lab," says Myhrvold, referring to his 3,000-square foot kitchen in the Intellectual Ventures building. "Food is full of biochemicals," he explains. "It’s not surprising that the various tools that scientists have found useful for separating and analyzing biomolecules also work on food."

Myhrvold recounted the time he and his team decided to toss frozen peas into the kitchen’s centrifuge. They whirled the veggies at 40,000g for a little over an hour and found that the peas separated into distinct layers sorted by density: pea starches on the bottom, then a thin layer with a texture like soft butter, and finally a fairly large layer of pea-flavored water. Myhrvold refers to the thin layer—an intensely flavored, spreadable essence of peas—as "pea butter" and has served it at the dinners he occasionally hosts in the kitchen. "Oh my God, that stuff tastes good," Myhrvold says.

Myhrvold and his team are known for their photographic cutaways of cooking-related tools such as BBQs, stoves, and blenders. "One of my favorite cutaways is the microwave oven," says Myhrvold. "It’s omnipresent in our lives, but virtually none of its users know what it looks like inside." To create a cutaway, staff carefully take the object apart, cut each of its parts in half, and reassemble everything. Myhrvold’s first cookbook, Modernist Cuisine: The Art and Science of Cooking, featured cutaways in abundance, as does Modernist Bread.

When he’s not experimenting in the Intellectual Ventures kitchen, Myhrvold is often thinking about dinosaurs. He’s part of a team that discovered a Tyrannosaurus rex skeleton in northern Montana in 2016, and Myhrvold is currently working on a paper about dinosaur growth rates. "The very largest of the dinosaurs may have rivaled blue whales in size," says Myhrvold. "How did they grow that large?" Myhrvold is studying rings in dinosaur bones—akin to tree rings—to determine the animals’ growth trajectories.

Myhrvold is also fascinated by asteroids, which is perhaps not surprising given his interest in dinosaurs. "We’ve been so damn lucky," he says, to have evaded a truly catastrophic asteroid impact in human history. Myhrvold has studied how well several proposed ground- and space-based telescopes would be able to detect asteroids, including those that might pose a danger to Earth. He’s also examined how data analysis techniques used to analyze asteroids might bias determinations of their physical properties.

Myhrvold’s days, in his own words, are "many and varied," and he constantly seems to develop new interests. But a firm belief in science underlies everything the physicist-turned-entrepreneur does. "Once a physicist, always a physicist," says Myhrvold.