Materials scientist Robert Henry Bragg, Jr., passed away on October 2, 2017, after a long career in physics and engineering, having made a number of contributions in characterizing materials using x-ray diffraction. Among many honors, he was named a fellow of the National Society of Black Physicists (NSBP) in 1995 and a professor emeritus of the University of California (UC), Berkeley upon his retirement in 1987.

Bragg was born on August 11, 1919, in Jacksonville, Florida, and attended Tilden Technical High School and Woodrow Wilson Junior College in Chicago before cutting his education short to enlist in the military during World War II.

After the war, he obtained his bachelor’s degree in physics from the Illinois Institute of Technology (IIT) in 1949 and his master’s degree in 1951. After a stint in industry, where he became an expert in x-ray crystallography, he returned to IIT and completed his Ph.D. in 1960.

From 1961 to 1981, Bragg was a research scientist at the Lockheed Palo Alto Research Laboratory in California. He became the president of the Palo Alto chapter of the NAACP. In 1969, he joined the department of materials science and engineering at UC Berkeley, and served as the chair of the department from 1978 to 1981, the only African American to do so at that time. Beginning in 1969 he became a principal investigator for the Materials and Molecular Division, Lawrence Berkeley Laboratory. 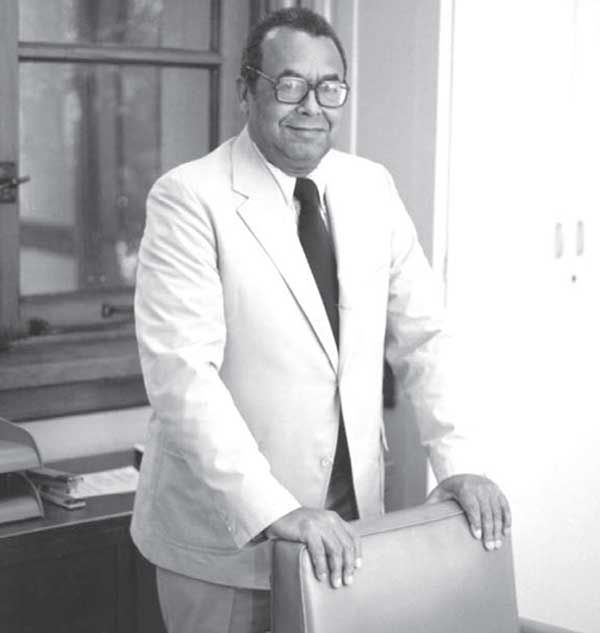 While at Berkeley, Bragg was on the policy advisory board of the Black Studies program, and during the late 1980s he had to struggle against departments that were reluctant to hire minorities. Bragg also managed the Chancellor’s Fellowship Program, which provided opportunities for minority faculty.

Bragg’s research interests included x-ray diffraction and its application to such topics as the structure and electronic properties of carbon materials, which are used in aircraft, golf clubs, and tennis rackets.

After his retirement in 1989, Bragg was awarded a Fulbright Fellowship in 1992 to conduct research for one year at the Obafemi Awolowo University in Nigeria. He also performed research at the Advanced Photon Source at the Argonne National Laboratory in 1999.

Bragg is remembered for efforts on behalf of African American scientists and engineers. At Berkeley, he worked with the U.S. Department of Energy to survey historically Black colleges and universities and determine their prospects for research funding. He sponsored the first Black Engineering and Science Students Association at Berkeley, and was involved in the Northern California Council of Black Professional Engineers. While on the faculty at Berkeley, he served on the policy advisory board of the Black Studies program.