A Teary Solution for Electricity Generation

Collecting tears in a bottle might one day have practical benefit for electricity generation, according to researchers who discovered that the antibacterial protein lysozyme—found in tears, egg whites, saliva, and milk—generates an electrical charge when squeezed. This so-called piezoelectric effect occurs in materials whose internal structure lacks a center of symmetry. When squeezed, the ions within this asymmetric structure shift, resulting in a net electric polarization. Several biological substances are known to exhibit piezoelectricity, such as bone, wood, and certain fibrous proteins. However, lysozyme is the first easily crystallized protein for which a piezoelectric effect has been identified. Reporting in Applied Physics Letters (DOI: 10.1063/1.4997446), Stapleton et al. created films of lysozyme crystals and applied a downward squeezing force. The induced voltage implied a piezoelectric coefficient as high as 6.5 picocoulombs per newton, which is comparable to natural piezoelectric materials like quartz. Certain synthetic materials used in sensors and actuators have much stronger piezoelectric effects, but they often contain lead or other toxic chemicals. Lysozyme-based materials could offer a biocompatible piezoelectric that could be incorporated into implants or drug-releasing devices to harvest electricity from their surroundings. 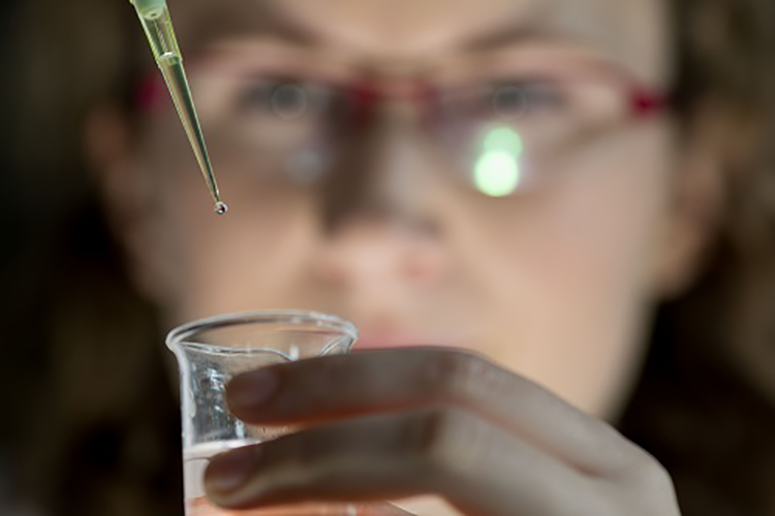 The protein lysozyme generates an electrical charge under pressure

Two studies indicate that some natural phenomena, such as ocean waves and bacteria, can behave like electrons in exotic materials called topological insulators. In materials with topological invariance, electrons are afforded the “protection” to travel around an insulator’s edges, unaffected by scattering and other perturbations. Reporting in Science (DOI: 10.1126/science.aan8819), Delplace et al. suggest similar topological behavior for so-called Yanai and Kelvin waves—equatorial ocean waves that play a major role in regulating the climate system. The authors’ calculations indicate that these waves can be regarded as unidirectional topological modes enabled by the breaking of time-reversal symmetry caused by Earth’s rotation. Topological protection may explain why these waves are not significantly disrupted by storms, wind changes, or passage through islands. In a study appearing in Physical Review X, (DOI: 10.1103/PhysRevX.7.031039) Shankar et al. investigated flocks of particles moving on a curved surface—a model that could apply, for instance, to cells roaming the folds of the gut. In such a system, the team similarly finds unidirectional topological modes that could provide channels for transport of biochemical signals in the flock, robust against perturbations and heterogeneities. (See the Synopsis “Even Flocks are Topological” in Physics.)

Researchers have now created an optical waveguide with a refractive index of zero, a situation that can lead to exotic types of energy transfer and quantum-optical effects. Conventional bulk materials have a refractive index of greater than one at optical wavelengths, and this is the basis for a vast range of applications in imaging. Nanostructured metamaterials, however, can be made to exhibit zero permeability, zero permittivity, or both, all of which give an effective refractive index of zero. Reshef et al. report in ACS Photonics (DOI: 10.1021/acsphotonics.7b00760) the direct observation of zero index in a nanostructured silicon waveguide at a technologically important wavelength (1625 nm). The researchers feed infrared light into both ends of the waveguide to create a standing wave. They then vary the input wavelength until the standing wave diverges and spans the length of the waveguide—the signal of a vanishing index. Under these conditions, optical power can flow at finite group velocity and with lower propagation loss, which could be useful in optical devices.

At zero refractive index, the electric field extends across an entire waveguide (middle)

Metal 3D Printing Gets Out of a Jam with Nanoparticles

Although better known for making plastic parts, 3D printing can also be used to fabricate metal objects. And now—thanks to a newly developed technique employing nanoparticles—the list of metal alloys compatible with this highly customizable technique has grown dramatically. Metal-based 3D printing, or what’s called metal-additive manufacturing, works differently than the more familiar plastic-based 3D printing. Rather than building layer after layer with small beads of melted material, the traditional metal-based technique involves depositing a layer of metal powder and then applying heat locally with a laser or electron beam to essentially weld the desired object from the ground up. Unfortunately, most of the commonly used metal alloys develop cracks during the 3D printing process. Martin et al. have discovered that adding nanoparticles to the powder feedstock can prevent cracking. The nanoparticles act as nucleation seeds that drive a more uniform grain growth. Writing in Nature (DOI: 10.1038/nature23894), the team demonstrated the technique with two high-strength aluminum alloys. The resulting components were twice as strong as other components that were 3D-printed without nanoparticles. The authors claim the method should extend to other alloys, such as nickel-based alloys and superalloys. 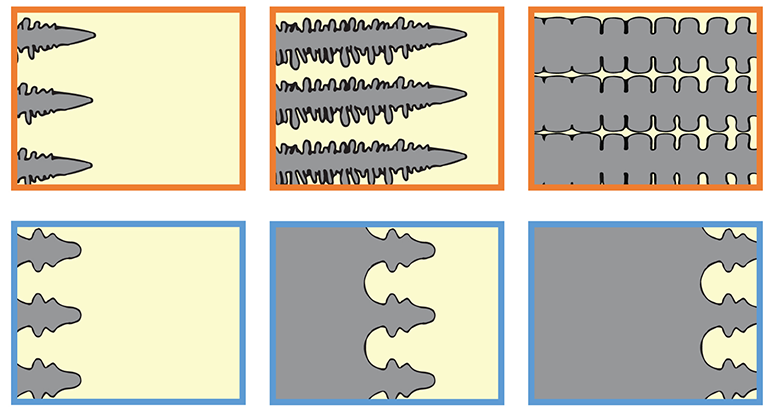 Cosmic Rays from Beyond

A large international team has discovered a significant anisotropy in the arrival directions of ultrahigh-energy cosmic rays, confirming that they come from a source outside our Galaxy. First detected in 1912, cosmic rays are atomic nuclei that generate showers of particles as they smash into Earth’s atmosphere. Determining the origin of these cosmic visitors is complicated by magnetic field deflections that randomize their paths. But with the latest generation of detectors—such as the Pierre Auger Observatory, with 1600 tanks of ultrapure water that detect Cherenkov light from the particle showers—any slight anisotropy should be observable. In a paper in Science (DOI: 10.1126/science.aan4338), the Pierre Auger Collaboration reports their analysis of data taken from 2004 through 2016, covering 85% of the sky. The researchers found that for energies higher than 8 x 1018 electronvolts, there is about a 6.5% excess of cosmic-ray particles arriving from a particular direction. That direction is away from the galactic plane, indicating a source outside the Milky Way. Moreover, they report a tentative correlation between the direction of the excess and the location of a group of known galaxies; if the correspondence holds, we might learn even more about these alien particles. 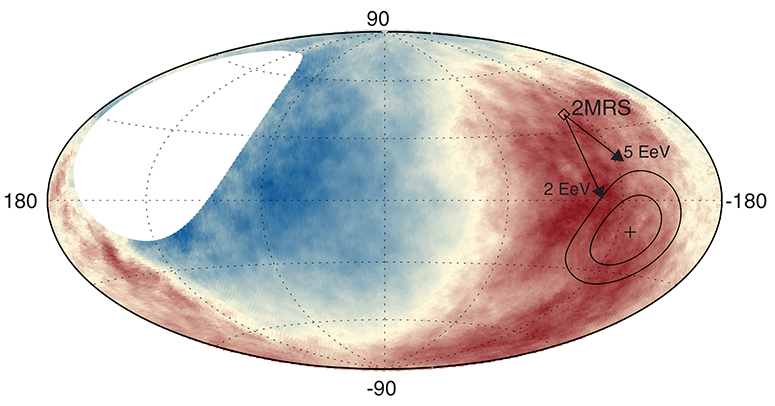