What Life is like as a Scientist in Congress

Every politician develops a narrative about why they turned to public service. As the only Ph.D. physical scientist remaining in the U.S. Congress, I spend a fair amount of time trying to recruit my future replacement(s). The following is drawn from a presentation—really a recruiting talk—that I have given everywhere from the Yale Physics Department to junior high schools in my district. It is a personal narrative of my well-trodden path from theatrical stage lighting, to high-energy particle physics, to the U.S. Congress. Its aim is to plant a seed that may someday germinate to convince a few good scientists, after enjoying the career possibilities in science, technology, and business, to spend part of their lives in public service.

My story starts when I was a 19-year-old undergraduate studying physics at the University of Wisconsin, when my brother and I started a company in our basement to build computerized theater lighting controls. This was at the dawn of the microprocessor era, when the name of the game was to squeeze every ounce of performance out of 1 MHz microprocessors with 8-bit data paths. After many near-death experiences, and thanks to decades of wise leadership from my brother, our company is now the most successful lighting company in the country. Today, it employs nearly a thousand people and manufactures in the Midwest. Our technology has been used on Broadway shows, Rolling Stones tours, Olympic ceremonies, and at hundreds of churches, schools, and community theatres across the country. In many audiences, though, I have found that all of these accomplishments are eclipsed by the fact that in the early 1980s, I designed and programmed the control system for the Disneyland Main Street Electrical Parade.

As my attention span in business seemed to be limited to less than 10 years, I soon returned to my first love and entered graduate school to study physics. At Harvard, I studied under Professor Larry Sulak, the inventor of the large ring-imaging water Cerenkov detectors and their use for studying neutrino oscillations and proton decay. My Ph.D. thesis involved the construction, instrumentation, and data analysis of the IMB (Irvine-Michigan-Brookhaven) Detector, and the (non)discovery of proton decay through the channel P → e+ + π0 predicted by the SU(5) Grand Unified Theories favored at the time. Although our experiment did not discover proton decay, it scored a significant unanticipated success when it was one of three experiments to observe the burst of neutrinos from SN1987a, a supernova that occurred 158,000 years ago in the Large Magellanic Cloud.

After receiving my Ph.D., I spent the next 23 years at Fermi National Accelerator Lab in Illinois, then the highest-energy particle accelerator in the world. The first decade was spent designing, building, and analyzing the data from giant particle detectors used to observe the debris from proton-antiproton collisions to observe particles which had not been in existence since the Big Bang. I was a member of the team that discovered the top quark, the heaviest known form of matter, and quite possibly the heaviest particle that will ever be discovered. So in Congress, when we had the Congressional reception celebrating the discovery of the Higgs Boson, I had the honor of congratulating many of my former colleagues at having discovered the second heaviest form of matter!

I spent my second decade at Fermilab designing and building particle accelerators. With my collaborator Gerry Jackson, we invented and designed the Fermilab Antiproton Recycler Ring, which was used to greatly increase the number of collisions and keep the physics program at Fermilab’s Tevatron competitive until the end of its lifetime. With a large team of collaborators, I also helped design and build prototype elements of future, large Hadron colliders.

At this point in my presentation, I almost always get asked the following question: After a reasonably successful career as a businessman and scientist, why, on God’s green Earth, would I decide to enter politics, especially as it is practiced in the United States today?

My quick answer is that I tragically fell prey to my family’s recessive gene for adult onset political activism. My parents met on Capitol Hill in the 1950s when my mother worked for Senator Paul Douglas, known to economists as the co-inventor of the Cobb-Douglas production function. Like me, my father was trained as a scientist, and during World War II he designed fire control computers for the Navy. During his service, he started getting reports on how many people were killed each week by the equipment his team built. He became very unhappy at the idea of his scientific skills being used that way. When he came back from the war, he decided to spend part of his life in service to his fellow man. He became a civil rights lawyer and went on to write much of the enforcement language behind the Civil Rights Act of 1964, one of the greatest steps forward for human rights in the history of our country.

After my father passed away, I began to read his papers, and they prompted me to begin contemplating a question that science cannot really answer for you: What fraction of your life should you spend in service of your fellow man?

For me, the idea of not spending a significant fraction of my life in service to my fellow man did not feel right. And that’s why I decided to run for Congress in the special election to replace former Speaker of the U.S. House, Dennis Hastert, in 2008. Before I committed to running, I volunteered on candidate Patrick Murphy’s campaign and then served as a 51-year-old intern in newly-elected Congressman Patrick Murphy’s office. So I like to say that I started the 110th Congress as an intern and ended it as a sitting Congressman. (So no one should think that an internship won’t get you anywhere.)

On the campaign trail, I learned that there is a long list of neurons that you have to deaden to convert a scientist’s brain into a politician’s. When you speak with voters, you must lead with conclusions rather than complex analysis of underlying evidence—something that is very unnatural to a scientist. You also have to repeat your main campaign message over and over again, since you will be lucky if a typical voter will hear you speak for a few seconds—and those few seconds have to include your campaign message.

Life as a Member of Congress requires dedication and a heavily scheduled day. In Washington, DC, I attend committee hearings, meet with constituents, and, of course, evaluate and vote on legislation. It requires a huge amount of reading. I serve on two committees—the Financial Services Committee and the House Committee on Science, Space, and Technology. Almost every weekend, I return to Illinois for meetings with constituents and to attend public events.

When I entered Congress in 2008, our country was reeling from the Great Recession. Millions of families had lost their homes, jobs, and economic security. As a Member of the Financial Services Committee, I was proud to help craft the Dodd-Frank Wall Street Reform Bill, because competent regulation is essential to prevent another crisis.

On the Science, Space, and Technology Committee, I’ve helped bring issues to the committee’s attention that I think require us to act. One example is the CRISPR/Cas9 gene editing technology discovered in 2012. This technology raises the prospect for cures for diseases like sickle-cell anemia, but also has the potential to disrupt society. At my urging, the Science Committee held a hearing on this topic, and I have been told that it was one of the best-attended hearings in the committee’s history.

As the only Ph.D. physicist in Congress, my background became important during the debate of the Iran Nuclear Deal. During this time, I had over a dozen classified briefings, many of them individual briefing by the technical experts at the Departments of Energy, State, and Treasury, and intelligence agencies. Because of the technical complexity of the agreement, members of both parties would routinely ask my opinion on aspects of the proposed agreement. Ultimately, my support was based on verification and science, not trust of the Iranian regime.

Defending the science budgets during the annual appropriation cycle is an ongoing challenge. Many members of Congress make the mistake of seeing science as an enterprise that can be stopped and restarted at will—like road construction or equipment purchases. They do not appreciate the damage that can be done to a scientific enterprise in a single budget cycle, where projects and careers that take decades to build can be irreversibly destroyed in a single fiscal year.

I want to close by emphasizing that we need people with strong scientific backgrounds, not just in Congress, but at all levels of elected office as well as our federal agencies. We need scientists and engineers on our school boards and city councils just as much as we need them in Washington. No matter what party you lean towards, if you have any interest in starting down this path, please do not hesitate to contact me. 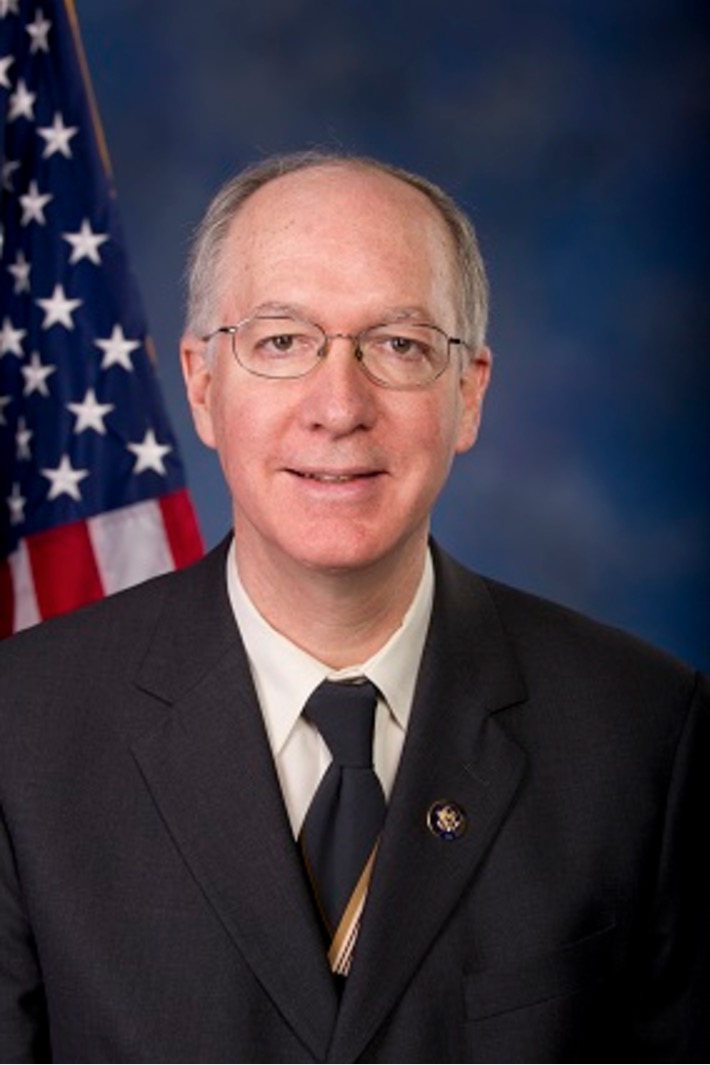