Explaining the Science of Ribs and Roasts

Greg Blonder, a physicist by training and a Boston University engineering professor, is using science to explain great barbeque (BBQ). Blonder consults for cooking competitions and websites, dusting off textbook terms like "diffusion front" and demonstrating how some physics knowledge can yield the juiciest, most tender ribs and roasts.

The New Jersey native enjoyed cooking from an early age, and he regularly made his own meals while his undergraduate classmates at the Massachusetts Institute of Technology ate in the dining halls. He mastered the art of cooking for six, with nothing more than a hot plate and two pots. "The trick is careful preparation, blended with artful heat control," he says. Preparing and eating good food remained Blonder’s avocation during his Ph.D. work at Harvard, where he investigated electron transport at interfaces between normal metals and superconductors.

After completing his thesis in 1982, Blonder joined Bell Research Labs, in Murray Hill, New Jersey, as a member of the technical staff in the physics division. Later he helped to develop products that took into account human psychology, such as software that asked users to input a picture-based password rather than a string of numbers. "Humans aren’t very good at remembering numbers, and we were concerned that people were using dumb passwords because of this memory problem," said Blonder.

Blonder recalls getting together with some of his fellow Bell Labs scientists to roast a small pig luau-style. "We placed thermocouples in the soil and in the pig and then sat back and enjoyed a beer," he said.

Rising through the ranks from bench scientist to department head to AT&T Chief Technical Advisor, Blonder led a group in the 1990s working on early personal digital assistants, the precursors to today’s smartphones. But the personal digital assistant was never marketed, and the project was dismantled in 1995 when AT&T spun off its consumer products division into Lucent Technologies.

After helping to create the new AT&T Labs Research, Blonder joined the world of venture capital, acting as both a founding CEO and an interim CEO. "A physicist’s ability to make rapid back-of-the-envelope calculations allows you to quickly determine what needs fixing, without waiting for a detailed business plan," said Blonder.

Blonder’s journey into cooking consulting began as he watched his wife, an accomplished pastry cook, occasionally struggle with a recipe. "Every once in a while a recipe of hers wouldn’t work. I’d look at it, and realize ‘That’s not right thermodynamically,’" says Blonder. "I was beginning to wonder how much of this stuff was really science."

To find out, he’d retreat to his basement-turned-cooking lab and emerge a few hours later. Once, he placed a radiation shield over the heating element of his wife’s oven to control the ratio of convection to radiative heat. Blonder’s fix ensured that the macaroon cookies his wife was making did not brown excessively. It's his background in physics, he says, that gave him the skills necessary to improvise simple experiments that come up with definitive answers. "That really has helped me," he says.

Of all forms of cooking, Blonder is drawn most to BBQ. "I love BBQ because you get to work directly with fire, which flavors as well as heats," he said. "The challenge is to improve on 10,000 years of experience and to sweep out the myths while respecting the traditions."

In 2011, Blonder read an article on the website amazingribs.com about cooking brisket. The article described how the meat would plateau in temperature during cooking, an effect Blonder had experienced and found to be due to evaporative cooling. As a scientist, Blonder immediately noted that the article lacked something: "There was no graph showing this plateau," he recounted. He plotted his temperature data and sent the graph to the website. He received an eager response from "Meathead" Goldwyn, the website’s editor, who told him that other questions in the BBQ world needed investigating, too. Blonder started to collaborate with amazingribs.com as a science advisor, and in 2016 he and Meathead published the New York Times-bestselling book "Meathead: The Science of Great Barbeque and Grilling."

Blonder has acted as a science consultant for over a half-dozen teams competing in BBQ competitions. "I’ve had teams call me up at ten at night in the middle of a competition looking for a quick fix to a problem," he says. He remembers one team that was having trouble achieving a "smoke ring," a red band around meat that is a visual sign of great BBQ. Blonder explained to the competitors that the presence of a smoke ring depends on the pH of the meat — meat that’s too acidic won’t produce a ring. He advised adding a little bit of baking soda to the meat before BBQing it to increase its pH, and the team successfully produced a smoke ring on their next round of brisket.

When asked about the most important gadgets an aspiring chef should own, Blonder was quick to respond: a digital scale and a quick-reading digital thermometer. And if you’re thinking of hosting a BBQ party, serve pork shoulder, Blonder recommends. "It’s extraordinarily forgiving, and you can cook it and serve it three hours later and it still tastes good." Ribs are a bit trickier, he notes. "A lot of the flavor molecules in BBQ are extremely high vapor pressure, so they leave before your guests arrive," Blonder says. 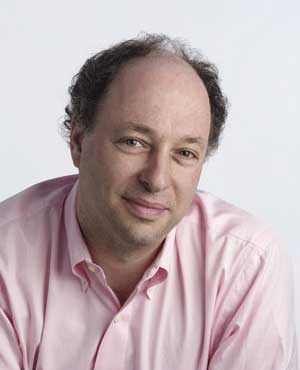