"Science is Not Just For Scientists"

APS April Meeting 2017 — Amid the political turmoil after U.S. President Donald J. Trump’s election, scientists have started debating the future of science. As part of that discussion, three physicists spoke to a nearly full house at a plenary session titled Science Policy in the 21st Century at the APS April Meeting 2017 in Washington D.C.

Rush Holt, CEO of the American Association for the Advancement of Science, a physicist and former member of Congress, captured the worries of many. "I have never seen the scientific community so uncertain, concerned, or so anxious ... We [scientists] have a reverence for evidence, but now [people] see evidence as willfully denounced and banished in principle," said Holt.

Yet the problem, he emphasized, does not lie in people’s capability to understand scientific evidence.

"[Scientists] should switch from communicating the right answer to communicating the right process," Holt proposed. "[A change] will not be done by asserting the facts, it will be done by empowering people to handle evidence for themselves, no matter their level of expertise. They can demand evidence and make judgments about its value … It’s their job to do it for themselves … Science is not just for scientists".

Cherry Murray, former Director of the Department of Energy’s Office of Science in the Obama administration and former APS President, showed the numbers behind science research funding in past years and discussed the division of discretionary and nondiscretionary spending in the U.S. budget. Her personal take on the data: expect across-the-board cuts.

"I predict that the federal funding for [science] research will be going down. … And it's not because the government believes that research is not a good investment," assured Murray. "It's because discretionary research and budgets are being highly strained … it's better to come together as all of science, rather than pointing fingers at other disciplines and saying ‘we should be funding this and not that’...".

To successfully change things on any political level, the speakers agreed that getting involved in public policy is the way to make a difference. That message was driven home by Congressman Bill Foster, 11th congressional district representative from Illinois. Foster is the only Ph.D. scientist that remains in Congress. Rush Holt, who also served as New Jersey’s 12th district representative, served alongside Foster until his resignation in 2015.

"People ask me, ‘why does anyone want to take this job [as a congressman]?’," explained Foster. "Well, there's this thing they give you … a voting card ... and you take this card, you take it across Independence Avenue, onto the floor of the U.S. House of Representatives, and you take the card, put it in a slot, and you press the red [‘no’] button or the green [‘yes’] button, and the world changes a little bit — and that’s why you take the job. The rest is just noise."

Although the three speakers do not expect every physicist to run for office, as that task itself is a full-time job, their advice was to contact local representatives to convey the importance of science-based evidence and the value of science in everyday life.

"Some of these stories need to be about science and education as an investment for the future," added Murray during her response to tips for talking to political officials. "... like your work with accelerators, [which] might be used for cancer therapy … or [that] they have these effects for other things [beyond] high energy physics that helps society … that would be a really good story to tell."

During a time of international tension, Sergey Kislyak, Russia's ambassador to the United States, offered his views at a scientific session, Physics Improving International Diplomacy. As the history of U.S. and Russia relations shows, he said, scientific collaboration played a crucial role in achieving scientific discoveries and achievements, even throughout the Cold War.

"I think a lot of things can still be done at this point," commented Kislyak. "... It's very important that ties between people and understanding between people is remembered … Science and technolog[ical] collaboration is one of the best vehicles to build that type of trust, because they [scientists] are interested in the success of the collaboration, [and] they understand what the other side needs [or] what it doesn’t."

"Think [of the] Russians and Americans on the space station," Kislyak continued. "They risked their lives together to be able to continue the exploration of space … That's the model we need to strive for."

To obtain resources for contacting your local state representative, contact the APS Office of Public Affairs. 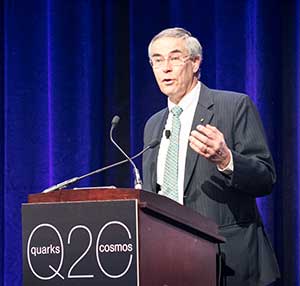 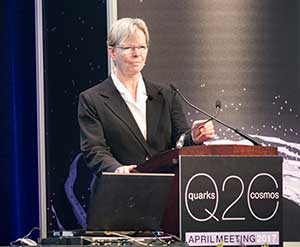 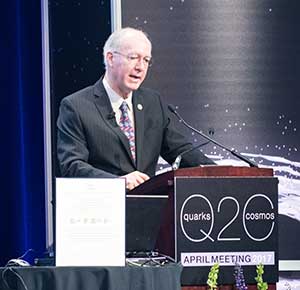