APS Honors and Why Philanthropy Matters

For over a century, APS has thrived, in part due to the generous philanthropic support of its members. This philanthropy is the main source of support for the APS Honors, which include prizes, awards, fellowships, and lectureships. These Honors have traditionally been the primary vehicles for the 47 APS units (including divisions, forums, sections, and topical groups) to recognize outstanding achievement in research, education, and public service — and in addition to memorialize important physicists. Of the more than 60 APS-wide prizes and awards, and more than 40 unit-level awards, a number of them still require funding to be fully endowed and/or to provide additional benefits to their recipients.

Here is, in his own words, what inspired APS Fellow and Life Member Herbert L. Berk of the University of Texas at Austin to recently establish a $50,000 endowment:

I am about to retire from a 53-year career in research and teaching of physics. One of the most interesting tasks I participated in was being as a member of the committees that formulated the concept and sought permanent funding for the Nicholson Medal, named in honor of Dwight Nicholson, of the University of Iowa, who was killed by an irate student for no sensible reason. Dwight was chairman of the physics department, and had warm encouraging relations with many of his colleagues and particularly with students and young research scientists. To honor this trait in him, the Nicholson Medal for Humanitarian Service was created in 1993, renamed the Nicholson Medal for Human Outreach in the early 2000's when a permanent travel endowment was established; it is now named the Nicholson Medal for Outreach. One of the principal bases for the medal is the recognition of mentoring that an experienced physicist can give to young emerging scientists. I believe that mentorship, in addition to awards for scientific advancement, is an important trait that our Society should recognize, and this recognition will be enhanced if the awardee would receive a monetary prize in addition to the Medal. Hence, I have donated $50,000 to establish a permanent endowment to supply an annual monetary award of $2000 to the Nicholson recipient. It is my hope that my gift will encourage others who knew Dwight and appreciate the role of mentorship, to donate additional funds to enhance the monetary component and prestige of this award.

APS is extremely grateful to Herbert Berk for his vision and generosity, and encourages others to follow his lead.

There are a number of existing Honors that need additional funding to be fully endowed — as well as Honors pending establishment — that could use your support. If you wish to learn more about giving opportunities related to our Honors or other APS-led programs (Education & Diversity, Public Outreach, International Affairs, Industrial Physics, Public Affairs, Matching Membership) please contact Irene I. Lukoff, Director of Development at 301-209-3224 or lukoff@aps.org. 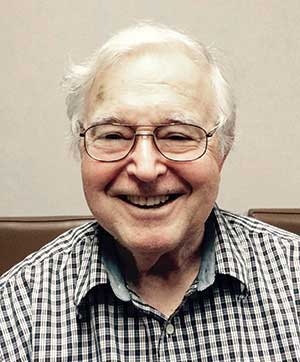