Predicting the seemingly unpredictable is the name of the game for FICO (originally named Fair, Isaac, and Company), one of the largest analytics firms in the nation. While it is best known for its FICO credit score that lenders use to determine loan interest rates, in fact the 60-year-old firm’s business is much broader than that. It sells a whole suite of products and services for a range of customers, including financial institutions, non-financial corporations, and even individuals, with a very specific value proposition: FICO aims to foretell risk and stop fraud.

For FICO to maintain its brand as an industry leader in uncovering financial cons, it must stay innovative and agile. The solution is in the data analytics. In order to protect its clients from fraud and other malicious behaviors, FICO relies on terabytes of data, collected both in the past and in real time, to predict the next financial moves of individuals and organizations. This seemingly chaotic system has to be overseen by someone with both a keen eye and an appreciation for how to extract knowledge from credit card swipes and the other minutia of our daily lives. FICO’s wrangler is Scott Zoldi, a Ph.D. physicist with a background in chaos theory who serves as the company’s Chief Analytics Officer (CAO), a position he has held since 2015.

"Any behavior — of people, numbers or events — is ultimately unpredictable. Or is it?" Zoldi says with a wink. "From my postdoctoral work in chaos theory to a career in analytic science, I’ve been endlessly fascinated by the behavioral patterns and predictive insights that data can yield. I’ve watched, with great amusement, the business world’s discovery of Big Data and subsequent obsession with it."

The author of over 35 patents in areas as diverse as self-learning models, cybersecurity, and preventing money laundering, Zoldi has in the last year advanced FICO’s reach into new sectors. He is currently fortifying its cybersecurity infrastructure, and is working on the FICO Enterprise Security Score, a new set of products driven by machine-learning algorithms that identify cybersecurity risks across a company and its supply chain.

Zoldi’s secret weapon is his physics education, and his fascination with the subject stems from his parents — his father taught physics at the University of Maine, near where he grew up, and his mother taught math at Husson College. He went to the University of Maine in Orono, graduating with a bachelors in engineering physics in 1994. He went to grad school at Duke University, where he became interested in areas of math and physics "where our ability to explain the world breaks down," he says. Chaos theory enveloped him, as he took a deep dive into simulations of condensed matter systems, which gave him his first taste of high performance computing.

As a doctoral student, Zoldi received a Department of Energy Computational Science Graduate Fellowship, which required he complete a practicum, essentially an internship, at a federal government laboratory. He spent two summers at the Center for Nonlinear Studies at Los Alamos National Laboratory (LANL). "It was a perfect fit for me," he recalls. The problems were eye-opening. "One of the research areas was shadowing theories of numerical simulation" he explains. "We were trying to understand the point at which the simulations break down, the equations become unstable, and the system moves into unpredictability."

By the time he finished his Ph.D., he was convinced that he would continue as a researcher in complex systems and in fact became a Directors Postdoctoral Fellow at LANL, which helped fuel his motivation. "I had my own money, freedom, and autonomy," he says, "It was perfect."

But then, rather dramatically, his environment changed, and things became fractured and unpredictable. LANL became embroiled in an international incident in which hard drives went missing and serious concerns were raised regarding who had access to sensitive laboratory information. Suddenly, policies were put into place which significantly restricted lab employee collaborations with scientists from outside the U.S. Zoldi’s work was negatively affected, as his partners were scattered across the planet.

Around the same time, Zoldi took a jaunt to San Diego to visit a friend, and "I fell in love with this place," he says. The strange attraction was immediate and encompassing, and rather impulsively, he says, he began plotting a getaway from the mesa to the sea.

HNC Software, a San Diego firm developing software based chiefly on artificial neural networks, came across his radar. It had a credit-card-detection product that seemed interesting. The product "needed to make predictions in real time," he describes. To prevent potential fraudulent purchases, "It had to be automated. It had to have an intelligent model that analyzed a large transaction history quickly and outputed a score into a system to make a decision."

"I saw parallels between my work and their needs," Zoldi says. When he joined the company in 1999, "I had been spending all of my time looking at patterns, and the transition from normal to abnormal. So now I was enthralled with how you could apply that to people, and capture that in an equation, because people are not as regular as physical systems. They are a lot harder to describe, but that was part of the fun."

The challenge of how to identify fraudulent credit card transactions was even more complicated than he expected. First of all, the data set was "humongous, consisting of nearly two-thirds of the world’s credit card holders," he says. One of his first tasks was examining ways to segment the population into different categories of people to determine personas of both legitimate and fraudulent card usage. Then there was the fact that the company was doing streaming analytics, in which real-time decisions needed to be made about human behavior in 10 to 15 milliseconds. "So you have to anticipate what you can calculate recursively about purchase history," he says. "I’m going to have to anticipate if you make a purchase whether is it really you or is it a fraudster."

"Now when you make a purchase, the algorithm pulls up a card purchase profile — the math variables that summarize your purchase history," he says. There are about 100 or 200 key variables that are used to quantify whether a transaction is fraudulent or not, and Zoldi’s role was to constantly fine-tune the models that process those variables and return a score regarding the validity of the purchase.

"That was really hard for me," he admits, thinking back to when he started in this business. "I was really, really good in coming up with an equation, understanding where the system becomes unstable or unpredictable, and even making unstable systems stable by adding perturbations. But here, there was no equation. It was an entirely different way to come up with hypotheses to describe people."

But he persevered, and when HNC was bought by FICO he advanced to an even higher level role in data mining. Today, as CAO of FICO Analytics, Zoldi’s division has approximately 100 physicists, mathematicians, and statisticians, bigger than most university physics departments. "I feel it is a little like being in academia, perhaps even more supercharged," he says. Between the patents he files and the continued research he conducts in all areas of analytics, including one or two projects each year which are exploratory in nature and are not necessarily tied to a prospective product, "This allows me to be satisfied as a researcher."

But looking back, would he have been able to use his own predictive analytics to guess where he’d be today? The answer is a resounding no. "This has been a great move for me," he assesses, "I wouldn’t have expected this career path, but in hindsight it’s well correlated with my physics research and a big part of why I’m successful." 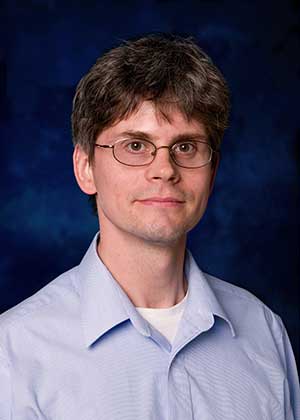