Stephen D. Covey is a grad school dropout. Inspired by the space race of the 1960s, he majored in physics at Wabash College, and then in 1971 joined the physics department at Ohio State University for a doctorate, all with an eye on a space-based career. "Unfortunately, we were also canceling the space program," he says. "I remember a lot of physics Ph.D.s were starting to push brooms because there weren’t any jobs." A lover of both physics and computers, he ditched his doctorate dreams and joined a computing firm. "The easiest thing was to make my job in computer programming, and relegate my physics to a hobby."

He spent a good part of 25 years in computer consulting, database design, and operations for various companies. In 1996, a buddy approached him and asked him to join his telecommunications company, Applied Innovation, Inc., and Covey jumped at the chance "to come back into the physics world," he says. "I became Director of Research and Development (R&D) and got to play with lasers again." He remained with the firm for seven years, until the telecoms bust led to his layoff, and a subsequent call to his wife that they could finally move to Florida and retire.

But Covey isn’t the retiring sort. Once in the Sunshine State, he became a licensed real estate agent and created websites to market golf course properties. But while he was busy helping sell habitats on Earth, ideas about habitats and travel in space continued to interest him. His mind stayed sharply tuned to opportunities where he could influence how humans interface with outer space and even move off-planet. "I was working behind the scenes on space stuff," he shares. He says that, in fact, he had never left the field entirely, reading the literature and staying abreast of research and scientific and technological innovations in and around the space industry.

In particular, Covey became captivated by an event that will happen Friday, April 13, 2029. On that date, an asteroid will pass close (according to NASA) to Earth. Its name is 99942 Apophis, and relying heavily on his physics background, he began calculating how to change the trajectory of the asteroid or capture it entirely. This involved identifying one of the asteroid’s "gravitational keyholes." If an asteroid passes through a small patch of space (the keyhole) just "behind" a planet in that planet’s motion around the sun, the planet’s gravitational force changes the asteroid’s orbit, and a future pass through the same keyhole may cause an impact on the planet.

"I proposed targeting a keyhole that would pass close to the Moon in 2030 for a gravitational slingshot to capture Apophis into a very high Earth orbit," he says. "I recognized we can send a spacecraft up and make a small adjustment to put it into a very high Earth orbit for further study, or push it further away to prevent a future collision." Experts consulted for this article found Covey’s proposals very speculative but possible in principle. They noted that the markets that would sustain this type of resource development have not yet been created. (The scientists preferred not to be identified to avoid promoting the activities of a particular company.)

He addressed his interests in space and asteroids on his blog, Ramblings On the Future of Humanity. But he also wrote up his calculations in a paper which he delivered at the 2010 International Space Development Conference (ISDC). There were other like-minded, science-educated space buffs in the audience, and they liked what Covey proposed. They all came together for coffee. They wanted to learn more. And it led to something very special. "We gathered as a group of individuals to discuss orbital changes, capturing asteroids, and space settlements. We were dreamers," he says. They called themselves the Asteroid Mining Group. "The original seven included four physicists and one of the world’s greatest space artists, Brian Versteeg. There were also engineers and a lawyer."

This motley cosmo-crew continued their discussions over the next year, working out the details of the technological requirements of shifting and capturing asteroids. By the time the next ISDC rolled around, Covey wanted to use a 3-D printer in a space-based factory, with the raw material extracted from asteroids. "While we were at the Sheraton, I came up with a way to do it. There were no similar technologies," he says. The team filed a patent that day, for what Covey dubbed the MicroGravity Foundry. "It is the first 3-D printer that creates high-density, high-strength metal components even in zero gravity," he later wrote in a statement. "Other metal 3-D printers sinter powdered metal, which requires a gravity field and leaves a porous structure, or they use low-melting-point metals with less strength."

And a few days later, at the end of the 2012 conference, Covey and five other members of the Asteroid Mining Group met with some business executives and engineers, and together the group agreed to start Deep Space Industries (DSI). "It moved quickly." By the end of the year it was incorporated, and in January 2013, DSI announced its mission of developing the technologies to find, harvest, and supply the asteroid resources that will transform the space economy. It is one of a handful of companies operating in the sector dubbed "New Space," which focuses on unlocking the commercial potential of space-based resources and private spaceflight. Other enterprises in New Space include Planetary Resources, another asteroid mining firm, and Blue Origin.

Covey serves as DSI’s Director of R&D and focuses on the production of marketable products from asteroid materials. Asteroids are rich in metal and water and if they could be mined, they might provide a supply of materials for space travel, habitation, and commerce. They could also serve to reduce the use of natural resources on Earth. So DSI is inventing technologies that can be used to identify and extract those resources from asteroids, and Covey is inventing mechanisms to build and sell products out of those resources.

For now, the plucky start-up is concentrating on building its exploration technology, intellectual property, winning government grants and commercial contracts, and attracting venture capital. It recently announced that it would be launching Prospector-X in 2017, a robotics spacecraft which will be used to test key technologies required for deep space resource exploration. The mission, supported in part by the government of Luxembourg, will operate in low Earth orbit and examine the viability of water-powered propulsion, radiation-tolerant deep space avionics, and optical navigation. The company is also looking to design products that can be used for customers interested in both earthly endeavors and star-bound enterprises.

One of Covey’s current projects is partnering with NASA to develop a simulated asteroid material with which the agency can run spacecraft mission tests. "If you need tons of asteroid materials for tests, it doesn’t work to just buy meteorites. It would cost more than a billion dollars for a ton. And no one would dream of gathering all of the meteorites and grinding them down," he says, somewhat jokingly. "My job for DSI is to develop the right mineral composition and turn the simulants into the right textures so they resemble actual asteroids."

One of the subjects that Covey dreams about is human habitation in the solar system. "Now I’m working on space settlement, which is my real passion," he says. "I’m a big believer in asteroid mining, but it’s a way of supporting space settlement." With an eye on capturing asteroid resources and bringing them to near-Earth orbit, DSI could then develop products from those resources. For example, in principle, if the hydrogen and oxygen molecules from the water in the rock could be converted into rocket fuel without breaking the bank, this could allow regular travel to Mars and beyond. "Our expectation is that we will bring the ores and the concentrates we take from the asteroids to the marketplace of Earth," he says. "We view ourselves as a commodity dealer. We are the grocery store of the [next] gold rush." 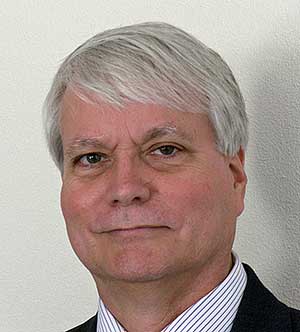