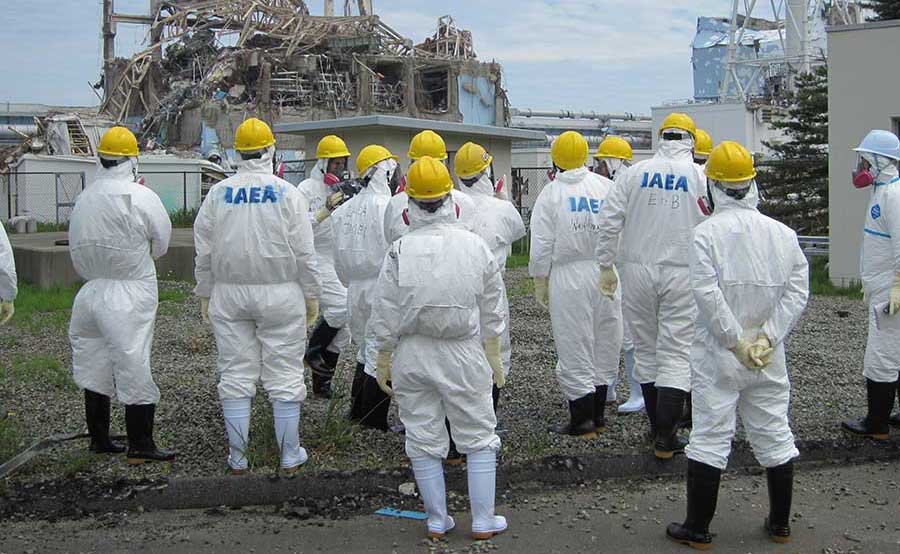 A team from the International Atomic Energy Agency surveys the damaged nuclear reactor in Fukushima, Japan.

The Cold War loomed large in Edwin Lyman’s experience as a physics graduate student in the 1980s. “[Ronald] Reagan’s Strategic Defense Initiative Program was getting into full swing then,” Lyman remembers, “and there was a lot of attention focused on the responsibility of scientists, particularly physicists, who engage in programs that might have moral implications.” When the time came for Lyman to select a thesis topic, he chose string theory and high energy particle theory, a decision partly intended to minimize any potential military applications of his work.

As Lyman neared the end of his Ph.D. studies at Cornell, he became increasingly involved in discussions with other physics students and faculty about the social repercussions of defense work. When the native New Yorker graduated in 1992, he accepted a postdoctoral position focused on science and security policy at the Center for Energy and Environmental Studies (now the Science and Global Security Program) at Princeton University. “I had become convinced that engaging in policy might be a better use of my resources,” he says.

Lyman’s postdoctoral work involved determining what to do with the significant stockpiles of plutonium left over from the recently ended Cold War. “One option [for disposing of the plutonium] that was being pushed very hard by the Department of Energy (DOE) and other countries was to use that material as a fuel for nuclear power plants,” he says. However, Lyman and his colleagues at Princeton recognized several of the issues with using plutonium in nuclear power plants — it’s more expensive than a conventional fuel like enriched uranium, and it has to be safeguarded and protected to stringent standards.

The researchers decided to instead focus on turning the plutonium into a stable waste form that could be safely buried underground. “We were looking at essentially vitrifying the plutonium — that is, mixing it with radioactive waste and glass-forming materials,” Lyman says. “Some Russian scientists were claiming that plutonium had very low solubility in such glasses. However, I concluded that the plutonium solubility was strongly dependent on the glass composition and that the Russian results were probably outliers.” DOE later came to a similar conclusion and briefly considered plutonium vitrification before canceling the program because of the cost.

In 1995, at the conclusion of his postdoctoral work, Lyman moved to Washington, D.C. and accepted a job at the Nuclear Control Institute (NCI), an organization devoted to discouraging the commercial production and use of nuclear weapons-grade materials. “We promoted the conversion of highly enriched uranium-fueled research and test reactors so that they could use low-enriched uranium, which is not directly weapon-usable,” Lyman says. “We [also] worked to prevent the Nuclear Regulatory Commission from weakening requirements for protecting nuclear plants from terrorist attacks, which took on greater urgency after 9/11.”

After the NCI lost its primary funder, the W. Alton Jones Foundation, in 2001, Lyman accepted the position of president and attempted to secure enough funding to keep the organization going. He was unable to obtain sufficient funding, but he learned that a job opportunity had opened up at the Union of Concerned Scientists (UCS). The independent scientists and policy leaders at UCS focus on combating global warming, ensuring stringent regulations of nuclear power, and stopping the spread of nuclear weapons, many of the same issues that Lyman had supported at NCI.

Lyman joined UCS in 2003 as a senior scientist, a role he still holds. His work involves a mix of research, writing, and public speaking, and he has described his role as “a nuclear safety watchdog. … to ensure that U.S. nuclear reactors are adequately safe from accidents and secure from terrorist attacks.” Lyman often testifies before Congress on matters related to nuclear energy, and he served as an expert analyst after the 2011 Tōhoku earthquake and tsunami in Japan crippled the Fukushima Daiichi nuclear power plant.

On March 11, 2011, a magnitude 9.0 earthquake triggered tsunami waves that swamped Fukushima Daiichi, an aging power plant built on the coast in Fukushima prefecture. The plant suffered a complete loss of primary and backup power — a worst-case scenario known as a “station blackout” — and workers were unable to pump sufficient cooling water over the plant’s nuclear fuel rods to keep them safely below 1500°F, the approximate temperature at which they start to disintegrate. In three reactors, the fuel rods boiled away their protective water baths and began to melt through their confinement vessels, releasing harmful radioactive materials into the environment.

As the disaster in Japan unfolded, Lyman and his colleagues worked around the clock in Washington, D.C. to provide expert analysis about potential radiation leaks and the structural integrity of the reactor buildings. “We put out some early analysis … at that time, I think I was one of the only commentators to predict that there would be meltdowns and hydrogen explosions,” he says. “The media interest was astronomical, like nothing we’d seen before.”

When Lyman provided testimony to the Senate Committee on Environment and Public Works on March 16, 2011 about the situation in Japan, he was asked whether a meltdown could also occur in the United States. His comments were sobering: “We have plants that are just as old, and we have had a station blackout. We have a regulatory system that is not clearly superior to that of the Japanese. We have had extreme weather events that exceeded our expectations and defeated our emergency planning measure[s], [such as] Hurricane Katrina.”

In 2014, Lyman and his colleagues at UCS published a book entitled Fukushima: The Story of a Nuclear Disaster. The book highlights the events that preceded the meltdowns at Fukushima Daiichi and argues that the regulations and safety protocols governing nuclear power plants in both Japan and the United States are not stringent enough. “Nuclear energy is hard. It’s hard to engineer, and it’s hard to go from a paper study to a functioning, reliable, operating plant,” Lyman cautions.

Lyman’s role as a communicator and spokesman of science continues to be a challenge. “[There has been a] shift away from fact-based reasoning and the substitute of social media volume for actual facts,” he says. “In physics, there are plenty of controversies, but things do get settled with information. That doesn’t always happen in public policy,” he says. “[But] I do believe that persistence will pay off and facts and good analysis will ultimately prevail.”

Katherine Kornei is a freelance science writer in Portland, Oregon. 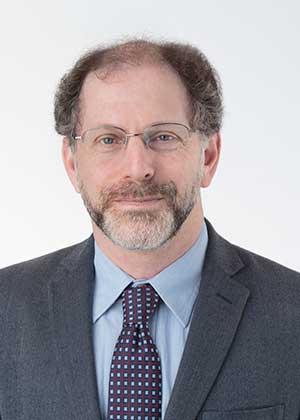