Each year, a group of Nobel Laureates in physics and chemistry meets with about 400 early career scientists and engineers from over 80 nations. This conference is known as the Lindau Meetings, and APS News had the opportunity to talk with Jürgen Kluge, the new chairman of the Foundation Lindau Nobel Laureates Meetings.

Kluge, who has been associated with the Meetings since the early 2000s, worked for McKinsey & Co. for 25 years, where he concentrated his efforts in the automotive, mechanical engineering, electronics, utilities, and telecommunications industries. He has served on numerous boards of directors for international companies, and currently is a senior advisor at Bank of America Merrill Lynch. His Ph.D. is in experimental physics, and he is an honorary professor of mechanical engineering at Technische Universität Darmstadt in Germany. (This interview has been edited for length and clarity.)

AGL: Why did you become involved in the Lindau Meetings?

JK: I became involved by Wolfgang Schurer, my good friend and predecessor, basically 10 - 15 years ago. The meeting had problems: financial, organizational, and so forth. Wolfgang had to fix it and he asked me if I could help. I helped recruit a few sponsors, for example Siemens, who is still a good friend of the meeting, and a few others, like the Mars Corporation. With Wolfgang’s efforts and my little help, it turned around and became stable and much better and now it is what it is.

AGL: What has been and will be the legacy of Lindau?

AGL: Why is networking such an important aspect of this conference? Why does it underscore everything you do?

JK: Because networking is probably the most value added activity you can do in a week. Inviting one young student, it costs us X but the value created scales with X squared. We have 30,000 - 35,000 alumni from the last 66 meetings and we will get them on the database and try to get them involved on a regular basis. These are the best and the brightest. So why not leverage that?

AGL: What advice do you have for the early career scientists who attend Lindau, in regards to interacting with the Nobel Laureates?

JK: They shouldn’t be shy. The Nobel Laureates aren’t shy. They are amazingly normal people (laughs). In a sense they are super good and they know they are super good. They cruise with weightless speed. I like it relaxed. The Nobel Laureates like it relaxed. So the young people shouldn’t be shy. They approach them, they take photos. Selfies are the thing of the day and they don’t mind. They even sign copies of books. And they are approached for advice. That’s what it’s all about.

AGL: How has the Lindau conference changed over the years, as science and technology has advanced in different directions?

JK: Standstill is not an option; we have to make it contemporary, without sacrificing the quality and eternal values. But the main purpose is not changing. Young scientists and Nobel Laureates 50 years ago and in 50 years will be the same. So that’s enduring. To engage the sponsors, we invented something called “the innovation forum” as a pre-meeting. This time we had 30 CEOs and CTOs, for example from Siemens and Novartis, and 12 Nobel Laureates, and Vint Cerf [one of the originators of the internet who was at Lindau in an exchange with the Heidelberg Laureate Forum]. We had discussions about quantum computing and artificial intelligence and self-driving cars. The topics have to be current.

JK: I drive race cars from time to time, which teaches you discipline, otherwise you hurt yourself. I also do charity. 10 years ago I helped found Little Scientists’ House (now supported by the Siemens foundation) to support natural science experiments in kindergartens. We wanted to do something covering the whole country in Germany and now we are in 28,000 kindergartens, doing natural science experiments in classes. My dream is when I am really old and I’m going to die, there will be a Nobel Prize Laureate and he will be asked “Where was your first contact with science?” and he will say in the Little Scientists’ House.

AGL: How did your work at McKinsey prepare you for your role with Lindau?

JK: In consulting, the approach I took was always a scientific approach. First you see a problem, then you need a coordinate system to describe it. That’s the act of creativity and where you need experience, to find a coordinate system that’s suitable for the problem you have. [As a physicist], I look at problems in that structured way.

AGL: That’s why I think physicists are particularly well-suited for …

JK: Every problem! Exactly. We are so lucky in Germany with Angela Merkel that in times of crisis, we have a trained [physical chemist]. A skill that I have is to explain difficult things in a simple way that normal people understand; to quote Einstein, as simple as possible, but no simpler.

AGL: At this conference what were you especially excited about? Were there certain Laureates you wanted to meet?

JK: Steven Chu is always a delight. I met the guy who wanted to hire me (as a postdoc), Ted Hӓnsch; he’s a super guy. He’s so pragmatic and he’s kind of a businessman. I like him. But I like all of them.

AGL: Going forward, what can we expect next year?

JK: It’s just a superbly organized, beautiful meeting in a superb setting, carried by the goodwill of nearly everyone here. So I would be a fool to make dramatic changes. I will make small changes. The Innovation Forum will be renewed and even better. It will be even more global. We now have 83 or so nationalities. We will go for even more people from all over the world. We are very engaged with Africa. And we usually sign Memoranda of Understanding, and this time, we signed MOUs with Pakistan, China, South Africa, and the American University in Beirut.

JK: There’s an old saying: If you want people to say that you are funny, don’t tell them you’re funny, tell them the joke. With Lindau, I hope you can sense and embrace the spirit and I hope it radiates for itself. It’s a piece of art in a sense. All small pieces have to fall in place for the mood to be created here.

The author expresses appreciation to the organizers of the Lindau Nobel Laureates Meetings for a partial travel fellowship to attend. 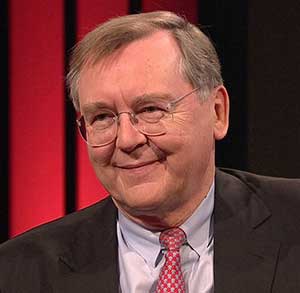