Why Does the Universe Exist?

Sidney Morgenbesser, a much-beloved professor of philosophy at Columbia University, renowned for his aphoristic wisdom, was once asked, “Why is there something, rather than nothing?”

“If there were nothing,” Morgenbesser immediately replied, “you’d still be complaining.”

Let’s start with the relatively straightforward, science-oriented question: could the universe exist all by itself, or does it need something to bring it into existence?

As Galileo taught us, one of the foundational features of modern physics is that objects can move, and tend to do so, without any need for an external cause or mover. Roughly speaking, the same goes for the universe. The scientific question to ask isn’t “What caused the universe?” or “What keeps the universe going?” All we want to know is “Is the existence of the universe compatible with unbroken laws of nature, or do we need to look beyond those laws in order to account for it?”

This question is complicated by the fact that we don’t know what the ultimate laws of nature actually are. Consider an issue that is inextricably tied to why the universe exists: has it existed forever, or did it come into existence at some particular moment, presumably the Big Bang?

Nobody knows. If we were Pierre-Simon Laplace, who believed in the classical physics of Newton and scoffed at the idea that God would ever interfere in the workings of nature, the answer would be easy: the universe exists forever. Space and time are fixed and absolute, and it doesn’t really matter what happens to the stuff that is moving around inside space. Time stretches from the infinite past to the infinite future. Of course you are always welcome to consider other theories, but in unmodified Newtonian physics the universe has no beginning.

Then in 1915 along comes Einstein and his theory of general relativity. Space and time are subsumed into a four-dimensional spacetime, and spacetime is not absolute — it is dynamic, stretching and twisting in response to matter and energy. Not long thereafter, we learned that the universe is expanding, which led to the prediction of a Big Bang singularity in the past. In classical general relativity, the Big Bang is the very first moment in the history of the universe. It is the beginning of time.

Then in the 1920s we stumbled across quantum mechanics. The “state of the universe” in quantum mechanics isn’t simply a particular configuration of spacetime and matter. The quantum state is a superposition of many different classical possibilities. This completely changes the rules of the game. In classical general relativity, the Big Bang is the beginning of spacetime; in quantum general relativity — whatever that may be, since nobody has a complete formulation of such a theory as yet — we don’t know whether the universe has a beginning or not.

One possibility is that time is fundamental, and the universe changes as time passes. In that case, the Schroedinger equation is unequivocal: time is infinite. If the universe truly evolves, it always has been evolving and always will evolve. There is no starting and stopping. There may have been a moment that looks like our Big Bang, but it would have only been a temporary phase, and there would be more universe that was there even before the event.

The other possibility is that time is not truly fundamental, but rather emergent. Then, the universe can have a beginning. The Schroedinger equation has solutions describing universes that don’t evolve at all: they just sit there, unchanging.

You might think that’s simply a mathematical curiosity, irrelevant to our actual world. After all, it seems pretty obvious that time does exist, and that it’s passing all around us. In a classical world, you’d be right. Time either passes or it doesn’t; since time seems to pass in our world, the possibility of a timeless universe isn’t very physically relevant.

That’s a universe that is not evolving in time — the quantum state itself simply is, unchanging and forever. But in any one part of the state, it looks like one moment of time in a universe that is evolving. Every element in the quantum superposition looks like a classical universe that came from somewhere, and is going somewhere else. If there were people in that universe, at every part of the superposition they would all think that time was passing, exactly as we actually do think. That’s the sense in which time can be emergent in quantum mechanics. Quantum mechanics allows us to consider universes that are fundamentally timeless, but in which time emerges at a coarse-grained level of description.

And if that’s true, then there’s no problem at all with there being a first moment in time. The whole idea of “time” is just an approximation anyway.

I’m not making this up — this kind of scenario is exactly what was contemplated by physicists Stephen Hawking and James Hartle back in the early 1980s, when they helped pioneer the subject of “quantum cosmology.” They showed how to construct a quantum state of the universe in which time isn’t truly fundamental, and in which the Big Bang represents the beginning of time as we know it. Hawking went on to write A Brief History of Time, and become the most famous scientist of the modern age.

Sean Carroll is a theoretical physicist at the California Institute of Technology. After receiving his doctorate at Harvard, he pursued his research at MIT, the Institute for Theoretical Physics in Santa Barbara, and the University of Chicago. He is also the author of From Eternity to Here and The Particle at the End of the Universe. This article has been adapted from his book The Big Picture (copyright 2016) published by Dutton, an imprint of Penguin Random House LLC, with permission of the publisher and author. 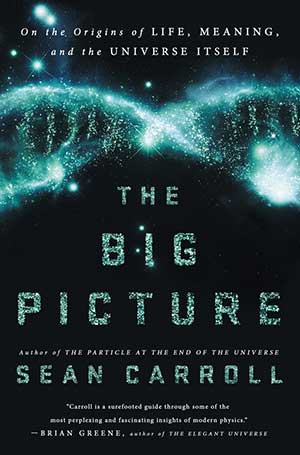 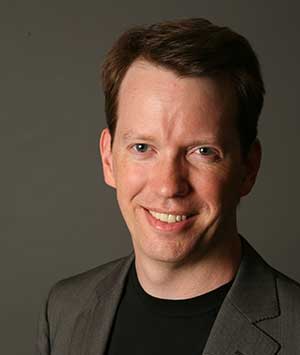