What Do You Do When A Senator Calls Your Research A Waste of Money?

At a biology workshop in Washington, D.C., this past May, David Hu clicked on an email from his university’s media relations team. They’d written to tell him that a U.S. senator had just published a report calling his research a waste of taxpayers’ funds. Out of 20 studies highlighted in Senator Jeff Flake’s (R-AZ) 83-page report, titled “Twenty Questions: Government Studies That Will Leave You Scratching Your Head,” Hu had co-authored three.

Hu was shocked. The Georgia Tech mechanical engineering professor had heard of members of Congress directly ridiculing scientific research, but he never imagined he’d be on the receiving end. “Everyone thinks it’s not going to happen to them, that it’ll happen to somebody else,” he told APS News.

Flake even appeared on Fox News’ daytime talk show, Fox & Friends, to publicize the report. The show’s host spun a game-show-style wheel divided into wedges, each wedge labeled with one of the twenty studies. After each spin, Flake briefly described the study that the wheel’s indicator landed on. “I don’t see the utility, frankly,” Flake said on the show, when the wheel landed on one of Hu’s studies. (Flake did not respond to a request to comment on this story.)

Hu’s offending research consisted of a study on the mechanics of how animals dry themselves, a study on whether body size affects how fast mammals urinate (it doesn’t), and one on the functionality of eyelashes in mammals — all supported by National Science Foundation funding. In Flake’s report, embellished with brightly colored cartoons, the senator referred to each study respectively as “How Many Shakes Does It Take For A Wet Dog To Dry Off?”; “How Long Does It Take To Pee Like A Racehorse?” and “Which Has More Hairs, A Squirrel Or A Bumblebee?” Flake explained that he’d been motivated to expose these so-called wasteful studies after reading a 2014 Huffington Post interview with National Institutes of Health Director Francis Collins, in which Collins had said that they “would probably have had a vaccine in time” for ebola, had it not been for stagnant government spending. The funds from studies like these could be diverted to ebola instead, Flake suggested.

Since then, journalists and scientists have criticized the Flake report’s inaccuracies, ranging from its incorrectly cited dollar amounts to its omission of essential context. But the report still poses a “serious problem” to the public image of science, says Michael Lubell, the director of APS Office of Public Affairs. “The reason it’s serious is that most people are not in a position to evaluate what [Flake] says and whether [the report] is really valid,” Lubell says. “The fact that some prominent senator is putting this out casts some doubt on whether federal agencies can function efficiently and effectively.”

Flake’s report is just the latest in a long line of accusations from politicians that scientists abuse the public’s funds. In the 1980’s, Senator William Proxmire would frequently award scientific studies his monthly Golden Fleece Award, which singled out federal projects he deemed wasteful. “There’s really nothing new here. Congressmen have always found they can get attention by beating up on eggheads,” says Spencer Weart, the historian emeritus for the American Institute of Physics. “The Congressman can show himself to be a champion of the common man by beating up on people who seem like they have their heads in the clouds.” The media will often pick up reports like Flake’s because they’re looking for “something cute and humorous [that] … sounds ridiculous,” Weart says. “It’s the equivalent of a cat video.”

Hu initially considered ignoring Flake’s report, but Georgia Tech’s media relations team “insisted” that he respond in writing, he says. Georgia Tech scientists usually post on a university blog, but Hu chose to publish his response as a Scientific American guest op-ed. In the piece, Hu explained the potential applications of the work and pointed out that scientists do not solely serve the public. But he also acknowledged scientists’ failure to communicate the importance of their work to the public. He ended the op-ed diplomatically: “I sincerely thank Senator Flake for continuing this conversation. If it leads to better communication between the public and scientists, he will have done us a great service.”

Flake, in turn, responded via a Facebook post that same day. “I appreciate Dr. Hu’s thoughtful response to #20questions and I would welcome his input on how to better identify those projects that he believes are indeed wasteful,” the senator wrote.

But Hu’s case raises some questions about the effectiveness of public outreach. The conventional wisdom is that when scientists communicate their work to the public, the public will understand and support the work, and that support will trickle over to the politicians. But Hu is an exemplary science communicator: His research has been featured in publications such as Discover and the New York Times, and he even teaches science communication. Why did Flake still single him out?

The answer is unclear, but a soon-to-be-published survey conducted by nonprofit ScienceCounts may shed some light, says Lubell, a senior adviser for the group. (ScienceCounts has received funding from APS.) The survey found that some common science-outreach approaches are ineffective. From surveying 2000 people and conducting focus groups, they found that explaining the practical applications of research doesn’t resonate with the public. In the absence of government funding, the public thinks that industry would have developed those products anyway. One focus group moderator pointed out that Google’s first algorithms were NSF-sponsored research. “I had never seen such rapid-fire anger,” Lubell says of the focus group. “What was the anger? It was, ‘These guys became billionaires on my taxpayer dollar?’” Instead, the public supports government funding of discovery and breakthrough, such as the Higgs boson or new materials.

But the key to science communication, Lubell says, is to tell stories, not facts and figures. What kinds of stories? “That’s a work in progress," he says. "We don’t yet know how to tell the stories."

Hu now views the experience in a positive light. Many people wrote to him in support after reading his op-ed, and he even found a new collaborator who learned about his research from the article. “More people are going to read the Scientific American article than my journal articles,” he says. He’s pleased, too, with Flake’s response. “I would love to go to a Republican convention and talk about science,” he says. “But I haven’t seen any invitations yet.” 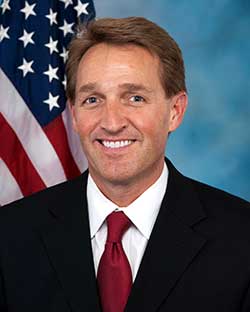 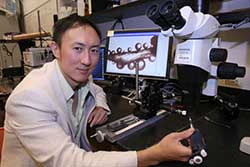