Next time you fly, think about the demanding conditions an airplane’s windows have to handle: temperatures that can dip far below freezing, and bombardment by dust particles at more than 500 miles per hour. One of the people who help keep airplane windows ice-free and transparent in all conditions is Amethyst Radcliffe, a materials engineer at PPG Aerospace who graduated in 2014 from California State University, Long Beach with a bachelor’s degree in physics.

Radcliffe isn’t someone who knew she was going to be a physicist since age three. In fact, a high school teacher who recognized her talent in the subject had to plead with her to try harder in his class. During her undergraduate years, however, Radcliffe realized she was unsatisfied with the job prospects in art (her initial choice of major), and an advisor convinced her to make the switch. “Physics sort of stalked me until I decided I wasn’t going to fight destiny anymore,” she says.

Radcliffe gravitated toward the borderlands of physics and chemistry — how the arrangements of atoms and electrons in solids give materials the bulk properties that we’re familiar with — electrical conductivity, heat capacity, interactions with light, and so on. She studied enzymes in a biochemistry lab on campus, and did summer research internships at NASA’s Jet Propulsion Laboratory in Pasadena, California and at the Department of Energy’s Los Alamos National Laboratory. She took courses to learn lab techniques such as X-ray diffraction, vacuum sputtering, and atomic force microscopy.

As Radcliffe neared graduation, she realized she was not tempted to follow her professors’ career track into academia. She wanted to work in a faster-paced environment and to tackle problems that would have more immediate real-world impacts or could lead to new products. Though she wasn’t aiming specifically for an engineering career, an opportunity opened up for a materials engineer at the paint and coatings manufacturer PPG Aerospace in Sylmar, California, north of Los Angeles. Radcliffe applied and got the job.

“It wasn’t so much the title I cared about as much as the job description,” she says.

Radcliffe graduated on a Friday in the spring of 2014 and started at PPG the following Monday. For the past two years, she has developed thin metal films that coat the windows, windshields, and canopies of airplanes. Thin films are ubiquitous in modern technology, used in everything from solar panels and laptops to eyeglasses and pharmaceuticals. Often the properties of the film material — for example, how it absorbs or emits light — must be tailored to meet the specifications for a particular device or application. The films Radcliffe develops are critical for keeping airplane surfaces ice-free — crucial for safe takeoff and flying in cold air — as well as shielding planes from electromagnetic interference and maintaining transparency in demanding conditions.

Much of what Radcliffe does is condensed matter physics — conducting theoretical studies to predict the properties of a particular material, and experiments to test predictions. But an academic physicist would typically stop there, publishing and presenting results for colleagues in industry to pick up and take the rest of the way to a commercial product. Radcliffe, by contrast, will continue working with a material until it’s rolling off the assembly line.

She also reads the scientific literature to get ideas for new projects, keeps management informed about project progress through presentations and reports, and interacts with vendors. “Every day is different from the last,” she says, “even if I am working on the same project.”

She works on teams as small as three and as large as 15 people. Projects can last for as little as two years, but rarely longer than five years, since PPG, like any company, cannot invest indefinitely in an effort without some return.

Radcliffe says her physics background has given her a major leg up with the complex modeling she needs to optimize the properties of the metals and metal oxides that she works with. The chemistry she picked up along the way has also proven useful. “I work closely with chemists, and even though I don’t have as much chemistry knowledge as they do, it greatly benefits our productivity [to be] speaking the same scientific language,” she says.

She has also had to learn certain skills on the job, including high-level statistical analysis and communications skills to present technical material to managers, who often do not have scientific backgrounds.

Engineering is an important career path, with around 11% of physics majors going directly into engineering jobs and earning starting salaries that often range between $49,000 and $65,000, according to statistics from the American Institute of Physics. The pathway provides endless opportunities to put physics into action, Radcliffe says. In the future she envisions pursuing a Ph.D. and directing a research and development laboratory.

“The most rewarding part of what I do is actually working with the material,” she says. “Being surrounded by physics and chemistry as part of my job makes all those years studying for my degree worth it.”

Gabriel Popkin is a freelance writer based in Mount Rainier, Maryland. 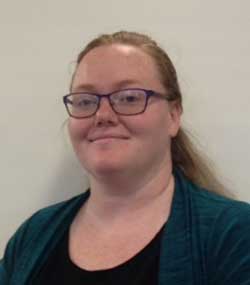