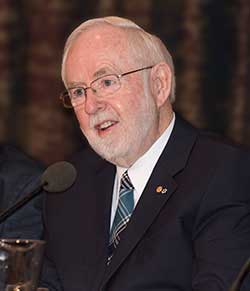 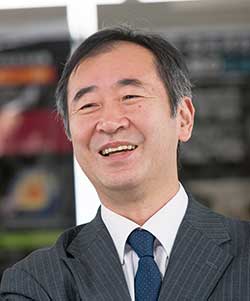 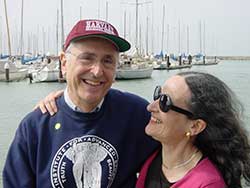 APS April Meeting 2016 — This year’s Fred Kavli Keynote Session at the APS April Meeting in Salt Lake City featured two Nobel laureates and a retrospective on the life of a physicist who many feel would have shared the prize had he been alive. The occasion was the 60th anniversary of the first detection of neutrinos by Clyde Cowan and Frederick Reines. Speakers Arthur McDonald and Takaaki Kajita, who shared the 2015 Nobel Prize in Physics for the observation of oscillation of neutrino types (called flavors), were joined by astrophysicist Neta Bahcall, who discussed the life and work of her husband John Bahcall.

After an introduction by 2016 APS President Homer Neal, Arthur McDonald, professor emeritus at Queen’s College in Kingston, Ontario, took the audience on a journey to the Sudbury Neutrino Observatory, where he led one of the teams that showed neutrinos changing from one flavor to another. He started by mentioning the observation by Cowan and Reines of antineutrinos from the nuclear reactor at the Savannah River power plant in South Carolina in 1956, but the neutrino oscillation story really starts with measurements of solar neutrinos from the sun led by Ray Davis in the late 1960s. The solar neutrino flux measured was three times lower than what John Bahcall had predicted.

McDonald explained that one of the ideas proposed to resolve this neutrino deficit was to assume that neutrinos come in more than one flavor, and over the long journey from sun to Earth, they change into a flavor that could not be detected in Davis’ experiment. His colleague Herb Chen suggested in 1984 that a heavy water detector might be used to confirm this proposal. McDonald remembered Chen calling up Los Alamos National Laboratory and asking “Do you think we could borrow 4000 tons of heavy water?” — about $1.2 billion at the time. But careful design brought the requirement down, and the group was able to convince Atomic Energy of Canada to lend the heavy water to start the Sudbury Neutrino Observatory.

The first phase of data collection began in November 1999, and the final phase was completed in December 2006, with final combined analysis published in 2013. The payoff was the evidence that electron neutrinos from the sun were changing into other flavors, which brought the measured flux into good agreement with John Bahcall’s calculations. McDonald concluded with a description of SNO’s plans for future neutrino experiments and expansion into dark matter searches.

Takaaki Kajita, leader of the team at the Superkamiokande experiment, then talked about the role played by neutrinos created in cosmic ray interactions in the atmosphere in proving the existence of neutrino flavor oscillations. Little over 50 years ago, two underground experiments — one in South Africa the other in India — reported the first detection of atmospheric neutrinos by observing the muons they produced. With increasing depth, the muon flux produced directly by cosmic rays decreases and plateaus to a level where the muons are produced by the penetrating atmospheric neutrinos.

The story then switches to proton-decay experiments of the 1980s motivated by interest in grand unified theories. Kajita explained that one of the most important background signals in looking for proton decay turned out to be atmospheric neutrinos, so it was important to understand their origin. In doing so, researchers found a deficit of muon neutrinos compared to what was expected, a situation very similar to the solar neutrino problem. Neutrino oscillations were also proposed as the solution, but Kajita noted, the deficit alone wasn’t proof. “We really had to think harder to find the cause of the deficit,” he said.

In the mid 1990s, the Kamiokande experiment found a clue. There was a deficit in muon neutrino flux for long paths through Earth, but no deficit if the path length was short. The interpretation is that the neutrinos going the longer route had time to change into other flavors but the ones taking a shorter path did not. Unfortunately the difference was not statistically robust.

To get the needed data, Kajita says, Kamiokande was upgraded to Superkamiokande, which begin operation in April 1996. “The detector worked very well,” he added. “It took only two years to obtain the very important first result.” The confirmation of oscillations came in 2004, when Superkamiokande was actually able to see a dip in flux at a particular pathlength. Kajita explained that future work at Superkamiokande and other neutrino labs would include an effort to understand the so-called mass hierarchy problem — because we only know the differences in squares of the masses we don’t know the order of the masses of the neutrino flavors.

A key player in all of this was the late John Bahcall, a physicist who was at home both in theory and experiment. His wife and scientific collaborator Neta gave the third talk in the keynote session on his involvement in the neutrino story, which she framed as a tale of “individual courage, amazing persistence, and triumph over 40 years.” It began, she said, as a simple question — how does the sun shine?

The basic scheme of nuclear reactions was in hand, but John Bahcall sought to answer the question in the early 1960s with a solar model and detailed calculations. At about the same time, Ray Davis was proposing to detect solar neutrinos with a large tank of carbon tetrachloride. In 1968 the first results came in and it was a good-news/bad-news situation. “The good news was that neutrinos were detected,” said Neta Bahcall. “The bad news was [the flux] was three times lower than John predicted.” The discrepancy remained a mystery for 40 years.

The solution was neutrino oscillations, covered by the first two speakers. Neta recounted how in the intervening years she and John met, married, and had a family. During this time, however, John had to withstand the criticism from particle physicists that “astronomers can’t calculate the sun to a factor of three,” Neta said. The only alternatives were that Davis’ experiment was wrong or that current understanding of neutrino physics was wrong. The experiment and theory were checked and rechecked, but few believed the latter possibility, Neta recalled.

John Bahcall died in 2005 having mentored over 300 students and postdocs, with several other key astrophysical discoveries to his name. He didn’t live to see the final stages of the Superkamiokande and SNO results, but as Neta concluded in quoting astrophysicist Michael Turner, “John mastered the nuclear oven of the Sun and triumphed.”

The entire symposium can be viewed on the APS YouTube channel.