Nuclear Energy, Global Warming, and the Politicization of Science 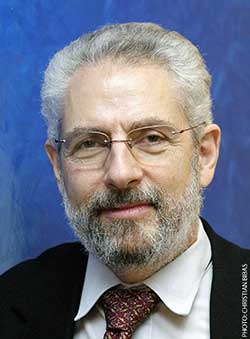 Whether either of these existential threats will come to pass depends mainly on policy choices, that is, politics. So it was inevitable that scientists familiar with these quirks of nature would become deeply engaged in politics, and that science itself would become politicized. In this essay I will sketch the specific path that was followed in each case and draw some general conclusions.

First, the nuclear case. It wasn’t politicized — it was born political. Joliot’s team fully understood the potential implications of their measurement when they planned it. Within months of their publication of the number of neutrons per fission, the world’s premier scientist, Albert Einstein, brought uranium to the attention of the world’s premier politician, Franklin Roosevelt. By 1943, before any atomic bombs existed, scientists in the Manhattan Project were planning to take political action after the war’s end by going to the public with an information campaign. They meant to impress upon everyone the dreadful potential of atomic warfare ... and the hopeful potential of peaceful nuclear energy. That was the traditional outsiders’ route to politics: Explain matters to the public, and trust that appropriate official policies would follow. Meanwhile a few leaders took the insiders’ route: They privately approached policy makers within the U.S. government with advice (in particular, whether the first atomic bombs should be used on cities).

Immediately after the war ended, the “atomic scientists” gave interviews to journalists, wrote articles, gave public speeches, and held classes on atomic science for eager groups of Congressmen and Senators; meanwhile some privately counseled officials and diplomats. One aim was to secure international control over atomic weapons. That effort failed. Another aim was to secure civilian control and promotion of a peaceful nuclear industry. That effort triumphed in the 1946 Atomic Energy Act.

And so it continued. Some scientists worked strictly through government channels, like the JASON group offering secret advice to the Department of Defense. Others were wholly outsiders, like the Union of Concerned Scientists, founded in 1969 to agitate against plans to build anti-ballistic missiles (ABMs). The apogee of the insiders was the Presidential Science Advisory Committee, which made significant contributions to policy. President Richard Nixon disbanded the committee when some members publicly opposed ABMs and other administration priorities. It’s not easy to be both an insider and a public advocate. (In the Soviet Union, when Andrei Sakharov published his opposition to ABMs he was likewise expelled from his insider role.)

Science itself, the claim to knowledge, became politicized in the biggest battle of the early decades. Opponents of nuclear weapons tests, led by physical chemist Linus Pauling, pointed with alarm to the radioactive fallout. The radioactivity might be far below the background radiation level, but this small addition, spread across the entire global population, must cause millions of cancers and birth defects. Other scientists, led by physicist Edward Teller, insisted that at such levels the harm from radioactivity is negligible. To this day the question has not been settled definitively. In any case both sides agreed that the real issue was to prevent billions of deaths from nuclear war: by slowing weapons development (Pauling) or by improving deterrence (Teller). The public debate was mirrored in private by government insiders, including Teller and Sakharov. The result was a 1963 ban on tests in the atmosphere, but not underground. The negotiations for the ban marked an improvement in Cold War relations, so the effort was a partial success for all.

There were troubling side effects. First, the debate divided and polarized. People on the political left came to despise Teller’s side as tools of militarists, while those on the right despised Pauling’s side as dupes of the Communists. Either way, the debate weakened the traditional public image of all scientists as objective, remote from politics, and benign.

Second, radioactivity itself came to be seen as uniquely and horribly evil. Two medical physicists who had supported the test ban, John Gofman and Arthur Tamplin, applied to civilian nuclear industry the argument that even low levels of radiation had a potential for widespread harm. Many others, for example the Union of Concerned Scientists, likewise turned to criticizing the safety of civilian reactors. Ultimately governments placed strict limits on emissions of radioactive substances — far stricter than they permitted for comparably carcinogenic and mutagenic substances from other industries (for example, coal-fired power plants). It is an open question whether this was a success for the politics of science.

Next, the climate case. This was only gradually politicized. To be sure, by 1960 a few noted scientists had warned both the public and policy makers that there was a long-term risk of dangerous climate change from humanity’s CO2 emissions. But they were not certain the risk was real, so the only policy they advocated — persistently, for decades — was better coordination and funding for climate research. They did get some money, but coordination remained sketchy.

A turning point was a 1983 report issued by insiders at the Environmental Protection Agency, predicting dangerous impacts from fossil fuel emissions. President Ronald Reagan’s administration, hostile to anything that might stimulate regulation of industry, saw the report as a political attack. They attacked it in return, opening a caustic public debate. The issue was taken up on the left by environmentalists (including the Union of Concerned Scientists). Again scientists were called on to give tutorials to journalists and groups of senators. Stephen Schneider, in particular, reached out to the media and wrote for the public. He faced acid criticism from some colleagues: the sound bites necessary for television lacked the lengthy caveats and subtleties that they felt a true scientist must deploy. Wasn’t it better to stick to writing scientific papers, and trust that the facts would ultimately persuade governments to adopt correct policies?

By the late 1980s many leading climate scientists were saying that governments should vigorously restrict emissions. In response the fossil-fuel industry launched a coordinated public relations campaign to raise doubts about the validity of climate science. A lobbying effort meanwhile approached Congress and officials behind the scenes. Millions of dollars, eventually hundreds of millions, subsidized everything from book publications to primary election campaigns. Many people with anti-regulation convictions independently supported the campaign.

Not only scientific results were called into question. Far more than before, individual scientists came under vicious and scurrilous personal attack; some had to call for police protection or take up legal defense of their privacy and reputations. The attacks spread beyond the personal. The Intergovernmental Panel on Climate Change, which reported the unanimous consensus of scientists representing the world’s governments, was denounced by one widely-read blogger as “guilty of nothing short of making the science fit their political agenda” [1]. A well-publicized scientist pointed to ambiguous quotations cherry-picked from a trove of stolen emails as indicating a “conspiracy to commit fraud” [2]. A leading U.S. senator repeatedly called global warming a “hoax” [3]. It was an assault, beyond any historical precedent, on the public’s trust in the objectivity and integrity of an entire scientific community.

The nuclear and climate cases have much in common. Both began without noticeable partisan polarization, but split sharply into left vs. right as soon as government policies came into question. In particular, the issue of regulation of an important industry naturally divided people with different ideological commitments. In both cases scientists were deeply involved both inside the corridors of government and in appeals to the public, but got into trouble if they tried to do both.

Results were mixed. Scientists were united in their efforts to make people fear nuclear war, and they contributed significantly to preventing it ... so far. Scientists were successful at first in fostering a civilian nuclear industry, but disagreement among experts contributed to limiting this success. A sustained effort to tell the world it must act to avert global warming was quite successful in a few European nations, but in most nations the progress has been too little, too late.

The chief difference between the cases is that the existential threat of nuclear war has diminished, while that of climate change has grown. There are several reasons why climate has proved intractable. For one, chauvinism and militarism are potent but diffuse foes, whereas the fossil fuel industry and right-wing ideology are vast and well organized concentrations of power. Today scientists must defend not only particular individuals, not only particular scientific results, but science itself: our methods and our community. Experience shows that in such a struggle, facts are not always convincing (even when they are understood, which is rare). We need to broadcast a human-level explanation of how the scientific community manages to arrive at trustworthy conclusions. It is the obligation of every scientist to participate in this crucial enterprise.

Spencer Weart is Historian Emeritus of the American Institute of Physics Center for History of Physics. His books include The Rise of Nuclear Fear and The Discovery of Global Warming. This article is adapted from a presentation at a 2016 APS April Meeting session organized by the Forum on Physics and Society.