Finding Beauty in the Darkness 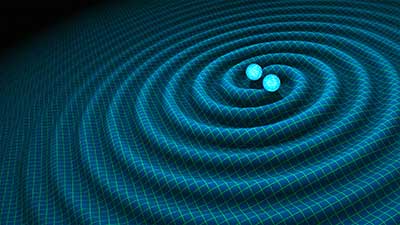 Would gravitational waves have been directly observed if the funding had to pass a "national interest" test?

On Thursday, February 11, 2016, the LIGO Collaboration announced their stunning discovery of gravitational waves. For several months there had been growing anticipation of a possible discovery, which I was pleased to have helped fan in social media. Not only were the media better prepared as a result, but the excitement in the press was palpable in the days leading up to the announcement, which was covered around the world. Nevertheless, the questions I most often received, both in advance and afterwards, included “what good is it?”, or, “What will it do for me?” I wrote this piece shortly after the discovery to stress the cultural impact of science and its importance in enhancing the simple joy of being human. This is particularly important in light of efforts by the U.S. Congress to require funding for science to pass a “national interest” test — namely to justify scientific research by its immediate impact on defense, or technological innovation. In this sense my piece was meant to add to the beautiful words of Robert Wilson, when he was asked by a Senate committee if Fermilab would aid in the security of the country. His response was brilliant, and worth remembering:

"It has only to do with the respect with which we regard one another, the dignity of men, our love of culture.. Are we good painters, good sculptors, great poets? I mean all the things we really venerate in our country and are patriotic about….it has nothing to do directly with defending our country except to make it worth defending.”

With presidential primaries in full steam, with the country wrapped up in concern about the economy, immigration and terrorism, one might wonder why we should care about the news of a minuscule jiggle produced by an event in a far corner of the universe.

The answer is simple. While the political displays we have been treated to over the past weeks may reflect some of the worst about what it means to be human, this jiggle, discovered in an exotic physics experiment, reflects the best. Scientists overcame almost insurmountable odds to open a vast new window on the cosmos. And if history is any guide, every time we have built new eyes to observe the universe, our understanding of ourselves and our place in it has been forever altered.

When Galileo turned his telescope toward Jupiter in 1609, he observed moons orbiting the giant planet, a discovery that destroyed the Aristotelian notion that everything in heaven orbited the Earth. When in 1964 Arno Penzias and Robert Wilson of Bell Laboratories detected radio waves emitted by celestial objects, they discovered that the universe began in a fiery Big Bang.

One hundred years ago, Albert Einstein used his newly discovered general theory of relativity (which implies that space itself responds to the presence of matter by curving, expanding or contracting) to demonstrate that each time we wave our hands around or move any matter, disturbances in the fabric of space propagate out at the speed of light, as waves travel outward when a rock is thrown into a lake. As these gravitational waves traverse space they will literally cause distances between objects alternately to decrease and increase in an oscillatory manner.

This, of course, is far from the realm of human experience. In the absence of alcohol, your living room doesn’t appear to shrink and grow repeatedly. But, in fact, it does. The oscillations in space caused by gravitational waves are so small that those ripples in length had never been seen. And there was every reason to suspect they would never be seen.

Yet on Thursday, the Laser Interferometer Gravitational-Wave Observatory, or LIGO, announced that a signal from gravitational waves had been discovered emanating from the collision and merger of two massive black holes over a billion light-years away. How far away is that? Well, one light-year is about 5.88 trillion miles.

To see these waves, the experimenters built two mammoth detectors, one in Washington State, the other in Louisiana, each consisting of two tunnels about 2.5 miles in length at right angles to each other. By shooting a laser beam down the length of each tunnel and timing how long it took for each to be reflected off a mirror at the far end, the experimenters could precisely measure the tunnels’ length. If a gravitational wave from a distant galaxy traverses the detectors at both locations roughly simultaneously, then at each location, the length of one arm would get smaller, while the length of the other arm would get longer, alternating back and forth.

To detect the signal they observed they had to be able to measure a periodic difference in the length between the two tunnels by a distance of less than one ten-thousandth the size of a single proton. It is equivalent to measuring the distance between the earth and the nearest star with an accuracy of the width of a human hair.

If the fact that this is possible doesn’t astonish, then read these statements again. This difference is so small that even the minuscule motion in the position of each mirror at the end of each tunnel because of quantum mechanical vibrations of the atoms in the mirror could have overwhelmed the signal. But scientists were able to resort to the most modern techniques in quantum optics to overcome this.

The two black holes that collided, which the LIGO experiment claimed to have detected, were immense. One was about 36 times the mass of our sun, the other, 29 times that mass. The collision and merger produced a black hole 62 times our sun’s mass. If your elementary arithmetic suggests that something is wrong, you’re right. Where did the extra three solar masses disappear to?

Into pure energy in the form of gravitational waves. Our sun will burn for 10 billion years, with the intensity of over 10 billion thermonuclear weapons going off every second. In the process, only a small fraction of its total mass will be turned into energy, according to Einstein’s famous equation, E=mc2. But when those black holes collided, three times the entire mass of our sun disappeared in less than a second, transformed into pure energy. During that time, the collision generated more energy than was being generated by all the rest of the stars in the observable universe combined.

Too often people ask, what’s the use of science like this, if it doesn’t produce faster cars or better toasters. But people rarely ask the same question about a Picasso painting or a Mozart symphony. Such pinnacles of human creativity change our perspective of our place in the universe. Science, like art, music and literature, has the capacity to amaze and excite, dazzle and bewilder. I would argue that it is that aspect of science — its cultural contribution, its humanity — that is perhaps its most important feature.

What more can we learn about the universe from a stupefying experimental feat observing a stupefying wonder of nature? The answer is anyone’s guess. Gravitational-wave observatories of the future will be able to explore the exotic features of black holes. This may shed light on the evolution of galaxies, stars and gravity. Eventually, we may be able to observe gravitational waves from the Big Bang, which will push the limits of our current understanding of physics.

Gravitational waves emerge from near the “event horizon” of black holes, the so-called exit door from the universe through which anything that passes can never return. Near such regions, for example, time slows down by a huge amount, as anyone who went to see the movie “Interstellar” knows. (Coincidentally the original treatment for “Interstellar” was written by Kip Thorne, one of the physicists who helped conceive of the LIGO experiment.)

Ultimately, by exploring processes near the event horizon, or by observing gravitational waves from the early universe, we may learn more about the beginning of the universe itself, or even the possible existence of other universes.

Every child has wondered at some time where we came from and how we got here. That we can try and answer such questions by building devices like LIGO to peer out into the cosmos stands as a testament to the persistent curiosity and ingenuity of humankind — the qualities that we should most celebrate about being human. 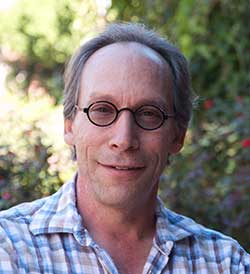 Lawrence M. Krauss is a theoretical physicist and director of the Origins Project at Arizona State University. He is the author of “A Universe from Nothing: Why There is Something Rather than Nothing.” He is a Fellow and a life member of the American Physical Society. This article is reprinted from the New York Times Sunday Review, February 14, 2016, with permission of the author.