Editor’s Note: APS participates in the AAAS Mass Media Fellows program, which places young scientists in media outlets such as radio, television, newspaper, and online publishing. The following two articles were written by recent APS-sponsored fellows about their experiences.

From Research to Journalism and Back 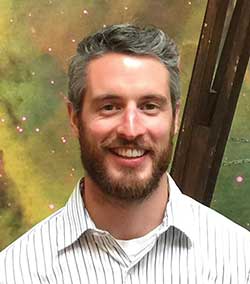 When I learned of the AAAS Mass Media Fellowship, I viewed it as an opportunity to pay forward my love of science. And having just written a 300-plus page Ph.D. dissertation on some niche sub-specialty, I wanted to stand back and reconsider the whole scientific endeavor and communicate its importance. After some frustration with research, I also wanted to test the waters of science communication. Was science journalism a better career path for me?

Much of the writing I did for Discover this past summer was for very short pieces — some of them only 150 words — which was very challenging. I would find so many interesting angles that I thought were worth telling. Nevertheless, I eventually came to embrace my task at Discover: identify the single take-away message and tell it in an accessible and captivating way.

Because it was so difficult, I learned a lot about distilling the essentials of a story and being ruthless with my edits. And I found that the editors at Discover were fantastic guides at helping me cut things down to a final take, which often took 7 or 8 or 12 iterations.

My physics pieces covered neutrino oscillations, ferromagnetism in copper, and stretchable conductors from carbon nanotubes. I found it tough to curb my own interest in the details of a study — especially during an interview with the scientist — for the sake of a stronger, easier-to-understand story. It was helpful to try to see things from the point of view of my readers. What can I assume they already know? What will they find interesting?

I also had to work on writing with a more relaxed and relatable tone, especially after spending the last seven years talking science with scientists. The Discover editors had a knack for this, and helped to gently nudge me in that direction.

I enjoyed the quick payoff of journalistic deadlines, since the pace of academic research can be painfully slow. For example, on my first day, I eagerly accepted a story that would post on the very next day. I had 24 hours to digest the study, prep for and conduct an interview, and write the story, leaving time for back-and-forth edits. It was exciting to see the story make the home page at discovermagazine.com. I made sure to take a screenshot.

That story dealt with brain motion caused by an impact, like a football tackle. Readers later told me that they craved a final word on the subject of sports-related head injuries. But science works in baby steps. Rarely is there a single finding that writes the textbook on an entire subject. This taught me an important lesson about knowing one’s audience, and the necessity of understanding the broader field into which a study fits.

As the summer passed, I found myself wanting to spend more time on each topic and also missing many aspects of the lab — building things with my hands, thinking about data, devising experiments. So for now, I’m headed back to research. But I know that the writing and editing skills I gained from the fellowship will prove themselves invaluable time and time again.

Andrew Berger is currently a postdoctoral research fellow at NIST in Boulder, Colorado.

A Summer at Scientific American 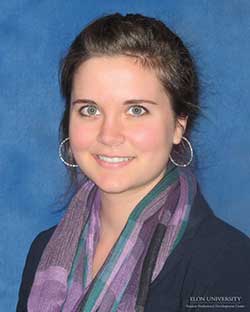 As a physics and English double major, I am no stranger to the question, “What are you going to do with that degree?” Thanks to the AAAS Mass Media Fellows Program, I now have something I can point to and say, “That is what I want to do.”

Last summer, I worked at Scientific American, thanks to an APS sponsorship. I was a bit star-struck on my first day, when I found out that my immediate supervisors would be space physics editors Clara Moskowitz (whose voice was already familiar to me from SciAm’s 60-Second Science podcasts) and Lee Billings (whose book I’d been toting around in my backpack for the better part of spring semester). Under Clara and Lee’s mentorship, I pitched, reported, and wrote stories on everything from high-energy astrophysics to 3D-printing. And, of course, I leapt at the chance to join in the media hullaballoo surrounding the New Horizons flyby in July.

Over the course of the summer, I worked on pieces for the print magazine, as well as news articles, blog posts, podcasts, and multimedia projects for the SciAm website. Writing for different media meant I could explore the variety of tools that journalists now use to get people excited about science.

The most surprising aspect of my fellowship experience was realizing that science journalism requires you to put yourself out there — not just in pitching stories and asking for advice from seasoned journalists, but also in talking to scientists. At the risk of perpetuating the physics student stereotype, I’ll admit that I’m a total introvert. I went into this fellowship thinking (and hoping) that most of my “science writing” would happen while I was sitting alone at my desk, stitching together information from journal articles and correspondence with experts to create my story.

Instead, I found that the most important part of science journalism is interviewing the researchers I wrote about and other experts in the field. At first, the interview process intimidated me. Was I imposing on the researcher? When should I interrupt and request further explanation? How could I avoid making a fool of myself?

But I soon learned that even if an interview did not yield a single quotable line, simply hearing the excitement in someone’s voice or seeing them brighten while they described their work was invaluable. These conversations helped bring my stories to life in a way that reading press releases or scientific papers could not. And they helped me realize that I should not feel so intimidated — I underestimated how excited scientists are to share their work. By the end of the summer, I had more Skype contacts with foreign physicists than with my own friends and family.

Interviews reminded me that science is a human endeavor with human characters, and that any new discovery or failed experiment produces real human emotion. Whether you’re writing about something as tiny as a quark or as distant as a quasar, it’s important not to underestimate the vital role human interaction plays in making a good story.

Maria Temming is an undergraduate student at Elon University in the class of 2016. She plans to pursue a career in science journalism.