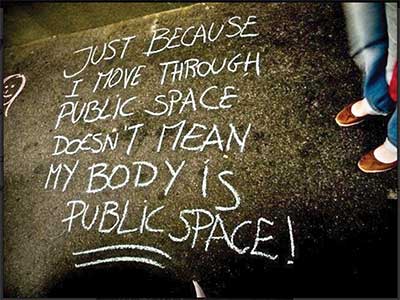 When a fellow astronomer sexually harassed Heather Flewelling at an American Astronomical Society (AAS) conference, she didn’t report him. At least not at first.

“I didn’t think anyone would believe me,” says Flewelling, a researcher at the Institute for Astronomy in Hawaii. “So I just kept it to myself.”

But her harasser didn’t stop. It happened again — and again. Flewelling felt physically threatened enough that it was affecting her participation in the conference. Between lectures, she would text a close friend, Carnegie Observatories postdoc Katey Alatalo, to walk with her from lectures or networking events in order to avoid interacting with her harasser. Finally, a few days after he harassed her again during the January 2014 AAS Meeting, Flewelling reported him.

This experience led Flewelling and Alatalo to start Astronomy Allies, a group that serves as a resource for people who feel unsafe at astronomy conferences. The group, which began in the summer of 2014, has grown to about 60 members. They act as confidants for astronomers who have suffered bullying, sexual harassment, or assault but aren’t prepared to formally report it. (Institutional definitions vary, but sexual harassment generally includes unwelcome sexual advances and offensive remarks about a person’s gender. Sexual assault usually refers to unwanted sexual contact and includes rape.) Members, who wear red badges at conferences to identify themselves, offer accompanied walks from lectures and informal networking gatherings for attendees who feel unsafe at AAS conferences.

“People set up these informal [support systems] all the time, so we thought, we should formalize this,” Alatalo says. “We thought, what if the next Heather doesn’t have a group of friends who can help her through this situation?”

The group also helps people navigate the formal reporting process. This role as an intermediary is important, Flewelling says, because the process for formal sexual harassment reports in astronomy is confusing and intimidating. It took a long time for her to figure out that what she experienced was covered under the AAS anti-harassment policy. Ultimately, Flewelling had to talk about her harassment to the AAS Council, a group of well-established astronomers. “It’s awkward to introduce yourself to someone senior with the story, ‘I was harassed,’” she says.

The Astronomy Allies publicized itself via “Women in Astronomy,” a blog run by the AAS Committee on the Status of Women, and Flewelling presented a poster on the group at the January 2015 AAS Meeting in Seattle. Alatalo says the astronomy community has been “very supportive” of their efforts.

“It’s a very valuable service,” says Chryssa Kouveliotou, the senior vice president of AAS, who is not in the group. “I hope that they provide a means for young females to feel comfortable to attend meetings and interact with senior scientists.”

The group’s services seem particularly relevant on the heels of the Geoff Marcy scandal in October, when the online news site BuzzFeed News reported that the famous Berkeley astronomer was the subject of a university investigation that concluded he had serially harassed women between 2001 and 2010. But research suggests sexual harassment and assault in academia extends beyond a handful of high-profile cases.

This September, the Association of American Universities (AAU) released survey results across 27 different universities that showed that 11.7 percent of students had experienced some sort of sexual misconduct. A 2014 survey from the Massachusetts Institute of Technology (MIT), which surveyed 35 percent of its student body, found that 16 percent of female grad students and 5 percent of male grad students had experienced some type of sexual misconduct, which included sexual harassment, sexual assault, rape, and unwanted sexual behavior. A 2014 study published in PLOS One found that in the field of anthropology, two-thirds of both men and women were sexually harassed. Trainees — people at the bottom of the career hierarchy — were more likely to be harassed.

The physics community does not have a group like Astronomy Allies — but it could use one, says Julia Thom-Levy, an associate professor of physics at Cornell University and adviser to the school’s women in physics group, whose membership includes faculty, staff, and students in physics and applied physics departments. Levy also participates in the APS Physics Department Climate Site Visits, a program that works to improve the culture for women and minorities in national labs and universities. “There are clear policies and clear expectations in most places that [harassment] is absolutely unacceptable,” Thom-Levy says. However, the networks in place to report harassment aren’t so clear. She says that people need a safe place to report their experiences and that the information is given to the right administrative levels.

“The most powerful thing is when senior people talk about [harassment and assault],” says a physics graduate student who attends a Tier 1 research university. This student, who spoke under conditions of anonymity because she did not want to damage her career, says she was raped by her adviser as a second-year graduate student.

She says she didn’t report the rape until four years after it happened, partly because she feared the consequences for her own career and blamed herself for what happened. “I worked up the courage to report [the rape] partly because we started having lunches with senior women faculty at my university. One of the senior women faculty brought up that she was sexually harassed as a graduate student. Hearing a senior person whose career you admire speak about it is the best resource.”

Note: The text in the second-to-last paragraph has been updated to more accurately characterize the allegation of rape.