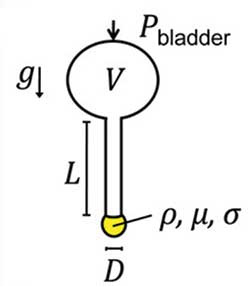 “Listen to me, because this is about physics.”

So began the Ig Nobel award ceremonies, the quirky celebration of strange and unusual scientific research, kicked off by physicist Melissa Franklin, of Harvard University.

“Well,” Franklin continued, “this is actually about airplanes — paper airplanes — but they do obey the laws of physics, or so I say.” That was Franklin’s way of introducing the grand paper airplane deluge, an Ig Nobel tradition. As Franklin counted down, a rain of paper aircraft filled Harvard’s staid Sanders Theatre — the celebration was officially on.

The Ig Nobel Prizes, which celebrate science that “first makes you laugh, and then makes you think,” honored ten groups of scientists, for research that included the biological benefits of intense kissing, the most painful body parts to be stung by a bee (reportedly, the nostril, the upper lip, and the penis shaft), and the universality of the word ‘huh’ across languages. The annual awards are organized by the scientific humor magazine, Annals of Improbable Research.

The prize for physics was given for “testing the biological principle that nearly all mammals empty their bladders in about 21 seconds, plus or minus 13 seconds,” as reported in a recent paper in Proceedings of the National Academy of Sciences, by Patricia Yang and colleagues from the Georgia Institute of Technology.

The researchers, one of whom wore a toilet seat around his neck for the ceremony, wondered how animals with much larger bladders can empty them in the same amount of time as smaller ones, a phenomenon they call “the law of urination.” Their light-hearted answer: “All animals have a pee-pee pipe. Because of gravity, the taller the pipe, the faster the pee.”

The next time you’re waiting for the bathroom, the researchers suggest, give a friendly knock and remind the occupant, “according to the law of urination, you should be done in just 21 seconds.”

The winners of the chemistry prize came on stage with two eggs: one hard-boiled, and one raw. After smashing both eggs with a mallet, the researchers explained that the raw egg has folded proteins, and the boiled one has unfolded proteins. “We invented a way of converting the unfolded protein ... to folded.” The prize recognized Callum Ormonde of the University of Western Australia and colleagues for “inventing a chemical recipe to partially un-boil an egg,” as reported in a paper in ChemBioChem.

As part of the award ceremony, the “24-7 lectures” tasked scientists with explaining a subject twice, first giving a complete technical definition in 24 seconds, followed by a clear summary in 7 words. Nobel laureate in physics, Frank Wilczek, of the Massachusetts Institute of Technology, gave his lecture on “Beauty.” His seven-word summary: “We like it when we see it.”

The biology prize for “observing that when you attach a weighted stick to the rear end of a chicken, the chicken then walks in a manner similar to that in which dinosaurs are thought to have walked.”

The management prize, for “discovering that many business leaders developed in childhood a fondness for risk-taking, when they experienced natural disasters (such as earthquakes, volcanic eruptions, tsunamis, and wildfires) that — for them — had no dire personal consequences.”

The economics prize, awarded to the Bangkok Metropolitan Police, for “offering to pay policemen extra cash if the policemen refuse to take bribes”

The mathematics prize, for “trying to use mathematical techniques to determine whether and how Moulay Ismael the Bloodthirsty, the Sharifian Emperor of Morocco, managed, during the years from 1697 through 1727, to father 888 children.”

The diagnostic medicine prize, for “determining that acute appendicitis can be accurately diagnosed by the amount of pain evident when the patient is driven over speed bumps.”

For more information about the Ig Nobel Prizes, see the Improbable Research website.