Cycling Across America … For Science! 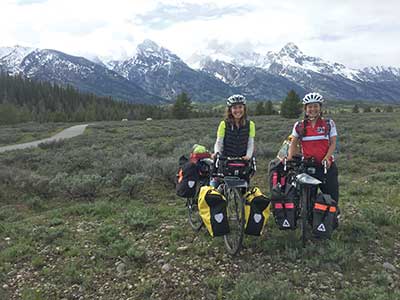 Two young scientists spent this summer biking across America, teaching physics along the way. Elizabeth Case and Rachel Woods-Robinson met as undergrads at UCLA, where they majored in physics. On their 3500-mile trek from San Francisco to New York, they visited 10 schools, summer camps, and libraries. Their lessons revolved around "Sol Cycles": tiny, 3D-printed, solar-powered bicycles that the two designed. "I think it's just important for us as scientists to have a duty to get as many people in the next generation interested in science," Case says. After their three-month adventure, Woods-Robinson has returned to work at Lawrence Berkeley National Lab, and Case is studying for her Ph.D. in mechanical engineering at Cornell University.