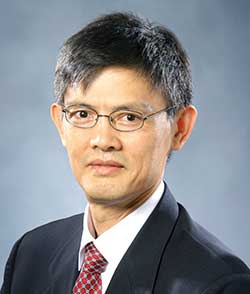 Charges have been dropped against Temple University physicist Xiaoxing Xi, who faced the possibility of 80 years in prison after the U.S. government indicted him on four counts of wire fraud in May. Xi, an expert in superconducting magnesium diboride thin films, stood accused of illegally sharing sensitive technology with China. The government moved to drop the charges on September 11, after Xi and his legal team presented statements from expert scientists indicating that the government had failed to understand the science behind the accusations.

“I am relieved and really hope that this will [be] the end of a nightmare,” says Xi, an APS Fellow and naturalized U.S. citizen originally from China. “Of course, the damage it has done, I don’t know how long [it] would take for me to repair it.”

In 2006, Xi signed a nondisclosure agreement with a company called STI, for a device he had purchased known as a Pocket Heater. The device is used to make thin films of magnesium diboride, which is superconducting below 39 K. The indictment alleges that Xi, “repeatedly reproduced, sold, transferred, distributed, and otherwise shared the Device and the technology of the Device with and exploited it for the benefit of third parties in China, including government entities.”

The government’s case, Xi’s legal team says, relied on a flawed understanding of the science and technology underpinning Xi’s work. On August 21st, Xi’s legal team made a presentation to the government outlining the errors. “These weren’t problems that made the case weak; these were problems that made the case against Professor Xi nonexistent,” says Peter Zeidenberg, Xi’s lawyer.

The devices Xi shared with colleagues in China were not the STI Pocket Heater, but entirely different magnesium diboride heaters — a fact confirmed by affidavits written by expert witnesses, including Ward Ruby of Shoreline Technologies, a co-inventor of the Pocket Heater. Additionally, according to the expert witnesses, the Pocket Heater itself was simply an alteration of a device previously developed for producing yttrium barium copper oxide films, rather than the revolutionary invention that the government had claimed.

David Larbalestier of the National High Magnetic Field Laboratory at Florida State University, who wrote one of the affidavits, said he read about 300 pages of emails presented as evidence in the case. “When finally I got to review what was put before the grand jury, it was just outrageous, because it’s obvious that it’s not the Pocket Heater,” Larbalestier says.

Additional expertise that Xi offered to share with Chinese researchers, in emails presented as evidence of his intent to share the device, was focused not on magnesium diboride thin films, but on entirely different materials — oxide thin films. “This is a serious mistake — the two materials cannot coexist. In other words, MgB2 can only be fabricated in the absence of oxygen,” says Paul Chu of the University of Houston, who wrote an affidavit. “How could he steal the technology for a purpose which it is totally not suitable?”

Additional affidavits were written by John Rowell of Arizona State University, and Thirumalai Venky Venkatesan of the National University of Singapore. The experts confirmed that the communications between Xi and his Chinese colleagues were typical of routine academic collaboration, and did not involve the Pocket Heater.

“It seems to me the government has unambiguously done something quite wrong,” says Larbalestier. “It’s wrong in process because if you are going to bring charges where the technical details really matter, then those technical details should be cleared with experts in the field before charges are leveled, not afterward.”

The U.S. Attorney’s Office in the Eastern District of Pennsylvania had no comment on the case. The government’s motion to dismiss stated only that “additional information came to the attention of the government” after the indictment.

Physicists’ response to his indictment, Xi says, had been “overwhelmingly supportive.” And although contact with his research group at Temple University was limited after the indictment, he was allowed to have videoconferences with a few senior members. “I was told they have been working very hard ... just to show me their support by producing more results, so I was very moved.”

Still, Xi says the indictment has caused “serious damage” to his research. At the time of the indictment, the group had been working on several manuscripts that Xi calls “groundbreaking.” And with nine projects in his lab, funded by a variety of agencies, Xi is concerned about delays in his work funded by grants that are coming up for renewal. “If we cannot produce results obviously the renewal will be in doubt.”

But worse still is the damage done to his reputation, he says. The fact that he was indicted may lead colleagues to assume that he has done something wrong, and he is worried about what funding agencies may think. “If I don’t have a chance to clear my name, and try to repair my reputation, then it’s damaged.”

Xi maintains that he did nothing wrong. Funding agencies encourage collaboration with other countries, he points out. When asked if there was anything he would have done differently in hindsight, he responded, “absolutely nothing, because I have not done anything beyond the normal and the routine functions of a university professor.”

Xi’s case is one in a string of indictments involving Chinese-American scientists allegedly sharing secrets with China, only to have their cases dismissed before trial. In October 2014, the government accused Sherry Chen, a hydrologist with the National Weather Service, of illegally accessing a government database in order to provide information about U.S. dams to a contact in China. Prosecutors dropped the charges in March. And in 2014, the government dropped charges it had filed against two Eli Lilly scientists, accusing them of providing information about drugs to China.

The trend is causing concern in the Chinese-American community. After Chen’s case was dismissed, 22 members of Congress sent a letter to Attorney General Loretta E. Lynch asking for an investigation into whether race played a role in her indictment. A response from the Department of Justice denied any racial prejudice. In a statement issued following the dismissal of charges against Xi, Representative Ted Lieu (D-CA) called the case, “another example of apparent discriminatory arrest and discriminatory charging by federal officials.”

In interviews with APS News, several of the expert witnesses also speculated that race played a role. “Were he to be Irish-American or German-American, I think he would not be picked on,” says Chu, who says he worries about the emergence of an environment reminiscent of the days of McCarthyism. “It’s more serious than Xiaoxing Xi, it appears to me.”

As a result of the indictment, Xi and his family have suffered “professionally, mentally, physically, and financially,” he said in a statement on his website, xiaoxingxi.org. Xi’s family members have been consumed with worry about the case; Xi was unable to travel to visit his mother on her 90th birthday; and now he must cope with the legal expenses associated with his defense.

The government, Xi says, simply made a mistake. But, he says, “This is not a casual mistake; this is a mistake that is ruining people’s lives and reputations.” It’s important for the United States to protect its sensitive information, he says, but it can go too far by criminalizing the routine activities of scientists. “That’s really the very, very scary part of this story,” he says. “I think that academic freedom is really under assault.”

Statement from APS President Sam Aronson on the Xiaoxing Xi case:
“The leadership of the American Physical Society is immensely relieved to learn of the government’s dismissal of the charges against Professor Xiaoxing Xi. We are deeply concerned for Prof. Xi and his family regarding the ordeal that they have recently endured. We hope that Prof. Xi will rapidly be able to resume his research and teaching career in physics. On behalf of our members and the physics community, we are continuing to explore ways to work with U.S. government entities to provide guidelines that we can communicate widely, in order to ensure the safety of scientists collaborating in perfectly legitimate ways with Chinese colleagues.”