Nature Does Not Always Give Us What We Want 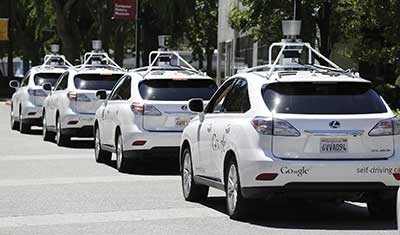 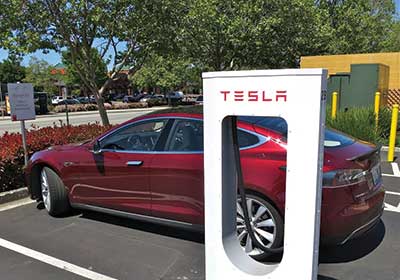 Reducing CO2 emissions to address global warming is a high priority for many policymakers in Washington and in capitals throughout the world. One of the most obvious targets for achieving such an objective is the transportation sector that currently relies heavily on the use of fossil fuels. Several approaches immediately come to mind, although each has its own set of challenges.

For example, we could adopt new social patterns to reduce our transportation needs. But that would take time and almost certainly disrupt the way we live. Alternatively we could substitute hydrogen made from a renewable energy feedstock (water or biofuels) for gasoline, diesel fuel or natural gas. But we don’t yet have the technologies needed to produce or store hydrogen efficiently.

Or we could substitute electricity obtained from a green grid. At present, an electric car probably offers the most promising path. Hybrid-electrics, plug-in hybrids, and all-electric cars already exist. Unfortunately, most of us don’t drive all-electric cars because they have limited range and often create “range anxiety” for their drivers. And of course they cost more.

Many of us would be delighted to drive an electric car powered by renewable energy, such as solar and wind, as long as it costs the same as a car with an internal combustion engine (ICE), has a range comparable to an ICE car, and can be charged in the several minutes it takes to refuel an ICE car. None of that is possible at the present time.

Moreover, a widespread infrastructure for charging cars is an imperative, and it does not yet exist. Today only 10,000 public-access charging stations are available in the entire country, compared with approximately 120,000 gasoline fueling stations, and charging time is generally too long to be truly useful. Even though electric car owners can charge them at home or in some cases at work, it will be many years before a charging infrastructure will be able to satisfy the nation’s needs if every American is driving an electric car.

At the moment the closest thing to a widely useful electric car is the Tesla, which has a range of a few hundred kilometers. But it comes at a price that is out of reach of most Americans, and with the exception of rapid charging at Tesla Supercharger Stations, it generally takes hours to fully charge.

Batteries lie at the heart of the limitations of electric cars. The best chemistry for portable applications today is lithium-ion technology, which American-born physicist John Goodenough developed at Oxford in the 1970s and SONY first commercialized in the 1990s.

Lithium-ion batteries have a relatively high specific energy (energy stored per unit weight and volume). But they are expensive. And despite a major concerted worldwide research effort, their specific energy has increased only marginally, still leaving them far below that of gasoline.

Halting the use of fossil fuels for transportation will require either major improvements in hydrogen fuel-cell technology and hydrogen-production energy efficiency or building much-improved batteries to power electric cars, or finding a means to use electric cars with batteries at their present state of development by changing the relationship of private ownership of a car to providing transportation.

I recently attended a conference at Oak Ridge National Laboratory focused on new and better chemistry to bring us closer to an all-electric-car goal. “Beyond Lithium Ion (BLI) VIII,” was the latest in an annual series of such meetings. Compared with the irrational exuberance of the 2009 BLI conference, when lithium/air chemistry seemed to be feasible, and the gloom which permeated the 2012 gathering, when researchers had little to show for their endeavors — see my report, “Has the Battery Bubble Burst?,” in APS News, August/September 2012 — the mood at the 2015 convocation was cautious optimism.

There has been an explosion of interest in alternative chemistries, with the periodic table being explored for new options. For example, lithium/sulfur is a major topic of research today. Researchers are studying lithium/air and many other chemistries involving sodium, magnesium, tin, potassium, nickel, and iron, many both as intercalation and as metal/air cells, as well as aqueous lithium/air. The objective is to find a new chemistry to greatly improve battery performance.

Improving specific weight and volumetric energy density are primary objectives, but lowering cost, improving calendar and cycle life, and using widely distributed and readily available resources are also high on the agenda. Indeed, reducing cost may be even more important than increasing battery performance in furthering the sale and use of electric cars. The Tesla model S is widely seen — Consumer Reports recently called the Tesla Model S the best car it ever tested — as a very successful technological demonstration of what is possible with an electric car, were it not for the very high price.

Lithium/air, which seemed so promising in 2009, now appears to be extremely difficult to implement. Lithium/sulfur has become a leading candidate, although its chemistry is extremely complex. Even though a small company has begun to market a lithium/sulfur battery, experts believe that we are many years from a practical product suitable for mobile applications. Indeed, it is not clear that any chemistry beyond lithium-ion will be practical in the foreseeable future. If and when researchers find a suitable chemistry, we should recall that it took more than 20 years after their invention for lithium-ion batteries to be commercially produced.

It appears at present that nature is not giving us what we want: greatly improved battery chemistry. It almost certainly won’t, anytime soon, and maybe it never will. But we can always hope that the intense research currently underway will bring about the battery breakthrough we so desire some time in the future.

Cars are not the only important application for batteries. If the price is right, utilities could use batteries to store energy generated by renewable sources for load-shifting and load-leveling and for reducing both carbon emissions and the capital cost of electricity generation. Of course a battery for stationary use does not have to be light in weight nor fit in a small volume. Scalability, long life, and especially low cost are the dominant concerns. But here too we are awaiting a breakthrough that will allow low-cost energy storage on a utility scale. At present, only pumped-hydro provides such a capability, and it is practical in relatively few geographic areas.

Electricity storage in residential and commercial buildings is in the news now that Solar City is selling Tesla batteries for home use. Lithium-ion batteries are not required for building energy storage, and, although they are efficient, they are expensive. A new chemistry might make home energy storage cost effective.

If reducing the use of fossil fuels for transportation is a primary goal, powering cars with electricity (i.e., using electricity produced in a power plant as an energy-transfer medium) is not the only possible means. We can power a car with hydrogen, but as I already noted, using hydrogen is fraught with difficulties. Producing it is inefficient, presently requiring a platinum catalyst; it has a low mass density and must be stored onboard as a liquid or a high-pressure gas; and it is generally produced from natural gas, so emission of CO2 takes place in the hydrogen production process. Nonetheless, Toyota is introducing the Mirai, a hydrogen fuel-cell car, for sale in Japan and soon in the U.S.

Social means of reducing the use of fossil fuels for transportation also exist, but they too face significant adoption hurdles. Encouraging the use of public transportation, car- and ride-sharing services, and someday perhaps self-driving electric cars could all reduce fossil-fuel consumption. But mass transit does not exist in most parts of the United States, and, until the “last-mile” problem is solved or Americans move to communities with higher population density, it will not be able to compete with the personal automobile.

So, for the foreseeable future the passenger car will be with us. But information technology could make the personal vehicle an unnecessary luxury. Imagine the following: Using a smart-phone app (think Uber/Lyft) you would summon a self-driving car. The car would fetch you, deposit you at your destination, and then proceed by itself to its next pickup. Of course, such a service would still consume fossil fuel unless it used an electric car that ran on a green grid. Nonetheless, it could reduce personal car ownership and achieve efficiencies by transporting multiple passengers and collapsing such disparate services as car pools, rental cars, taxis, and ride-on-demand. It would alleviate traffic congestion and reduce parking demand.

A self-driving electric car could also minimize range anxiety and the inconvenience of recharging. It would take itself to a recharging station when it was low on charge and resume service when charging was complete. It even could accomplish the recharging task without human intervention, provided the station used induction technology.

A self-driving car or van could fetch groceries or goods for delivery to customers and make scheduled rounds of a neighborhood, picking up passengers to take them to the nearest public transportation. Range and charging times would be inputs to a business model rather than sources of frustration for drivers. Google’s experience with self-driving cars suggests they may be in our future well before batteries that require new chemistry.

Whatever the future holds — all-electric vehicles, hydrogen cars and trucks, or self-driving cars — there is no doubt we are on the cusp of a transportation revolution. We can only hope we will be able to develop better battery chemistries and new energy-efficient technologies rapidly enough to address the challenges of global warming. But in the meantime, we need to better deploy the technologies we already have.

Fred Schlachter recently retired as a physicist at the Advanced Light Source, Lawrence Berkeley National Laboratory. He is a Fellow of the APS and co-author of the 2008 APS report Energy Future: Think Efficiency, for which he wrote the chapter on transportation. He has worked temporarily as a Policy Analyst in the Washington DC office of the American Physical Society and is an occasional consultant to APS on transportation issues.