To the South Pole and Beyond! 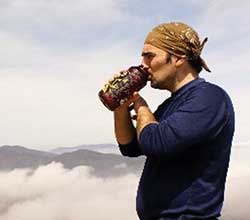 Michael Lucibella, intrepid staff writer at APS News since the March 2009 issue, has left for the South Pole. Or rather, to join the U.S. Antarctic Programs office as editor/writer for the Antarctic Sun newspaper. When not stationed at the Denver office, he will head south and report on work going on at the research stations. During his time at APS, he wrote many articles for APS News and contributed blog posts and podcasts to PhysicsCentral. We will miss his energy and good humor, and wish him every success in his new job.