Building the H-Bomb: The Big Idea 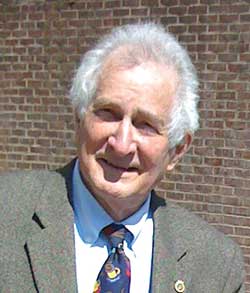 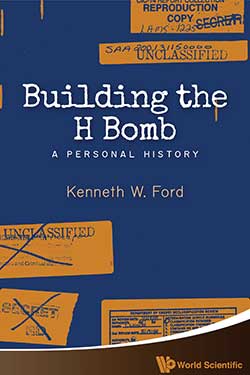 On March 9, 1951, Edward Teller and Stan Ulam issued a report, LAMS-1225, at the Los Alamos Scientific Lab, where they both worked at the time. It bore the ponderous, hardly illuminating title “On Heterocatalytic Detonation I. Hydrodynamic Lenses and Radiation Mirrors,” and it changed everything. Since it dealt with thermonuclear weapons (H bombs), it was, of course, classified secret. For some reason, it remains secret to this day. The highly redacted version of it that can be found on the Web is mostly white space. Nevertheless, most of what was in it is well known.

Their big idea, which we refer to now as radiation implosion, was that the electromagnetic radiation (largely X rays) emitted by a fission bomb, if appropriately channeled, could compress and heat a container of thermonuclear fuel sufficiently that that fuel would be ignited and the nuclear flame would propagate, not fizzle. The expected result: megatons of energy, not kilotons. History validated the Teller-Ulam idea. On exactly who contributed what to that big idea, history is a little fuzzier.

Ulam and Teller
Stanislaw Ulam (always known as Stan) and Edward Teller (always Edward, never Ed) had some things in common. They were both émigrés from Eastern Europe — Stan from Poland, Edward from Hungary. They were both brilliant. They both had great curiosity about the physical world. And they were both a bit lazy. But like oil and water, they differed notably. Stan, a mathematician with a gift for the practical as well as the abstract, was — to use current slang — laid-back. He had a droll sense of humor and a world-weary demeanor. He longed for the Polish coffee houses of his youth and the conversations and exchanges of ideas that took place in them. Edward was driven — driven by fervent anti-Communism, by a desire to excel and be recognized — driven, it often seemed, by internal demons. Edward was too intense to show much sense of humor. Stan had an abundance of humor. Stan and Edward did not care very much for each other (which may help to explain why a “Heterocatalytic Detonation II” report never appeared).

I was a twenty-four-year old junior physicist on the H-bomb design team at Los Alamos when the Teller-Ulam report was issued. I saw Stan and Edward every day. I liked them both, and continued to like them, and to interact with them now and then, for the rest of their lives. Stan and I later wrote a paper together, on using planets to help accelerate spacecraft (the so-called “slingshot effect”). Edward and I later worked together as consultants to aerospace companies in California.

Looking back, the odd thing to me now is that the Teller-Ulam idea, at the time it was advanced, didn’t shake the Earth under our feet. There were vibrations, but no earthquake. There was a new sense of cheer, but no parties or toasts or flag waving. We didn’t take the trouble to analyze, as so many have since, who exactly had what part of the idea and who deserves the greater credit. Years later, Edward said to me (I paraphrase), “Stan had a dozen ideas a day. They were almost all crazy. He himself had no idea which ones were valuable. It took me to pick out of the jumble the one good idea and exploit it.” Also years later, Stan said to me (again, I paraphrase), “Edward just couldn’t bring himself to admit, after his years of effort, that the idea on how to make the H bomb work was mine. He just had to take it and call it his own.”

Alarm Clocks, Layer Cakes, and Supers
The Teller-Ulam idea landed in the midst of numerous other ideas, of varying complexity and varying chance of succeeding. These included “boosting” (having a small container of thermonuclear fuel at the center of a fission bomb to “boost” the fission bomb’s yield); “Swiss cheese” (having numerous pockets of thermonuclear fuel scattered throughout fission fuel); the “alarm clock” (a name Edward Teller and Robert Richtmyer had coined in 1946 for alternating layers of fission and fusion fuel, and which Andrei Sakharov in the Soviet Union, as we later learned, had separately envisioned and separately christened a “layer cake” in 1948); and the “Yule log” (John Wheeler’s macabre name for a cylinder of thermonuclear fuel with no limit on its length or on its explosive power). Behind these lay the basic idea that had been around for nearly a decade and on which we were working assiduously at the time. That idea, known as the “Super” (and later as the “classical Super”) was simple in concept but maddeningly difficult to model mathematically, so that there was no sure sense of its potential.

At the time of the Teller-Ulam idea, however, there were more reasons for pessimism than optimism about the prospects of the classical Super. Calculations kept suggesting that igniting the fuel, even with a powerful fission bomb, and even with a good deal of highly “combustible” tritium mixed in, would not be easy, and that even if it were ignited, it would probably fizzle rather than propagate. A homeowner trying to get a fire started in a fireplace with wet logs and inadequate kindling can relate to the difficulty.

So the Teller-Ulam idea landed in our midst not as “just” another idea — it was special — but also not as a lone idea where there were none already. It was like a new sapling introduced into a nursery, not like a palm tree miraculously delivered into the desert. We thought, “Now there is an idea with merit,” and we started exploring its consequences at once — without immediately abandoning other ideas. As it turned out, the more we calculated, the more promising the new idea looked. Within three months, it had become the idea and was endorsed by the General Advisory Committee of the Atomic Energy Commission as the route to follow.

Up until February 1951, when Ulam approached Teller with the idea of imploding thermonuclear fuel and Teller realized (or, as he later claimed, recalled) that radiation was the best thing to do the imploding, everyone working on H-bomb design in the United States assumed that the Super would have to be a “runaway” Super, a device in which the temperature of the material would have to “run away from” the temperature of the radiation. Otherwise, it seemed, the radiation would soak up too much of the energy and there wouldn’t be enough left to ignite the thermonuclear fuel and keep it burning. What could change this bleak prospect, Ulam and Teller realized, would be great compression of the material. It was this February meeting and its insight that led to the Teller-Ulam report of March 1951 and to the new direction in H-bomb design.

Put briefly, thermal equilibrium — that is, having the matter and the radiation at the same temperature — could be tolerated if there was enough compression. Occupying less volume, the radiation would soak up less of the total energy. More energy would be left to heat the matter and stimulate its ignition and burning. Up until then, those of us working on the Super accepted the idea that thermal equilibrium would be intolerable because of the excessive “loss” of energy to radiation. And we accepted an argument Teller had made that compression would not help. Teller had pointed out that although compressing the thermonuclear fuel increases its reaction rate, it also increases, and by the same factor, the rate at which the matter radiates away energy. So there was no net gain, he had argued, from compression. But that argument posits a runaway Super, which was our mindset at the time. Once equilibrium is established, matter is not “losing” energy to radiation, it is just exchanging energy with radiation, gaining as much as it is losing.

Teller, in the now-famous conversation with Ulam, apparently did realize very quickly, despite his earlier arguments to the contrary, that compression could be a key to success. In his memoirs, written many years later, he says that Ulam’s idea was “far from original” and that, for the first time he [Teller] didn’t object to it. He doesn’t tell us why he didn’t object, an odd omission given his previous rejection of the idea. In the same paragraph, in a further put-down, Teller says that Ulam did not actually understand why compression was a good idea.

Our understanding of this meeting is murky indeed despite the clarity of the conclusion that flowed from it. Did Ulam come in with a full understanding of why compression might be the key to success in designing an H bomb? We don’t know. Had Teller ever seriously entertained the idea of compression before? We don’t know. (In later writings, Teller claims to have had the idea before Christmas 1950 and also about February 1, 1951. These claims are dubious, especially in light of his own account of the meeting with Ulam, and in light of my own recollection that no breakthrough idea occurred before late February 1951.) What we do know is that out of the meeting came the successful idea of the “equilibrium Super,” in which compression is so great that the huge amount of energy soaked up by radiation in equilibrium with matter is tolerable.

Calculating in New Domains
Inevitably, calculations on the “equilibrium Super” reached into domains of temperatures and pressures and densities light years removed from anything that can be tested in the laboratory. Edward Teller and Stan Ulam were among those theorists whose ingenuity allowed them to visualize and to calculate what would go on at these extreme conditions. What makes this possible? The physicists’ knowledge that the laws of electromagnetism and of mechanics, both classical and quantum, extend to domains far beyond direct observation; and their understanding that ultimately, no matter what the conditions, one is dealing with the same electrons and nuclei and photons as in the “ordinary” world around us.

This is an edited excerpt from Chapter 1 of the book Building the H Bomb: A Personal History by Kenneth W. Ford, copyright © 2015 World Scientific Publishing. Footnotes and citations that appear in the original are here omitted. For more information visit www.worldscientific.com/worldscibooks/10.1142/9269

Kenneth Ford has conducted research in nuclear physics and taught at several universities, including UC Irvine, where he was the first physics chair. His writing includes textbooks and books on quantum physics. In 2006, he was recognized by the American Association of Physics Teachers with that organization’s Oersted Medal for contributions to teaching.