The International Year of Light Begins 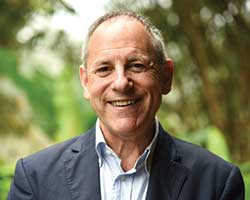 As proclaimed by the United Nations General Assembly during its 68th Session, 2015 is the International Year of Light and Light-based Technologies (IYL 2015).

There is a wonderful generality in the word “light” that opens up IYL 2015 to a much larger stage and a more diverse group of actors. “Light” has brought together not only research scientists and engineers, but also lighting designers and architects, light artists, philosophers, historians, poets, song writers, and many more. And that is indeed one of the keys to this or any International Year: We are talking to people we might not normally talk to, and we are using the fact that the UN is behind it as an invitation to freely mingle, to make new and lasting connections, to reach out to the public, to school kids, and to the policy makers.

In proclaiming 2015 as the IYL, the UN recognized the importance of enhancing global awareness of advances in light technologies and the need for a renewed focus on science education. This is vital if we are to address critical challenges in sustainable development and the health, well-being, and general quality of life of citizens in all countries of the world through applications to medicine, information and communications, and energy. Improving quality of life is also wonderfully broad in its manifestation, and while technology brings possibilities for life-enhancing products, philosophers and poets help us develop and use them wisely. Musicians, artists, dancers, and others provide the expression of the human spirit that is just as important, and which an improved state of well-being allows us to appreciate more fully. Many of these groups naturally and correctly assumed that this was their Year: The Year of Light Art, the Year of Lighting, the Year of Enlightenment… .

Considering lighting: The development of the blue light-emitting diode enabled energy-efficient sources of white light, with immediate and profound benefits for mankind. This work won the 2014 Nobel Prize in Physics for Isamu Akasaki, Hiroshi Amano, and Shuji Nakamura. There are already many affordable solutions for life-enhancement through good lighting and design. This applies to our enclosed spaces at home, office, and in our schools, but also to our streets and parks. In the developing world, where it is not hard to find villages without electricity, this advance in light technology takes on increased importance and relevance: Kerosene lamps are often used in tightly enclosed spaces, and this carries with it severe health risks. Efficient solid-state lighting, combined with low-cost solar collectors, can make a huge difference, allowing students to safely continue their studies when the sun goes down. And that means we do not miss the opportunity to find another brilliant mind just because he or she cannot do homework.

Dark skies awareness — promoting the absence of unwanted light — is also part of IYL 2015, as it was for the Year of Astronomy, and is not as contradictory as it sounds. Think of the use of pauses — the absence of unwanted sound — in a musical score and you will have the idea. Indeed, it’s not enough to know that there is an orbiting telescope that can see and make measurements of the faintest stars — as humans we need to enjoy them from here on Earth. That is also part of our quality of life.

One of the more fascinating learning experiences for me personally in preparing for IYL 2015 has been to talk with industrial partners and with lighting engineers to learn more about human-centric lighting, which is bringing continuing advances in terms of “good light.” What this means is tuning the spectral composition of artificial light to provide enhancement of productivity, enhanced illumination and protection of artworks, general wellness, and much more. We need to direct this innovation responsibly, but the potential is enormous. In fact, we can expect an ever-increasing process of innovation. But innovation requires not only an invention, but also a market, which comes from a well-informed public of potential users who will move the process of innovation forward, making sure that we can afford the technologies that truly enhance our lives (and avoid those that harm it).

But let’s not look only to the future: One of the anniversaries that IYL 2015 is celebrating is 1000 years of Islamic optics, starting with the book of optics written by Ibn al-Haytham during the so-called golden age of Islamic science. Compared to the dark ages that followed, it was a time of great enlightenment and something positive to celebrate and to promote this year, even more so given recent events which have been unfolding around the world. Raising awareness of the past in this sense means raising hopes for the future. Looking toward a better future is why we are building a Synchrotron in the Middle East (SESAME).

, along with much more information. Have a look and then talk to someone you don’t usually talk to.

Finally, it is interesting to note that the motto of the University of California, Berkeley is “fiat lux,” which is usually translated from Latin to English as “let there be light.” Here we accept all definitions: Light as knowledge, light as communication, light science, light as art, light bringing a better world through socially responsible innovation, and lights out so we can all appreciate the splendor of a star-filled sky.

Joseph J. Niemela is a member of the permanent scientific staff at the Abdus Salam International Center for Theoretical Physics in Trieste, Italy, where he conducts research in fluid dynamics and low-temperature physics, and coordinates activities in optics and lasers and science education, in addition to coordinating the IYL 2015 Global Secretariat.