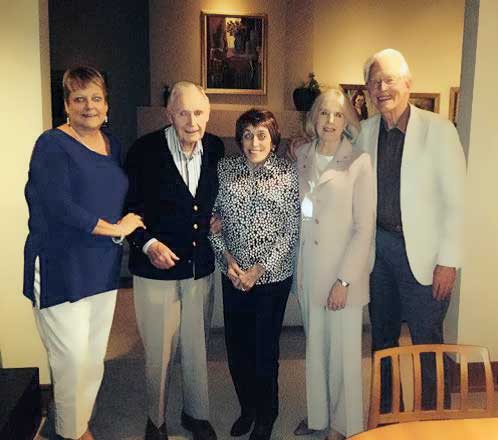 The newly-created APS Medal for Exceptional Achievement in Research will be the first Society-wide annual award to recognize achievement of researchers across all fields of physics. It is funded by a generous donation from Jay Jones, the founder and former president of Olympic Medical Corporation.

“This is the largest single-donor gift that APS has ever received,” said APS President Malcolm Beasley. “The donor is a person of remarkable personal character who wanted to do something that would make a difference. It is fitting therefore that he has enabled a new APS-wide medal that signifies an enduring belief in the importance of fundamental research across all fields of physics.”

Because of the broad scope of the prize, a special awards committee will be established by the Council to decide the winners. The Council gave its formal approval to the establishment of the prize on November 22. The first $50,000 award will be presented in 2016.

“On behalf of the APS, I thank Jay Jones for his extraordinary generosity,” said Kate Kirby, APS’s executive officer. “Both his love of physics and his deep appreciation for what physics research contributes to society are inspirational.”

Jones has committed an initial gift of $1 million to found the award, followed by the pledge of a second donation from the Jay and Mary Jayne Jones Charitable Remainder Trust, for a total endowment of $2 million.

“He has maintained his passion for physics,” said Darlene Logan, APS director of Development. “He’s very excited about the opportunity to see the recipients.”

Jones’s appreciation of physics began when he was in high school and was inspired to go to college to study the subject. Ultimately, after studying physics in college, he went into business and founded the Olympic Medical Corporation in 1959, which manufactures medical equipment and supplies. Natus Medical Incorporated acquired the company in 2007.