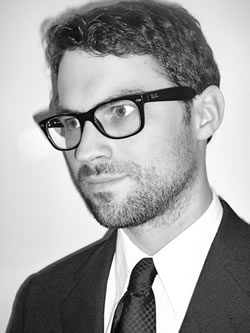 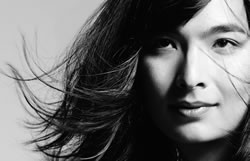 Physicists have always loved an energy challenge. In the early 1940s, the world's top minds cracked open the atom's concentrated energy stores; today many of the field's best and brightest hope to harness the vast but dispersed power of the sun and the wind. For some, this means publishing papers on new solar cell materials or rare-earth magnets, and many of these researchers have joined the APS Topical Group on Energy Research and Applications, which has grown to over five hundred members in just four years.

But for other physicists, renewable energy means the chance to see their ideas turned into real, potentially world-changing technologies. And following that dream can mean making the leap from academia's sheltered confines to the rough-and-tumble of Silicon Valley.

"Energy is one of the defining challenges of our time, and I wanted to be in a position where I could personally make a difference," says Kenneth Jensen, one of those physicists who took the plunge and has never looked back. For the past five years, Jensen has worked as an engineer at Makani Power, a wind energy startup company based in Alameda, California ("makani" is Hawaiian for wind). Before entering the world of Silicon Valley startups, Jensen earned his PhD at Berkeley turning carbon nanotubes into tiny radios and mass spectrometers. He enjoyed that work, but five years in the lab was enough; the day after he turned in his dissertation he started working at Makani. "I was tired of academia and wanted to try something else," he says.

Jensen and his colleagues are developing an airborne wind turbine—essentially a small airplane with an onboard generator tethered to a ground-based power station. Makani's turbine can fly at altitudes of up to half a kilometer, where the wind is stronger and more constant than nearer the ground; this is especially beneficial because wind's power density scales as the cube of its speed. The airborne system is also far lighter than a traditional turbine, requiring only 10% of the material. The tradeoff is that the plane has to stay aloft without a rigid tower supporting it, creating a novel engineering challenge.

That's where Jensen comes in. He designs the systems that control the turbine's flight, keeping it aloft and ensuring it harvests as much power as possible. He says he spends about half his time simulating the behavior of the turbine under a variety of wind conditions; the rest of the time he's out testing the plane and seeing how it behaves in the real world. This constant iteration can lead to both frustration and triumph. "Nature is much less forgiving than a computer simulation," he says, "but there's nothing more rewarding than when we get everything right and our system flies."

Although his job title is engineer, Jensen is grateful for his physics background. "I view physics as a way of training the way you think," he says. "I feel pretty confident I can jump into almost any field of engineering–aerodynamics, mechanical, structural analysis, computer science." This versatility is ideal preparation for the work he does at Makani, where, he says, "everybody has to wear a lot of hats."

With funding from Google and the U.S. Department of Energy's Advanced Research Programs Agency-Energy (ARPA-E), Makani has, in the seven years since it was founded, produced several generations of prototypes, each better controlled and more powerful than the last. Still, until earlier last year, the company's future was always shaky, especially after CEO and cofounder Corwin Hardham died unexpectedly at his desk in 2012. Then, in May, Makani was acquired by Google X, the secretive research lab run by the search giant, which has made some bold wagers on potentially transformative technologies. In fact, Google cofounder and Google X director Sergey Brin was quoted in The New Yorker as saying, about Makani, "This is a bet. But we think it's a very good bet."

Makani will benefit from Google's deep pockets, especially as the company seeks to build its first commercial-scale 600-kilowatt prototype in the next few years. The name Google also "lends credibility to what we're trying to do," says Jensen. But while he admits the acquisition gave him a welcome bump in both pay and job security, he says his day-to-day work hasn't changed. He's still the same scrappy engineer, launching prototype turbines off the tarmac behind the old Navy control tower where Makani operates, taking data, designing algorithms, and writing programs that might help the plane fly better–and then launching again.

From Generation to Storage
Generating renewable power cheaply is one of today's great energy challenges, but it is not the only one. Wind and solar have been held back not only by their low energy density but also by their inconsistency–after all, the sun doesn't always shine and the wind doesn't always blow. So no matter how successful Jensen and his Makani colleagues are, they will have to hope someone solves another problem: how to store, on a large scale, the energy they generate to provide reliable backup power when the electrical grid needs it.

Solving this problem is how former physics graduate student Danielle Fong plans to get rich. And she hopes to do this with a technology–compressed air–that has plenty of skeptics, including at ARPA-E, the same agency that funded Makani. Though the Department of Energy balked at funding Fong's idea, some big-name investors have recently gotten behind her company, LightSail Energy, to the tune of tens of millions of dollars. As a result, Fong is now, at the age of 25, one of the most watched energy entrepreneurs in the Valley.

Fong's career has been defined by impatience. Like many entrepreneurs, she found the standard educational path uninspiring, but instead of waiting to drop out of college, she quit school at age twelve. With her parents' support, she took a few computer programming classes and enrolled at Dalhousie University in Nova Scotia. Five years later she graduated top of her class with degrees in physics and computer science, and headed to the Princeton Plasma Physics Lab to help make fusion energy a reality and save the world. But as a graduate student she grew impatient, feeling that the pace of such a large program was too slow. Fong concluded she might wind up spending her career writing grant proposals and advancing through the academic ranks even while fusion power generation remained unrealized and extraordinarily challenging.

"Realization dawns on me that fusion, if anything, is the power source of the far future, and it is the near future I worry about," Fong wrote in her online bio.

So after two years, Fong dropped out again. "My interim plan was to leave graduate school, make my fortune, and invest it in what I thought to be the correct energy research," she says. She considered trying to strike it rich on Wall Street, but decided the derivatives being traded there were a fool's game. "There was a giant reality gap between what people thought they were doing and what were actually doing," she says. (Lehman Brothers tanked soon afterward.)

So instead she headed west, couch-surfing in Berkeley, California while meeting fellow entrepreneurs and investors. She tried to launch a half dozen startups and failed. Then she fell in love with the idea of a compressed air vehicle, and found two business partners (one of whom also has a physics degree) to go in on it with her. LightSail Energy was born.

Storing energy by compressing air is actually an old idea that has never quite gotten up to speed. The main problem is that pressurized air gets really hot; that heat is then easily lost to the environment, and the re-expanding cold air returns little of its original energy. Fong decided to try solving this problem by applying some old-fashioned thermodynamics and taking advantage of the large heat capacity of water. She developed a method to spray water into air as it is compressed; the water, which absorbs the heat of compression, is then separated from the air and held in insulated tanks. Later, when the energy is needed, hot water and compressed air recombine, returning most of the energy that was packed away.

Fong and her team presented their plan to the venture capitalist Vinod Khosla, who steered them away from cars and toward the electricity grid. With that course change and some seed funding, they were off and running. They now use stacked shipping containers to hold compressed air, and they plan to make their entire system modular, so it can plug in wherever it is needed—at a wind farm, say, or a solar generating station. When power is available to be stored, an electric motor drives an air compressor; when power is needed, the process is reversed and the motor becomes a generator. LightSail's goal is for its system to return 70% of the energy it stores, which would more than double the efficiency of previous compressed air systems; her team is "inching toward" that target, says Fong. Already the company has generated a lot of interest among potential customers—so much, in fact, that its vice president of business development spends almost half his time on engineering. The only thing they're missing, says Fong, is something ready to sell. "Our main limiting factor…is that we don't have a product yet."

But with solid backing from Khosla, Bill Gates and others, Fong is optimistic, and her company is growing. So if you're looking for a job with Fong, here's a hint: learn some physics. "By the time you've got your degree in physics, you're really a force to be reckoned with," she says. "People that you hire with a physics background, you can expect them to be able to figure a bunch of different things out, to do research, and not crap out on you if they encounter a hard problem."

And that's good, because one of the few certain things about the quest for renewable energy is that it's a damn hard problem.

Gabriel Popkin is a science writer in Mount Rainier, Maryland.