Changing of the Guard at APS News 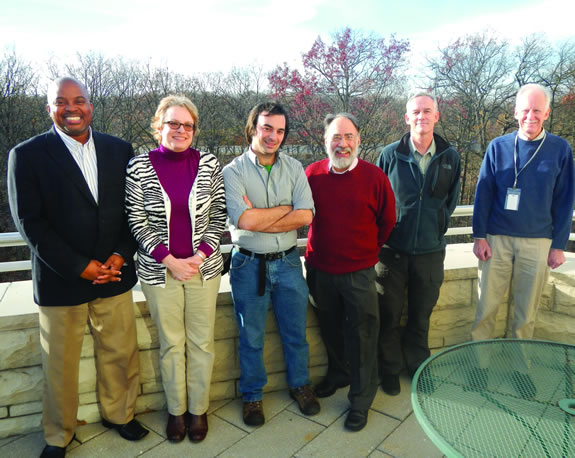 Alan Chodos, Associate Executive Officer of APS and editor of APS News, has announced his retirement at the end of this month. Alan has been at the editorial helm since the March 2000 issue, and has introduced a number of new features, including the popular "This Month in Physics History." Taking over from Alan as APS News editor will be David Voss, founding editor of the APS publication Physics, which launched in 2008, and former senior editor of Science. David has worked in research journal publishing since 1986, and has written for a number of publications including Science, Nature, New Scientist, Physics World, Technology Review, and Wired. (L to R): Kerry Johnson (art director), Nancy Bennett-Karasik (design and production), Mike Lucibella (staff science writer), Alan Chodos (outgoing editor), David Voss (incoming editor), Ed Lee (proofreader).