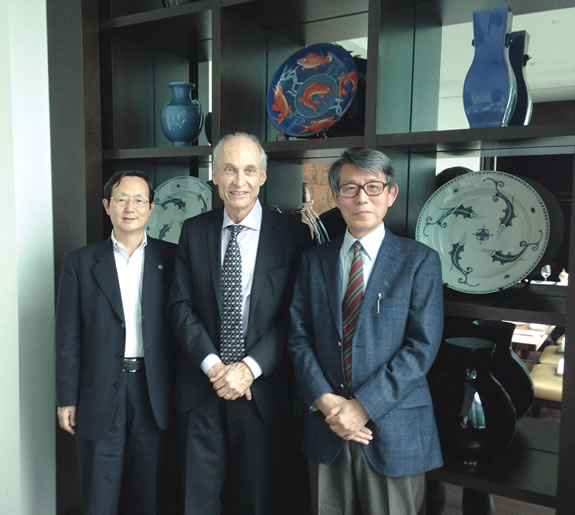 On October 24, APS President Michael Turner hosted APS Fellows from the Tokyo area at a luncheon that also included the presidents of the two most prominent Japanese physics societies, the Physical Society of Japan (JPS) and the Japanese Society of Applied Physics (JSAP).

The two societies have largely disjoint memberships. JSAP has more than 23,000 members, and JPS about 18,000.

APS has 1762 members in Japan, about 3.5% of total APS membership, thus making Japan the country with the largest number of APS members outside of the US. Fifty-seven of the Japanese members are APS Fellows.