By Robert A. Eisenstein 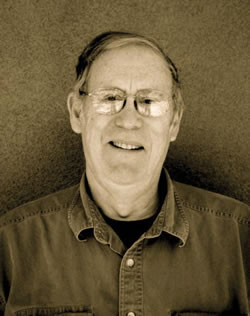 No one reading this page needs to be reminded of the crisis facing the United States in K-14 education, especially in math and science. Since the high point for STEM education that characterized the Sputnik era, the slope has been steadily downhill. For over 30 years, one prominent committee after another (1) has issued dire warnings about what this state of affairs portends for our national future. Action needs to be taken, but what can be done? And by whom? The answers are: "a lot," and "by all of us."

In this article I want to describe my evolution from a completely focused R1-level university professor and science administrator to a committed partner in K-14 STEM education. After a cursory view of the issues we face I'll describe the Santa Fe Alliance for Science, an organization I co-founded in 2005 with Susan McIntosh, a local elementary-school science teacher. The purpose of SFAFS is to help improve K-14 STEM in the Santa Fe area and to boost the perception of science held in our community. It is almost entirely a volunteer effort.

For those of us concerned about the nation's future in STEM fields, it's very troubling that for large swaths of the country, education — particularly STEM education — just doesn't seem to matter very much. I think though that this is an area where our science and engineering communities can play a very positive role, as indeed many STEM professional societies already are.

Our educational systems are accurate mirrors of what has become educationally acceptable locally and in the country as a whole. In fact, education is so deeply embedded in the social fabric that our remedial efforts must occur in a society-wide context. There is no single magic elixir that will make things right. Two outstanding publications that view our K-12 educational systems in this comprehensive way are the "Quality Counts" (2) and "Kids Count" (3) annual national and state surveys. Both make clear the essential roles of factors such as high-quality teaching, parenting, family income, poverty, pre-school and kindergarten enrollment, development of early literacy and numeracy, and so on.

Perhaps not surprisingly, these surveys show the same few states at the top, and the same few at the bottom, year after year after year. My home state (New Mexico) is in the latter category. Since statehood (1912), the creation of a robust educational system has been a continuing challenge here. This is due to many factors: a rather small, multicultural minority-majority population (~ 2.1 million, 36th in US, 2010) dispersed over a large land area (5th); a largely rural, agrarian (non-industrial based) economy; and low per capita income ($23K, 45th, 2010).

A dramatic example of our problem is the situation facing the Santa Fe Public Schools. Poverty affects as many as half of our school families, and out of about 13,500 students in the SFPS district, almost 1,000 are homeless ("homeless" is defined as a student with no fixed address). This means that for a substantial fraction of our kids, school is probably not the most important thing they are thinking about that day. Since parents are often working more than one job, they are often not available to give their children the kind of help they need (e.g., nutritional meals, help with homework, or attending school functions).

In terms of academic performance the situation is rather bleak. While in recent years student scores on the National Assessment of Educational Progress (NAEP) have shown modest upward progress, it's still true that New Mexico students lag far behind the national average on the 4th, 8th and 12th grade literacy and math tests. In our elementary schools students are reading well behind grade level, while in math our average student enters middle school math (think pre-algebra and possibly algebra) very poorly prepared in fundamental math skills. It's common to find students who cannot add a column of numbers, who do not know the multiplication tables, and are completely at sea with ideas like fractions, ratios and proportion. This poor state of affairs has a significant impact on New Mexico's future, because a major outcome is that we are not producing a workforce that has a strong enough technical component. This hinders the state's ability to attract new business.

However, the technical staffs at our national labs (LANL, Sandia, White Sands) and at Intel are potentially an important resource for New Mexico in STEM education, since we have one of the highest per capita ratios of STEM professionals of any state. Building on this resource, from 1990 to 1995 Sandia established a program of science advisors (SCIAD) in the Albuquerque Public Schools in which staff members spent about one morning per week in a science or math classroom. At its peak, the program was active in ~150 schools in the Albuquerque area.

Other areas in New Mexico are also replete with STEM talent: Los Alamos, Las Cruces (New Mexico State University and White Sands) and Santa Fe (near LANL). Each has seen the establishment of programs making use of this resource. In terms of purely volunteer effort, the Science Education Alliance in Las Cruces was active from ~1991 until ~2011, and in Santa Fe, SFAFS began in 2005.

SFAFS is an organization of well more than 100 volunteers who work with students and teachers to help improve K-14 math and science education. Many are retired STEM professionals, but we recruit anyone who can contribute meaningfully. There are many ways to do that. This broader approach helps imbed SFAFS more completely into the community.

SFAFS offers high school and community college tutoring and mentoring in all science and math subjects, provides advisors and judges for science fairs, and offers an evening "Santa Fe Science Café for Young Thinkers" series for middle and high school students. More recently established are programs for "Professional Enrichment for Middle and High School Math and Science Teachers," and a "Math Blitz" effort aimed at improving the math skills of middle school students.

Our goal is to raise the profile of math and science in a community that heretofore has had little regard for these subjects. We want to illustrate to students (and parents) that engineering, math and science are interesting subjects that are valuable parts of their basic education and are accessible as career prospects. Here's how our programs have developed over the last eight years: The Alliance is led by a Board of Directors. Day-to-day operations are overseen by a director and four board members who manage the major program segments. Operating funds mostly come from an NSF award, but nearly 25% comes from local private foundations and individuals. Annual operating expenses in 2012-2013 were ~ $35,000.Of course the heart and soul of the SFAFS program is its large, enthusiastic corps of volunteers. At present, we have about 100 people on our active rolls, but since inception the number is much larger. Their loyalty and commitment has been an inspiration and is the main reason for whatever success the Alliance has enjoyed. Finding volunteers in a small community like Santa Fe is not so easy, yet year after year we are able to do it.

A main purpose in writing this article is to open a discussion about whether programs similar to SFAFS would be a reasonable thing for the APS to sponsor. Their thrust would be quite different than the existing APS educational efforts since they would emphasize direct, immediate contact with students in a variety of venues. APS members can also provide important career advice and can serve usefully as knowledgeable voices of reason on issues like evolution, climate change and relativity.

An APS program like this would make excellent use of its natural advantage, for APS is nothing if not 50,000 math and science "content experts." When student interactions are done well, and they can be much more often than not, they have a powerful, immediate and positive impact on all concerned. And it's great for students to see that scientists are engaging, sympathetic, real people — just like they are.

Eight years in, we believe that SFAFS has been a significant, very cost-effective success. It has substantially helped to rejuvenate K-14 math and science education in Santa Fe. Based on what's happened here we believe that similar successes could be had elsewhere, and that APS, with its already outstanding programs in education, could play a leading role. I hope that proves to be possible.

Bob Eisenstein is retired in Santa Fe, NM after a rewarding career in university-based nuclear and particle physics and as a science administrator at the National Science Foundation.