A Stint in Italy’s Parliament Teaches Many Lessons 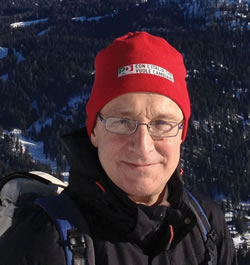 As Cardinals began to gather in Vatican City to elect a new Pope earlier this year, another type of conclave was occurring only a few kilometers away. In the Italian Parliament in the heart of Rome, Giovanni Bachelet was saying arrivederci to his colleagues. For the past five years, the physicist has served his nation as an elected member, and as a deputy in the Italian Democratic Party. When his term ended on 24 February 2013, he stepped down to return to a life of academic research.

His decision not to pursue a second term in Parliament was not “because I feel unhappy,” he explains. “But this is not my profession.” Rather, his profession, he notes with pride, is physics. An APS member since 1980, when he was a young postdoc at AT&T Bell Labs in Murray Hill, New Jersey, he has served as a professor of physics at Sapienza University of Rome for the last twenty years.

An expert in the theory of electronic states, Bachelet has been involved in some form of the political process for many years, actively participating in campaigns and referendums. “I am interested in the democratic development of my community,” he says. Much of this desire to affect change stems from his parents. His father, a prominent judge, professor of law and religious leader, was later elected to the Rome city council and then to the leadership of the Consiglio Superiore della Magistratura (Supreme Council of Magistrates), which is similar to the Supreme Court in the US. His mother, a teacher, “participated with enthusiasm” in her school board elections, he recalls. As a youngster, Bachelet realized “it’s not just about your own career, but about contributing to society too.” He was additionally influenced by the examples of John F. Kennedy, Martin Luther King, and Pope John XXIII with his reform of the Catholic Church in the 1960s, and together with an extended Boy Scout experience, took to heart to always “be prepared, and take action, if needed, in both volunteer political activism and elected government positions,” he says.

In 2008, the (then burgeoning) Democratic Party asked him to run for office and be part of their list of candidates for the national Parliament. Bachelet obliged, “even if the election was far from certain,” he recalls. He hoped to “support Italy’s progress toward a tighter European integration and thus toward European standards in education and research, civil and social rights, fight against corruption, and promote media freedom.” In a few words, more than becoming a member of the Parliament, his goal was to help his country resume Democratic Party President Romano Prodi’s center-left program, or at least free it from Berlusconi’s nightmare. The opposite, however, occurred: Berlusconi won the elections and became Prime Minister, but Bachelet was elected and served most of the time in the parliamentary opposition, except for the very last year, when an emergency bipartisan government was formed after economic problems and Berlusconi’s personal shenanigans led to his party’s loss of power.

One of his proudest accomplishments as a member of Parliament was helping to block a bill which would have negatively affected high school teachers. “The government wanted to increase their working time by 30%, without increasing their salaries,” he explains. “Teachers in Italy are paid less than average European teachers. With a few colleagues I was able, on the basis of sound data, to convince first my party, and then the entire committee which dealt with this bill, that schools and teachers had suffered from previous budget cuts more than any other part of the public administration, and a further thwack was simply not acceptable.” As a result, the government withdrew the bill.

While it is an honor to serve his country as an elected official, it is not an easy job, he notes. It is physically demanding, particularly for someone who is not a “career politician.” He jokingly compares his time in Parliament to his experience as a professor: As an academic, he considers department meetings and other service requirements as “a tax I have to pay in order to do the two things I like, which are research and teaching,” he says. “In this respect, a term in Parliament is as exciting as being locked in a department meeting for five years in a row.” But while he laments that 50% of his time was spent in assemblies with other politicians, “the most extraordinary thing is what you gain in the other half,” when he would convene one-on-one with constituents.

On weekends, Bachelet would travel all over Italy “meeting with people who want to know what is going on in Rome and how their particular problem is being treated,” he says. “People really appreciate talking to members of Parliament. The most enjoyable thing is that people get excited if given a chance to participate in government, especially those who are far away geographically, or feel far away from the process.”

His physics background aided him, in his ability to “understand and elaborate numbers rapidly by heart,” he says. “Lawyers are not as familiar with statistics.” Bachelet’s linear and logical approach to problem solving also contributed to his success, and he affirms that by studying physics, he gained an aptitude for presenting results to many different types of audiences, and responding to difficult questions on the spot. “I know what I’m an expert in and to be assertive, and I know what I don’t know and to say that I need to do further research to give an answer,” he says. “That’s an important difference with ‘professional’ politicians: in my country many of them tend to elude questions they don’t know how to answer. I realized that all of our voters, and not just [political] activists, prefer to be treated as adults.”

Although he is looking forward to rebooting his research program, he is not leaving politics completely. Until the next internal selection of the Democratic Party leadership, he will remain President of the National Forum on Educational Policies within the Party, a position he has held since 2009.

As he prepares to leave his post, he reflects on what this foray onto a national stage has taught him. “It confirmed three ideas which my father and mother taught me as a boy,” he says. “First, it’s easy to talk politics at lunch or coffee break, but it’s difficult to take an entire nation a tiny step forward, or, sometimes, prevent a step back: this requires technical skills, energy, patience, and savoir faire. Second, bad politics is usually the result of an immature society, and thus, for the progress of democracy, education is by no means less important than direct political engagement. This is why, after five years of civil service, I am going back to my usual profession of university professor.”

And the third lesson which Bachelet has learned from his tenure in Parliament is that “each generation must pay a price to maintain freedom and welfare for the next generation.” He points out that his father, who was also a consultant to the Vatican and considered a personal acquaintance of the Pope, paid the ultimate price for his advocacy: in 1980, he was assassinated by the Red Brigades, a terrorist organization credited with murdering many other Italian politicians in the 1970s and 80s. “My sacrifice of five years of physics in favor of five years in the Parliament was much less than my father’s sacrifice of his life at the age of 54.”

Alaina G. Levine is a science writer and President of Quantum Success Solutions, a science career and professional development consulting enterprise. She can be contacted through her website.