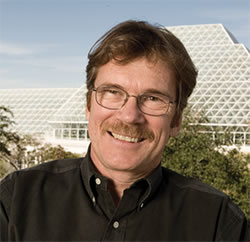 The new Lead Editor for Physical Review Letters is Pierre Meystre of the University of Arizona. He succeeds Jack Sandweiss of Yale, who held the position for 25 years.

“Physical Review Letters is, in my opinion, the greatest physics journal. It is absolutely essential that this position be maintained and strengthened going forward in the face of a number of complex but interesting challenges,” Meystre said.

Meystre will be in charge of the day-to-day operations of PRL, including handling author appeals as well as other major editorial decisions of the journal.

“We are fortunate that Dr. Meystre will be leading PRL into the future,” APS’s Editor in Chief Gene Sprouse said in a statement. “His prior involvement with PRL and his strong editorial experience is very compelling. We look forward to Dr. Meystre following Jack Sandweiss as an inspirational leader for the journal.”

Meystre is an APS Fellow and has been a referee for PRL for years. He is an optical physicist who specializes in quantum optics, atomic physics and the statistical properties of radiation.

In addition he is the director of the Biosphere2 Institute which addresses the “Grand Challenges whose solutions require the combined expertise of a broad range of scientific fields and diverse interdisciplinary talents.” He is also the director of the Arizona Center for STEM Teachers.

Meystre received his PhD from the École Polytechnique Fédérale in Lausanne, Switzerland in 1974. He joined the University of Arizona as a professor of physics in 1986 and was head of the department from 2005 through 2007.

The search committee announced his selection in mid-June and his first day as Lead Editor was on the first of July.