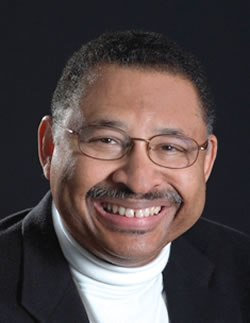 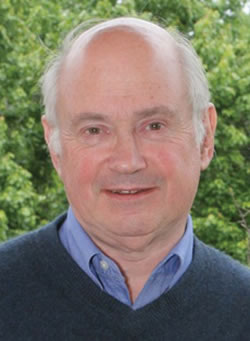 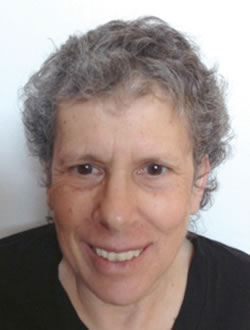 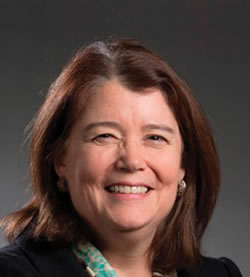 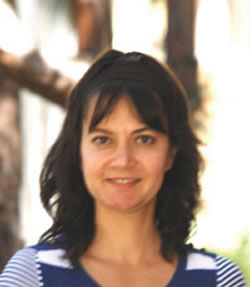 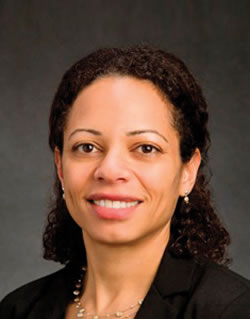 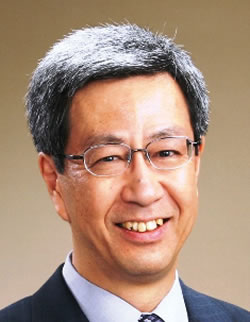 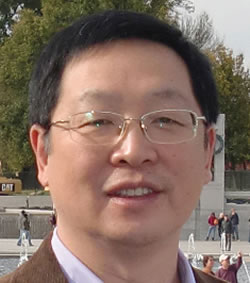 The APS Society-wide election is now in full swing, running until the end of June. Every APS member should have received an email notice with instructions on how to vote online. Below are capsule biographies of the candidates for the various positions. The person elected as vice-President will join the APS Presidential Line, serving next year as vice-President, then as President-elect, President, and past-President over a four-year cycle.

More complete information about the election, including expanded candidate biographies and statements, can be found on the APS General Election web page.

Neal was the principal originator of both the D0 and ATLAS groups at the University of Michigan. Neal has served as Regent of the Smithsonian Institution. His service on numerous advisory committees and directorships include: Oak Ridge National Laboratory, MIT Visiting Committee on Sponsored Research, Board of the Center for Strategic and International Studies, Argonne National Laboratory, Lawrence Berkeley Laboratory and Fermilab. He is currently the PI for the Michigan-CERN REU Program allowing US students to spend a summer of research at CERN.

Stewart Smith is a particle physicist whose major research interest is the BaBar experiment at SLAC. As Spokesperson (2000-02) and Technical Coordinator (1999) he had central roles in BaBar’s 2001 discovery of CP-violating asymmetries in B meson processes. For these achievements he shared the APS Panofsky Prize in 2011. Previously, Smith carried out experiments at the Deutsches Elektronen-Synchrotron (DESY), Fermilab, and at the Brookhaven AGS.

Smith received BA and MSc degrees from the University of British Columbia and his PhD degree from Princeton University in 1966. After postdoctoral work at DESY, he joined the Princeton faculty in 1967, chairing the Physics department from 1990 to 1998, and spending 2000 to 2002 as Visiting Professor at Stanford University. In 2006, Smith was appointed Princeton’s first Dean for Research, bringing under his umbrella several previously separate administrative departments. Several major campus research centers report to him, as does the Princeton Plasma Physics Laboratory (PPPL). This summer Smith will take on a new university position as Vice President for PPPL.

Smith chaired the APS Division of Particles and Fields in 1991 and later served on the Physics Planning Committee. He has worked on numerous advisory committees over the years for the DOE and for National Laboratories in the US, Canada, and at CERN.

Chair-Elect, Nominating Committee
Beverly K. Berger retired from the US National Science Foundation where she was Program Director for Gravitational Physics from late 2001 through 2011. Previously, she had spent 24 years as a faculty member at Oakland University (Michigan). Her research field is theoretical gravitational physics with recent emphasis on singularities and other properties of cosmological spacetimes.

In 1995, she founded and was the first Chair of the APS Topical Group in Gravitation (GGR). She was elected again to the Executive Committee as vice-Chair in 2012. She was a member of the APS Council and chaired the Committee on the Status of Women in Physics, the Publication Oversight Committee, and the selection committees for the Aneesur Rahman Prize for Computational Physics and the Dannie Heineman Prize for Mathematical Physics.

Patricia McBride is a Senior Scientist and Director of the CMS Center at Fermilab and a collaborator on the CMS experiment at CERN.

Her main research interests are in the areas of experimental particle physics, scientific computing and instrumentation. She was the Deputy Head of the Fermilab Computing Division and served as the deputy computing coordinator for the CMS experiment at CERN during the commissioning and startup phase of the experiment.

She was elected Chair of the APS Division of Particles and Fields (DPF) and serves as a member of the APS Physics Policy Committee.

She served as the Chair of the Commission on Particles and Fields (C11) of the International Union of Pure and Applied Physics (IUPAP) and was a Vice-President of the IUPAP Executive Council. She is currently the Chair of the US Liaison Committee for IUPAP.

She has served as a member of various committees and advisory groups.


General Councilor
Dolores Bozovic received her PhD in Physics in 2001 from Harvard University, on electron transport in carbon nanotubes. She switched fields for her postdoctoral training, joining the Sensory Neuroscience Laboratory at Rockefeller University on a HHMI fellowship. From 2005 to the present, she was Assistant and then Associate Professor at the Department of Physics and Astronomy and the California NanoSystems Institute, at University of California Los Angeles.

The Bozovic lab focuses on problems at the interface between physics and auditory neuroscience. Her laboratory is interdisciplinary in nature, with experimental and theoretical tools from different fields integrated to address the open questions. As a teacher, she has focused on incorporating instrument-building with biophysical measurements, and has received teaching awards. She has been a mentor for a number of undergraduate research programs for underrepresented minorities, as well as a research mentor for Marlborough School, a mid- and high-school for young women.

Nadya Mason is an associate professor of physics at the University of Illinois at Urbana-Champaign, and a principal investigator at the Frederick Seitz Materials Research Laboratory.

Her research focuses on the electronic properties of low-dimensional materials and the unique behavior they exhibit due to confinement, strong electron interactions, and material structure. Mason is an advocate for diversity in physics; she has actively engaged and mentored women and underrepresented minority graduate, undergraduate, and high-school students. She chairs the Physics Diversity Committee at Illinois (2011–) and is a current member of the APS Committee on Minorities (2013–2016). She also served as co-organizer of the condensed matter sessions of the National Conference of Black and Hispanic Physicists (2007–2011).

International Councilor
Kiyoshi Ueda is a professor at Tohoku University. He was also a visiting scientist at University of Maryland (1985-87), an invited senior scientist at Daresbury Laboratory in the UK (1992-1993), and an invited professor of Université Paris Sud in France (1998). He has also occasionally played the role of an opponent for the PhD thesis in some universities abroad, such as Uppsala University in Sweden and Turku University in Finland.

His research centers on photoionization and photofragmentation of atoms, molecules, and clusters by synchrotron radiation, femtosecond lasers, and short-wavelength free-electron lasers (FELs).

Mu Wang is the Cheung-Kong professor in condensed matter physics and the Director of the National Laboratory of Solid State Microstructures at Nanjing University (NJU), China.

As an experimental physicist, Mu’s research interests focus on the fundamentals of interfacial growth and the optical properties of microstructured materials.

Mu has been the member of the Standing Committee, the Council of Chinese Physical Society since 2004, and a member of the Commission on Structure and Dynamics of Condensed Matter (C10) of the International Union of Pure and Applied Physics (IUPAP) since 2011. He is an APS Fellow, and also a Fellow of the UK Institute of Physics.

As the Director of the Laboratory, he endeavors actively to promote exchanges and cooperation between different countries with diverse cultural backgrounds, exemplified by the exchange program he helped establish between Johns Hopkins University and NJU and the “dual-degree” program between NJU and Louisiana State University.